"Monopoly for Millennials" mercilessly pokes fun at the selfie generation. But not all millennials are laughing. (Image source: YouTube screenshot)
Dave Urbanski

"Monopoly for Millennials" may be the holiday gift of 2018.

The new version of the iconic Hasbro board game mercilessly pokes fun at millennials: From the box's tagline ("Forget real estate. You can't afford it anyway") and the product description ("Adulting is hard; take a break from the rat race...") to the familiar top-hatted tycoon who sports earbuds, sunglasses, a coffee cup, and an "I participated" medal with ribbon pinned to his tuxedo, it's a hilarious roast.

What else is unique about the game?

Players don't buy up properties; they collect "experiences" — such as a weeklong meditation retreat, bellying up to an artisanal coffee bar, heading to the vegan bistro or the farmer's market, or simply your friend's couch or your parents' basement. 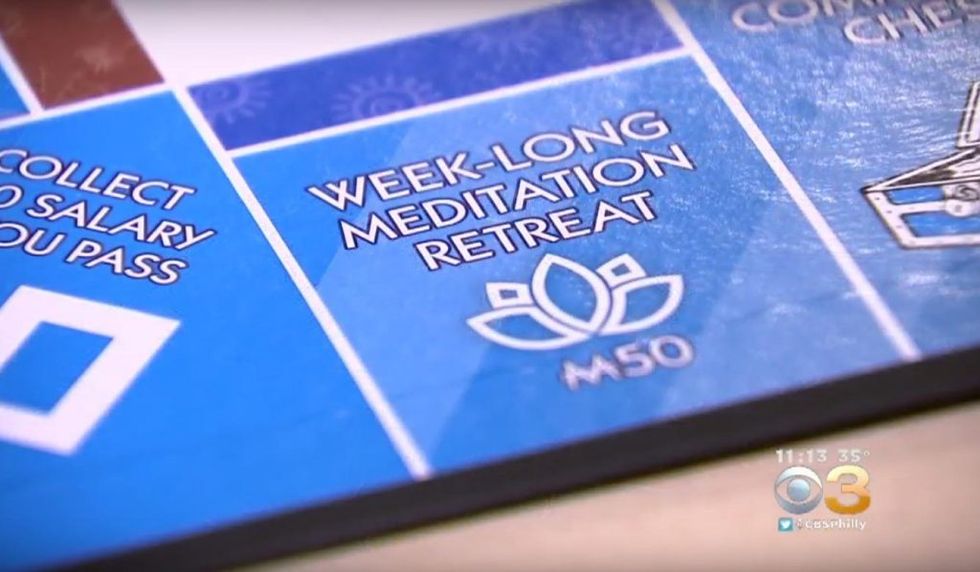 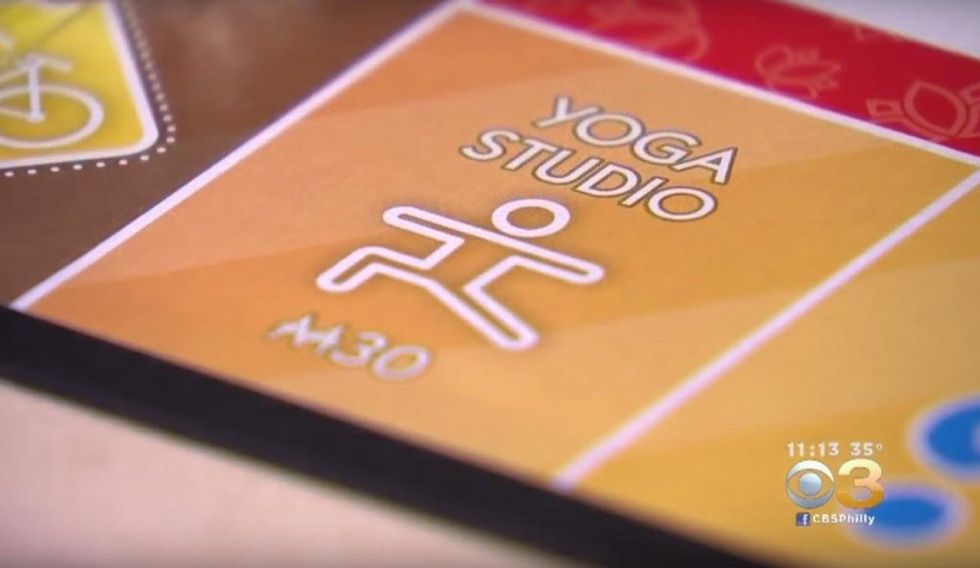 How are millennials reacting?

While some are taking the skewering in stride, others seem to be — ahem — a tad triggered: 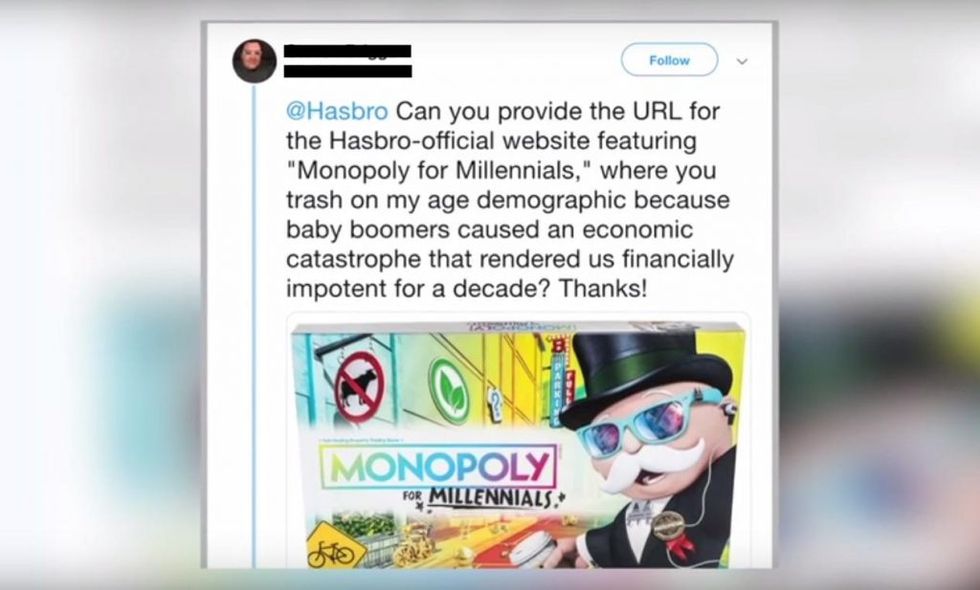 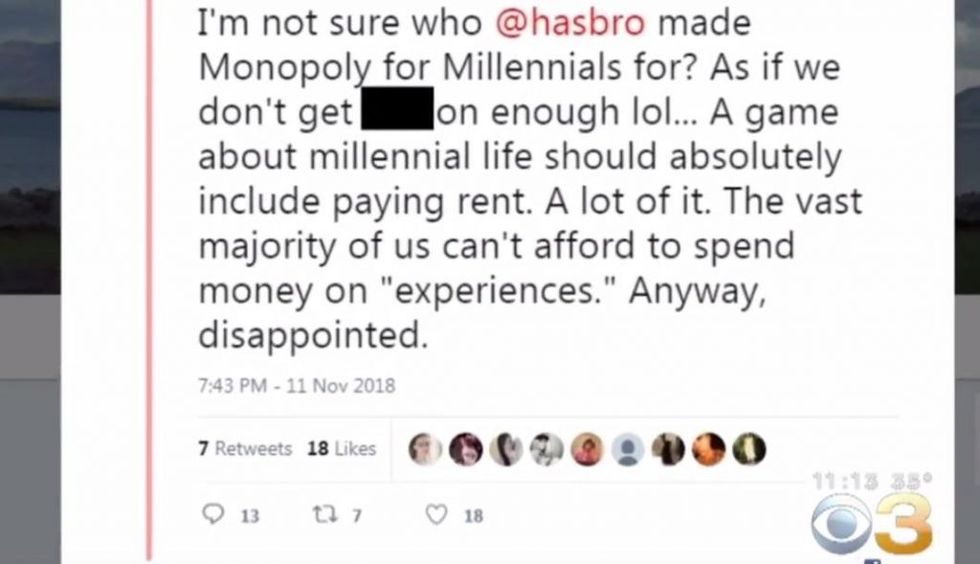 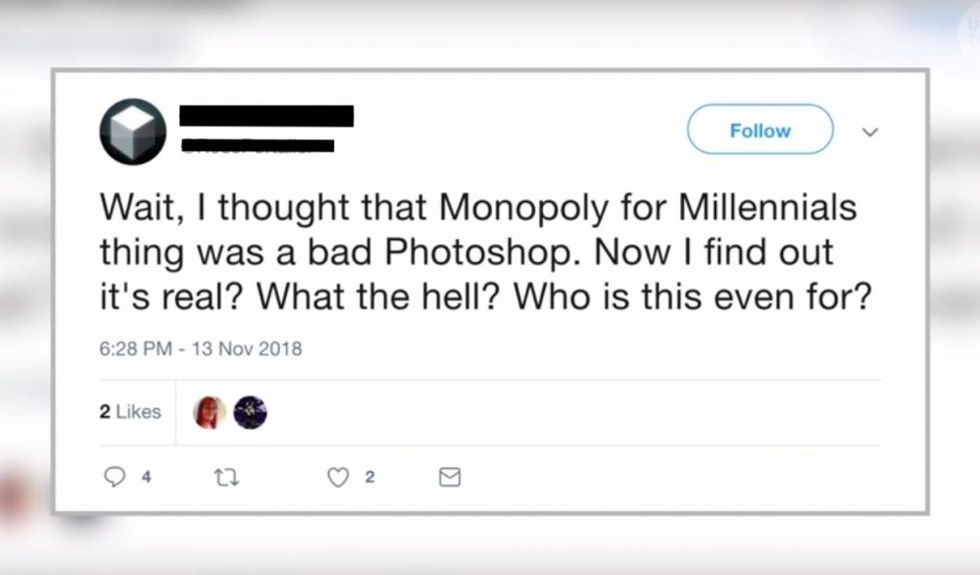 Want to see more detail? Check out this "unboxing" video: