He said he was just... joking.

Police in Redmond, Washington, confiscated guns from a 23-year-old man after he posted a "concerning" photo of himself and a caption about the controversial "Joker" movie.

The tweet showed the man posing with guns with the message, "One ticket to Joker please." 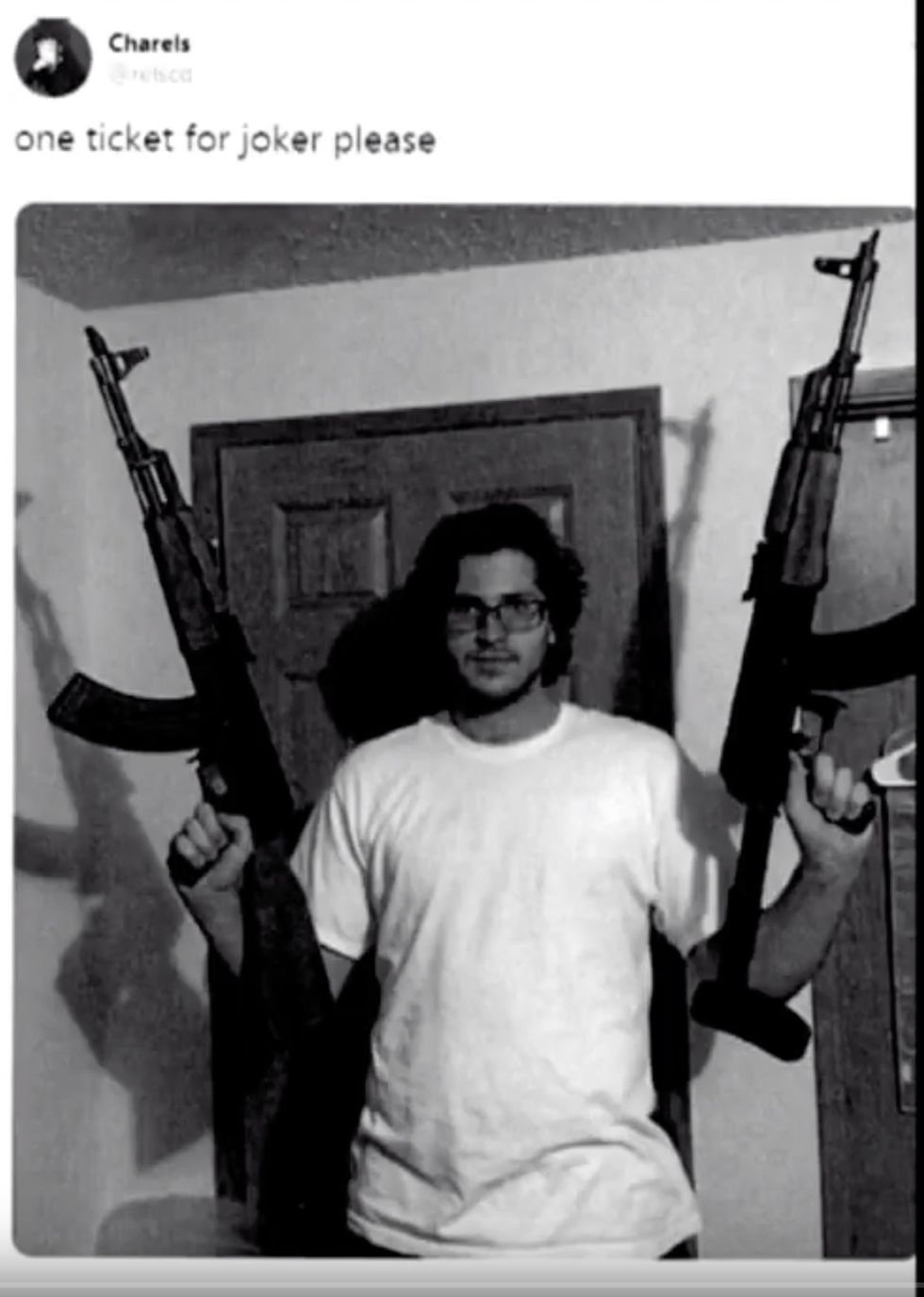 U.S. officials issued a warning about possible attacks at movie screenings of the movie, which many criticized as glorifying and justifying violence in response to social isolation.

Police obtained an Extreme Protection Order after discovering other disturbing messages from the man including some about violence against women.

He also identified as an "incel," which is short for involuntarily celibate, a group that had been identified as a possible source for attacks as a result of the "Joker" movie.

Police say the man was cooperative when they contacted him about his social media posts. While he had obtained a license for two guns, they found that he was in possession of eight weapons. His license was revoked and the guns were confiscated.

He reportedly said that the post was just a joke.

The man has not been charged, but he is scheduled to appear for a hearing about the matter.

Here's a local news video about the story: