Dear Christians, It's Time to Stop Being Timid

You believe in your free speech? Great. Good for you. Now use it to say some things that might make people mad. Use it to upset the established order. Use it for something.

To my fellow Christians:

A lot of you have emailed me over the past week asking that I write something about Kelvin Cochran, the decorated Atlanta fire chief who found himself recently suspended and then fired for his views on homosexuality. We've all been here before. Many times. It's the same old song, repeated over and over again, until we become numb to it.

Cochran wrote a book called "Who Told You That You Were Naked?" I haven't read it, save for two passages, but it sounds like a worthwhile read. He covers a wide range of moral issues and explains how we should interpret these things through the lens of Scripture and Christian teaching. In a lengthy missive that stretches for, presumably, hundreds of pages, Cochran mentions homosexuality only twice. If anything, he tiptoed around the issue:

“Uncleanness—whatever is opposite of purity; including sodomy, homosexuality, lesbianism, pederasty, bestiality, all other forms of sexual perversion.”

“Naked men refuse to give in, so they pursue sexual fulfillment through multiple partners, with the opposite sex, the same sex and sex outside of marriage and many other vile, vulgar and inappropriate ways which defile their body-temple and dishonor God.”

A pretty basic summation of not just Christian views on sexuality, but views pretty well in line with most of the world's major religions, including Orthodox Judaism and Islam. But just because this doctrine is held by literally billions of people worldwide, spanning across the globe and going back thousands of years, doesn't mean progressives won't be "shocked" and "appalled" by it. Cochran's message indeed sparked the standard tedious outrage from the insufferable masses of fragile liberal whiners, who of course called him "bigoted" and "intolerant" and "hateful" and every other word that's breathlessly trotted out anytime someone defies leftwing sexual dogmas.

And then came the suspension. And then the termination. The city now claims that he was fired not for his views, but for violating various protocols in writing a book without approval. This is nonsense, obviously. They're trying to take cover under "protocols" because this story has drawn outrage and protests from the religious liberty crowd, but that's not the tune they were humming originally. Back when he was first canned, Mayor Kasim Reed wrote the following on his Facebook page:

“I profoundly disagree with and am deeply disturbed by the sentiments expressed in the paperback regarding the LGBT community. I will not tolerate discrimination of any kind within my administration.”

Notice, he didn't say "I profoundly disagree with the interpretation of publication protocols." Rather, he specifically condemned the man's beliefs, and then fired him. He fired him for his beliefs. Period.

Did Cochran follow proper procedure with this book? I don't know. But I do know that if he'd written a book about bird watching, nobody would care about the procedure. And if he wrote something titled "Gay, Proud, and Black: My Coming Out Story," you can guarantee that not only would he not be fired, regardless of procedure, he'd have been awarded a medal, a pay raise, the key to the city, an Oprah special, and a fist bump from the president. This is clearly about what he said, not the manner in which he published those thoughts. Everyone knows it.

This is TLC firing the "Duck Dynasty" dude all over gain, or HGTV canceling the Benham Brothers, or the protests over Chick-fil-A, or the CEO of Mozilla getting canned for donating to Proposition 8, or any of the other innumerable examples of someone being professionally punished and publicly flogged for having unacceptable beliefs about human sexuality. There is no doubt

that a crusade is underway, and Christians are the evil dragons these liberal knights in shining armor are out to slay.

But here's the problem: many Christians only view this as a "religious rights" matter. That's what I've seen all over the blogs and on Fox News. That's what the protests are always about. That's what people ask me to write about whenever this happens.

But it's more. I think it's time, fellow Christians, that we stop simply asserting that these various public figures have a "right" to their views on sexuality, and instead start exclaiming, in a loud and clear voice, that these people are also right in having those views. They have right to the views, yes, but their views are also right. And the fact that their views are right is no small detail. What makes the censorship of Christian philosophy so insidious is not that it's simply unconstitutional, it's that it silences the truth.

Remember Hobby Lobby? Many Christians claimed, rightfully so, that they had the right to not provide abortifacients to their employees. But fewer Christians -- far fewer -- actually took the next step to insist that they were correct in not providing the abortifacients. See, we all love to talk about our rights, but we're increasingly hesitant about discussing what is right. And, trust me, that matters.

[sharequote align="center"]We all love to talk about our rights, but we're increasingly hesitant about discussing what is right[/sharequote]

It matters. It matters because if you act like the truth of Cochran's statements are irrelevant and his rights should be protected regardless, you have essentially, whether purposefully or not, ceded ground to progressives. You've enforced their opinion that Cochran and men like him are "anti-gay" and "bigoted," and assumed the position of simply defending his liberty to be an anti-gay bigoted jerk.

Think of it this way: if Cochran wrote a book extolling the virtues of wonders of satanism, or suggesting that we all go back to the pagan days and start making blood sacrifices to Apollo, I doubt any of us would be out protesting on his behalf. As an academic matter, we might talk among ourselves about the slippery slope of firing satanists and pagans, but we wouldn't be outraged about it. In fact, we might even approve of it. Why? Because satanism and paganism are destructive, horrible, evil lies. It's probably not a bad sign if our society opposes them.

We all repeat that old cliche about how we "don't approve of what you say but we'll die for your right to say it" or whatever, but very few of us actually feel that way. I don't. I can tell you right now, I would not "defend to the death" your right to be a satanist. I wouldn't. I wouldn't die for that. No way. I also wouldn't defend to the death your right to be pro-abortion. Or anti-Christian. Or Socialist. That's not to say that I think the government should prohibit these views, it just means that I'm much more upset when the government prohibits views that are true.

The truth in Cochran's comments are the most important thing here. If you will defend his right to say it, but not defend his rightness in saying it, then you are either an honest and pragmatic liberal, or a cowardly, timid, halfhearted conservative Christian. If you agree with his comments, but will only publicly agree with his right to make the comments, then you are probably doing more harm then good. You're running the race only halfway. You're standing on the peripheral of the most contentious and bloody of battles, too afraid to grab a sword and fight for victory.

We're losing the culture because all we ever do is yell that we have a right to our opinions, yet many of us are unwilling or seemingly unable to actually explain the opinions themselves. We want to be accepted, but not necessarily believed. We want to be able to be against gay marriage or abortion, but we seem less interested in explaining why. We're neutering ourselves. Disarming. We're giving up our most compelling argument, and that argument is not that we have a right to participate in the argument, but that we are right about what we're saying in the argument.

The worst thing about Cochran getting fired is that he was fired for saying something very true, very real, and very important. It's not a tragedy that some generalized, generic "belief" was punished; it's a tragedy that truth was punished. What he expressed isn't just the truth, it's Natural Law. He spoke to something that is innate and inherent in our humanity. He shed light upon a darkness and was castigated for it. That is the real crime here. Not that "free speech" was infringed, but that true speech was infringed. 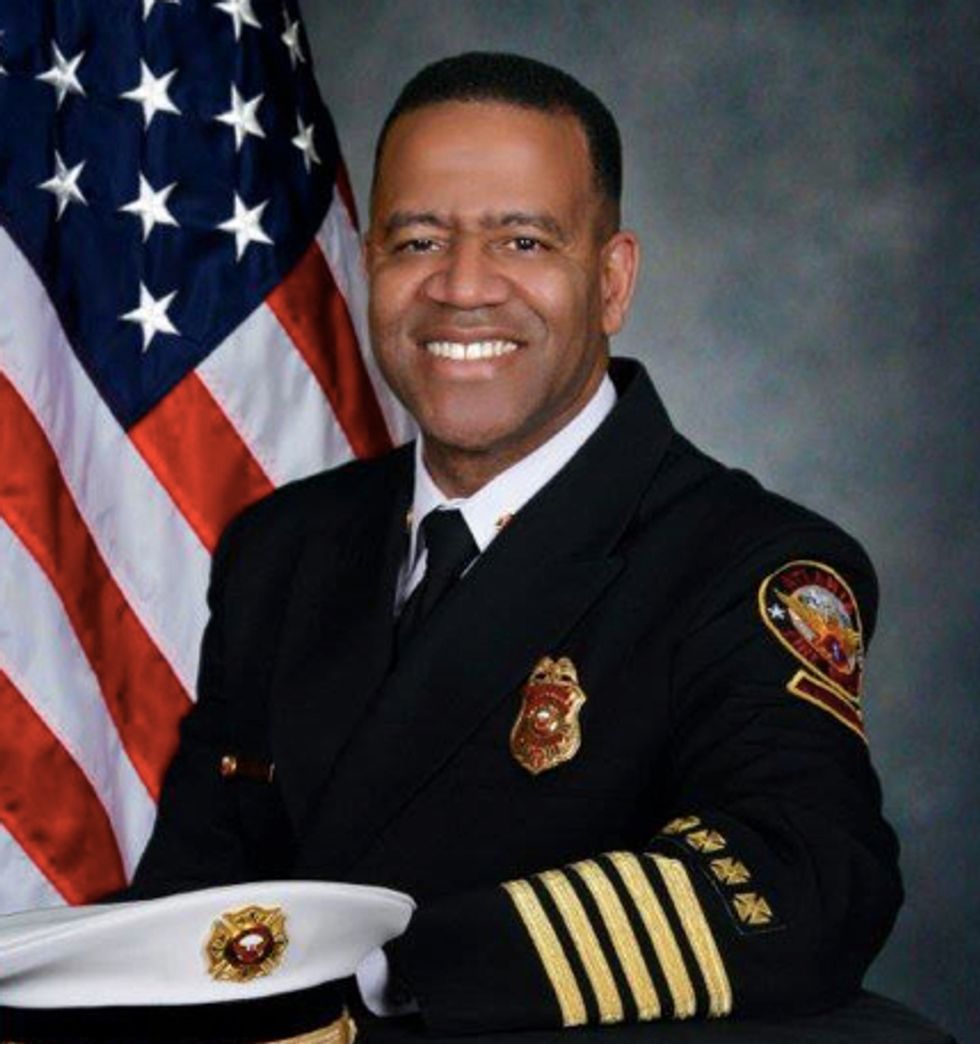 There is a natural order to human sexuality, just as there is with everything. It is self-evident that homosexuality lies outside of that order. The homosexual urge or desire is not sinful because it is not chosen, but the act itself is wrong. Like all good things, sex must be placed in a certain context. The better and more powerful the thing, the more important it is to respect that context. That's why Cochran was correct to single out not just homosexuality, but infidelity and sex outside of marriage.

Sex, in its proper form, is committed, loving, natural, and creative. Creative, in the sense that it can potentially give life. Sex is disordered if by its nature it can never give life. Notice the "by its nature" phrase. The nature of heterosexual sex is that it can create life. Whether a couple is infertile by physical defect or old age, that does not in principle change the nature of heterosexual sex. The other variety, in contrast, can never create. It is impotent in principle. Fruitless by design. In fact, rather than by its nature having the capacity to make life; by its nature it has the capacity to harm and injure.

Sex before marriage or adulterous sex might not be disordered from a physical perspective, but it is gravely morally perverse. It lacks the other essential ingredients, namely, it is not committed or loving (which is sort of redundant, as everything that is loving is committed).

These are the difficult, "controversial," dangerous things that every Christian ought to be saying if they really care about Kelvin Cochran or anyone else who goes out on a limb to speak truth. You believe in your free speech? Great. Good for you. Now use it to say some things that might make people mad. Use it to upset the established order. Use it for something.

We as Christians may have a ways to go before we can win our culture back, but we'll never get there if all we do is insist that we have a right to our opinions. Yes, we have a right to them. But, more importantly, we're right about them. That's the real message we should be sending.