A vote for principles is never a wasted vote.

US Libertarian Party presidential candidate Gary Johnson walks in Lafayette Park across from the White House during an interview with AFP in Washington, DC, on May 9, 2016. (NICHOLAS KAMM/AFP/Getty Images)
Elias J. Atienza

"Always vote for principle, though you may vote alone, and you may cherish the sweetest reflection that your vote is never lost.”

Last week, Kristin Tate, libertarian firebrand and opinion columnist, said if you're not supporting Donald Trump, you're supporting Hillary Clinton. There are only two pragmatic choices for the presidency she claims.

And I believe she is wrong.

The simple fact is a vote for a third-party is not a wasted vote. And voting for someone other than Donald Trump is not supporting Hillary Clinton. 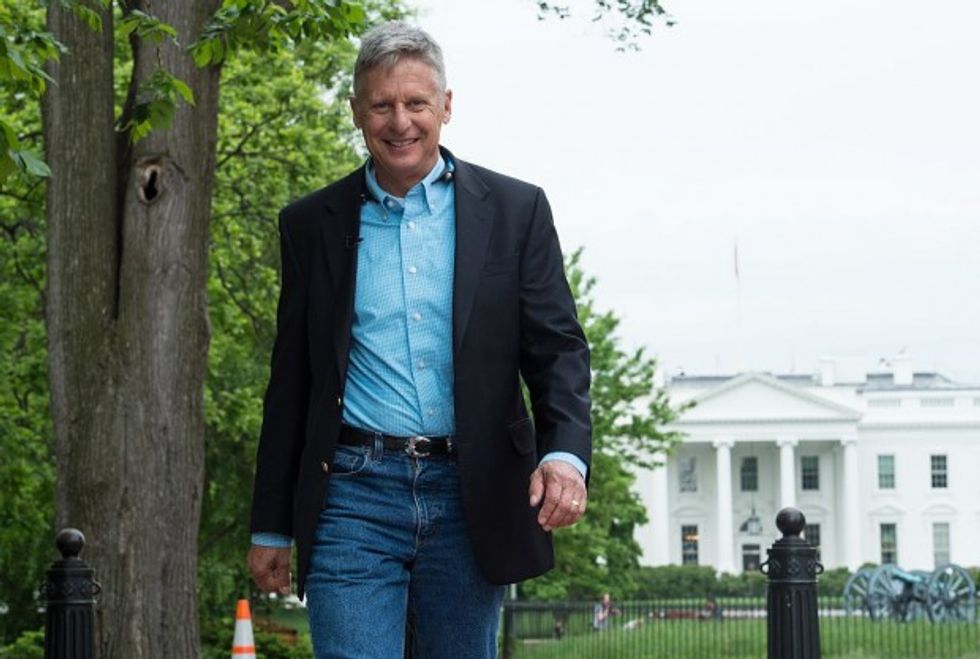 US Libertarian Party presidential candidate Gary Johnson walks in Lafayette Park across from the White House during an interview with AFP in Washington, DC, on May 9, 2016. (NICHOLAS KAMM/AFP/Getty Images)

So what does this mean?

It mean that a third-party candidate has the real chance of winning this election. They are not going to play spoiler, especially considering how unpopular both candidates are.

In the past week of polling, Trump has lost every single poll he's been in. In the current polling as collected by Real Clear Politics, he is losing by about a margin of 7 percent when going up against Clinton. When Trump is against Clinton and Johnson, that margin stays the same.

As Taylor Millard of Hot Air writes, "So let’s stop with this ridiculous notion that all Johnson does is take votes away from Trump. The facts show it’s a pretty even split or more votes are taken from Clinton."

But, some may say, Johnson isn't a pragmatic choice. After all, the Libertarian Party hasn't had much impact on any presidential election. The most they've ever garnered was 1 percent of the vote back in 1980.

But that is where the buck stops. This election year is anything but normal. If the Republican nominee was anybody else, Johnson would not be receiving half of the media attention he is getting now. But unfortunately for the Republican Party, Donald Trump is their nominee.

Johnson will be on the ballot in all 50 states and the only third-party candidate to do so. He is polling at record numbers; last week he polled at 12 percent in a IPD/TIPP poll while also doing the best among voters aged 18-24.

Voting for the lesser of two evils is still evil. I cannot vote for Trump or Clinton and many Americans feel the same.

It is time to stop enforcing the two-party system and allow third-parties a chance to grow. It is time to realize that both the Republican and the Democratic parties are the problem. They are the parties of civil rights violations, violating the Constitution, increasing our national debt, and bigger government.

Both parties are the problem.

“Stand and speak and vote your conscience, vote for candidates up and down the ticket who you trust to defend our freedom and to be faithful to the Constitution.”