Glenn Beck said Wednesday that "the world has gone absolutely stark, raving mad," and Americans "can't go down with it."

Beck began his radio program by discussing the Islamic State's horrific execution of a captured Jordanian pilot, saying he originally did not want to post the images of the man being burned alive, but he decided Americans can't shield themselves from what is happening.

When one caller suggested we fly those responsible up to 30,000 feet and "kick their behinds right out," Beck cautioned that while Americans must be aware of the evil of the Islamic State, they must not emulate "its callousness and coldness, its anger, its viciousness." 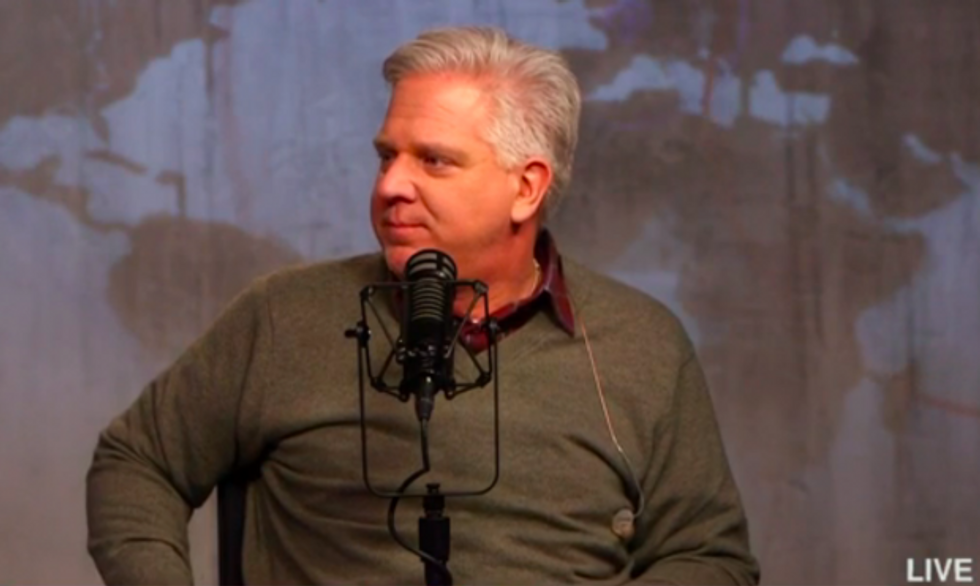 Beck also condemned the media for "denying reality" by focusing on the issue of vaccines -- when most agree they are a modern miracle, but some object to making them government mandated -- at a time when he believes "real, honest-to-God problems" like the Islamic State should be the main topic of discussion.

Beck said he believes the world is "at the beginning" of everything that he has been warning about for years, and "now it is all here, and now people can begin to see it."

"Now people can begin to say, 'Wait a minute, there is a caliphate. Wow, they are going to try to kill all of us. ... Nazism and communism are coming back. The hatreds of the 1930s -- there are people talking about killing the Jews."

"I think we are at the beginning of our globe radically changing," Beck said.

The full episode of The Glenn Beck Program, along with many other live-streaming shows and thousands of hours of on-demand content, is available on just about any digital device. Click here to watch every Glenn Beck episode from the past 30 days for just $1!