Her Husband Died Last Week, but Left Behind an 'Amazing' Valentine's Day Surprise: 'Oh My Gosh

That's why the Illinois woman was left in awe when she came home and found a bouquet of flowers and a box of chocolate covered strawberries awaiting her arrival. 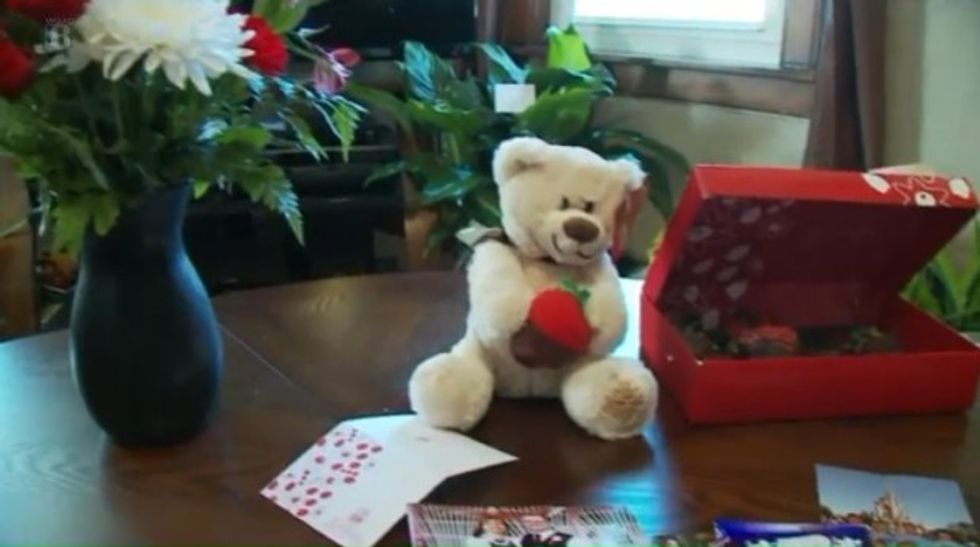 They had been sent from her late husband, Randy.

"I came home and when I took the bag off, I saw the hearts and I just started in the back of my mind thinking, 'Oh my gosh,'"she told WQAD-TV.

“It’s not unlike him to give me flowers, but to do that, that far ahead and have it set up for me already was amazing,” Kelly added. 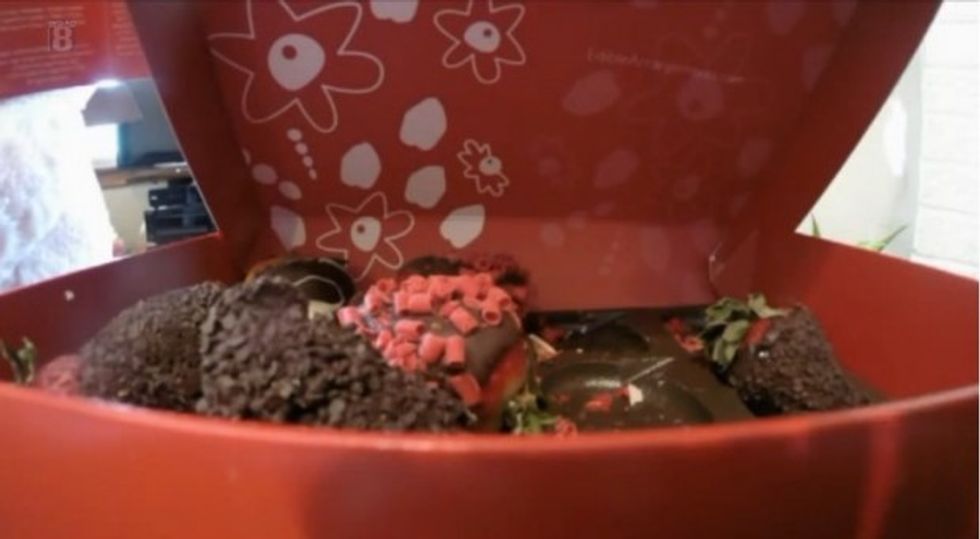 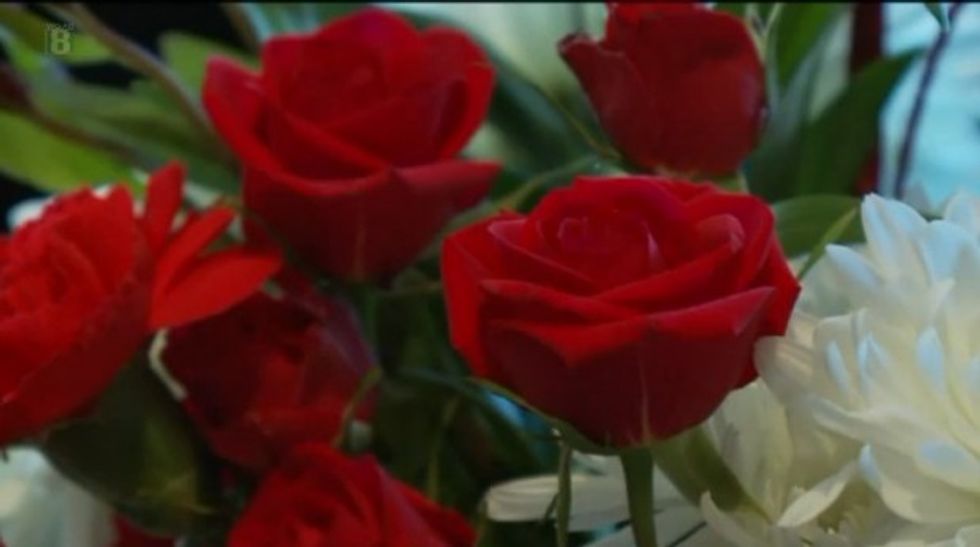 “Then the card in it says, ‘Happy Valentine’s Day, Randy. P.S. Save some for me,'" Kelly added. "That’s just amazing to me, that’s just the icing on the cake.”

[sharequote align="center"]“Then the card in it says, ‘Happy Valentine’s Day, Randy. P.S. Save some for me'"[/sharequote]

Kelly told WQAD that Randy often went out of his way to surprise her.

“It really just doesn’t even surprise me that this happened. I almost would just look at him and say, I knew you would do something. I knew you would have that last ding, because that’s how he was,” she said. 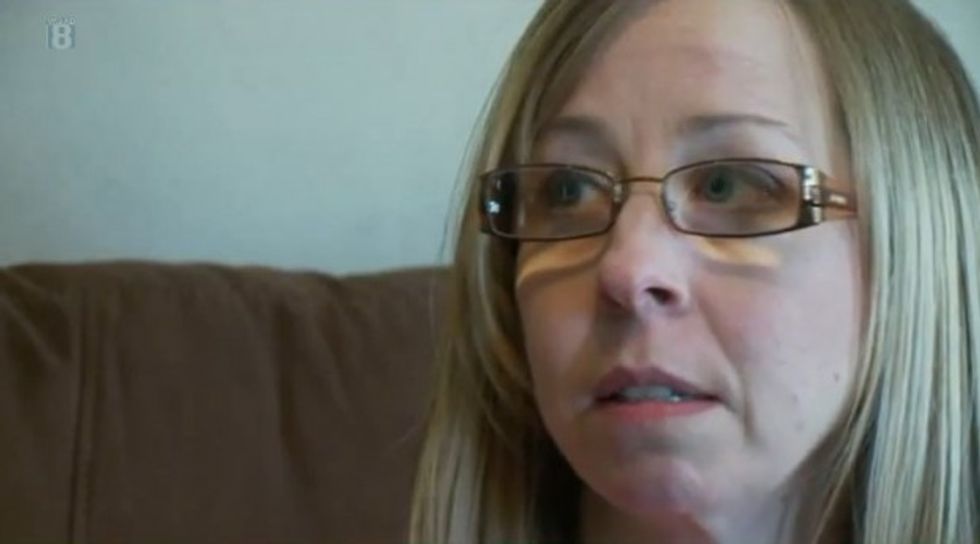 For instance, Randy had recently been working on finishing a dream bathroom for Kelly.

“There were so many things leading up to that day,” Kelly told WQAD. “Like him showing me in the bathroom where he had planned on finishing things, so that I had a mental picture of everything. So when his brother came in and asked what his plan was, I actually knew.” 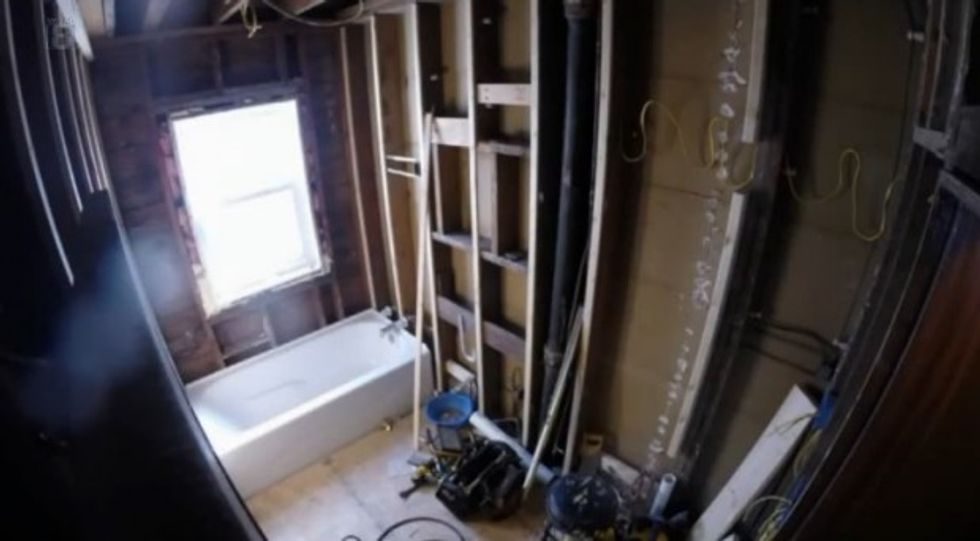 While working on the bathroom, Randy died from a heart attack.

“His family had a history of heart problems. We were working on our bathroom and he was trying to carry things up and down the stairs when he shouldn’t have been,” Kelly said. “I came home and found him, and it was just too late.”