We Have Come to Take Our Country Back': Rand Paul Joins the 2016 Race

"...return our country to the principles of liberty..."

"I have a message, a message that is loud and clear and does not mince words. We have come to take our country back," he said to cheers from supporters and family members in his announcement speech in Kentucky. "The Washington machine that gobbles up our freedoms and invades every nook and cranny of our lives must be stopped." 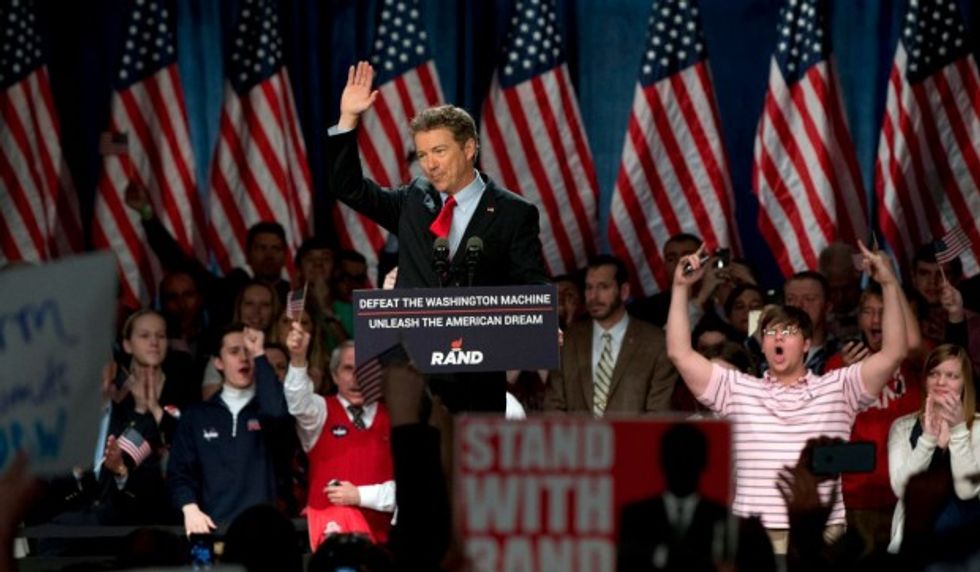 "To rescue a great country now adrift, join me, as together we seek a new vision for America," he said. "Today, I announce with God's help, with the help of liberty lovers everywhere, that I am putting myself forward as a candidate for president of the United States of America."

Paul is a favorite among libertarians and constitutionalists who want to see power devolved from Washington, D.C., and given back to the states. His announcement speech noted his well-known devotion to the Constitution, a guide for limited government that he believes has been ignored for the last several years.

"We need to boldly proclaim our vision for America," he said. "We need to go boldly forth under the banner of liberty that clutches the Constitution in one hand, and the Bill of Rights in the other."

Paul cited the massive national debt and bloated annual budget deficits as signs of government run amok, and said both parties can be blamed for this outcome. He said a constitutional amendment would be needed to fix that problem.

"Big government and debt doubled under a Republican administration, and it's now tripling under Barack Obama's watch," he said. "President Obama is on course to add more debt than all of the previous presidents combined."

"Couldn't the country just survive on $3 trillion? I propose we do something extraordinary — let's just spend what comes in," he added.

Paul also hit on well-known issues of his such as such as school choice, limiting foreign aid and ending warrantless surveillance of innocent Americans by the National Security Agency as a way of gathering intelligence. "As president, on day one, I will immediately end this unconstitutional surveillance," he said.

For many Republicans, Paul's weakness is his opposition to an interventionist foreign affairs stance — that position of his has put him at odds with Republicans like Sen. John McCain (R-Ariz.) and others who seek a much more aggressive role in fighting emerging threats. But on this issue, Paul made it clear that he will not take a back seat on the idea of defending America.

"The enemy is radical Islam, you can't get around it," he said, a nod to the Obama administration's aversion to using that term. "And not only will I name the enemy, I will do whatever it takes to defend America from these haters of mankind." 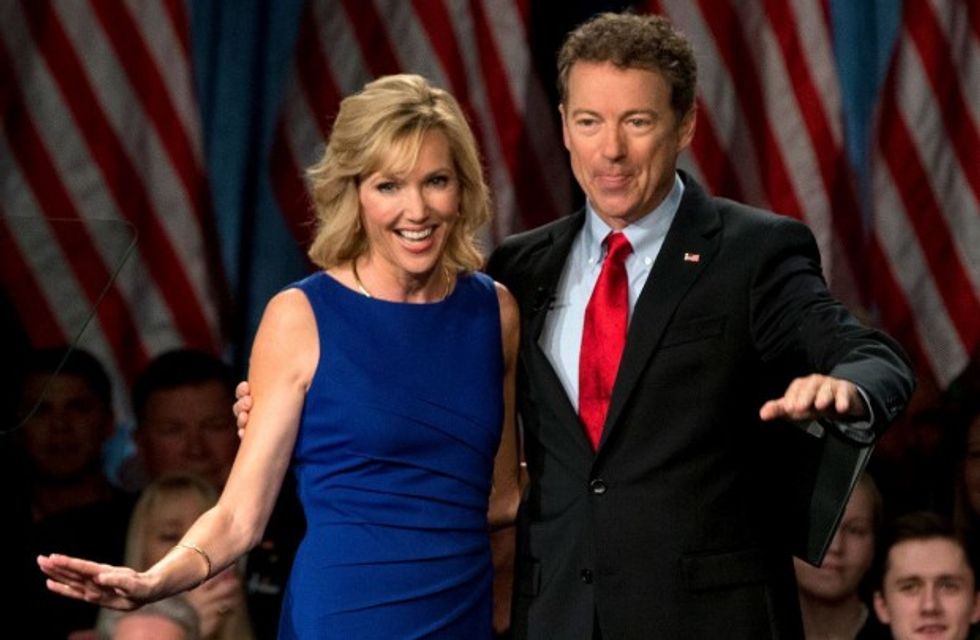 Paul joined with other Republicans who have said Congress needs to approve any Iran nuclear deal that's finalized under the Obama administration. He also said he would "oppose any deal that does not end Iran's nuclear ambitions and will have strong verification measures."

Paul has gone out of his his way to seek common ground with Democrats, including by favoring reduced prison sentences for minor drug violations. He said last year that U.S. prisons are too filled with "black and brown kids," and today, he said the U.S. should repeal any law that disproportionately puts more minorities in jail.

School choice is another issue he hopes to use to bring minority voters to his cause. "We need to stop limiting kids in poor neighborhoods to failing public schools, and offer them school choice," he said.

In March, Paul said his effort to win over traditional Democratic voters is a key difference between himself and Sen. Ted Cruz (R-Texas), the only other major Republican figure who has declared himself a candidate for 2016.

"I guess what makes us different is probably our approaches to how we would make the party bigger," Paul said. "I'm a big believer that you should stand on principle and be true to your principles, but I also think that we should take those principles and try to bring in new people."

Both candidates, however, agree that the GOP needs to nominate a clear-cut conservative instead of what Cruz calls a candidate of the "squishy" middle.

"If we nominate a candidate who is simply Democrat-lite, what's the point?" Paul asked today. "Why bother?"