MSNBC host Chris Hayes apologized on the air Thursday after he took Fox News host Bill O’Reilly’s remarks about the Confederate flag out of context.

“In a segment on the Confederate flag, I said that Bill O’Reilly said that it represents the bravery of Confederates who fought in the Civil War…It’s also quite clear from the context of the discussion he was having that he was not giving his own views, but talking about how some other people view or understand the flag,” Hayes said Thursday. “We should not have attributed that view to him. Fair is fair. I got it wrong, I apologize.” 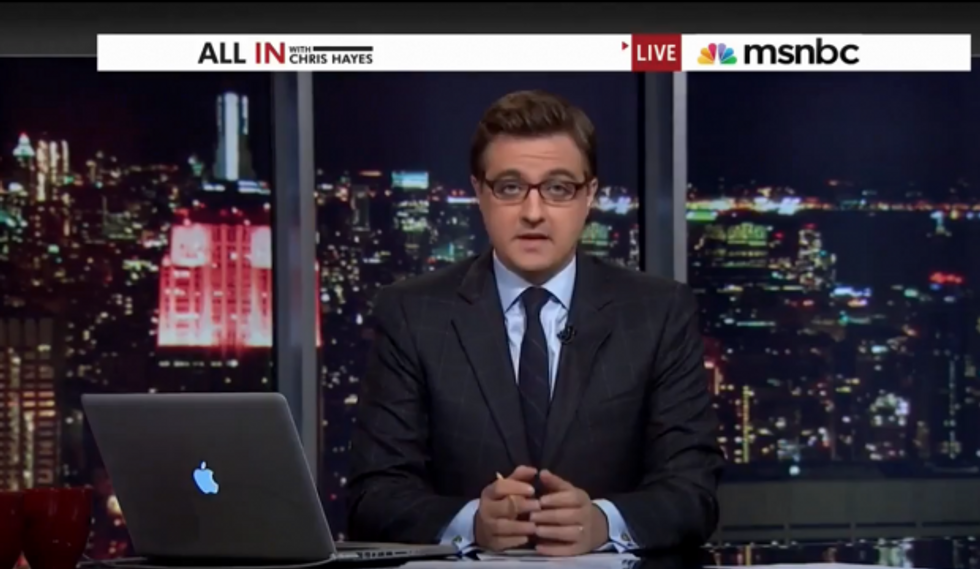 Here’s exactly what O’Reilly said about the Confederate flag earlier this week:

“For some other people who see it in a historical context, it represents bravery in war…In your mind, it represents hate. And everybody should know what the two sides are believing.”

And here’s how Hayes reported it on MSNBC:

“Now, almost as soon as the backlash against the Confederate flag started to gain momentum, the backlash to the backlash got underway, much of it from some predictable sources…Bill O’Reilly said it represents the bravery of Confederates who fought in the Civil War.”

O’Reilly called Hayes’ comments a “complete distortion” on Wednesday night and labeled the TV host as the “biggest failure in cable news.”

Watch O'Reilly's reaction via "The O'Reilly Factor" below: