So Much Freedom: Pro Shooter Rocks the National Anthem and 'Marines' Hymn' Without Singing a Single Note

Nothing quite says freedom like a performance of the national anthem using a suppressed .22LR rifle in honor the Fourth of July. 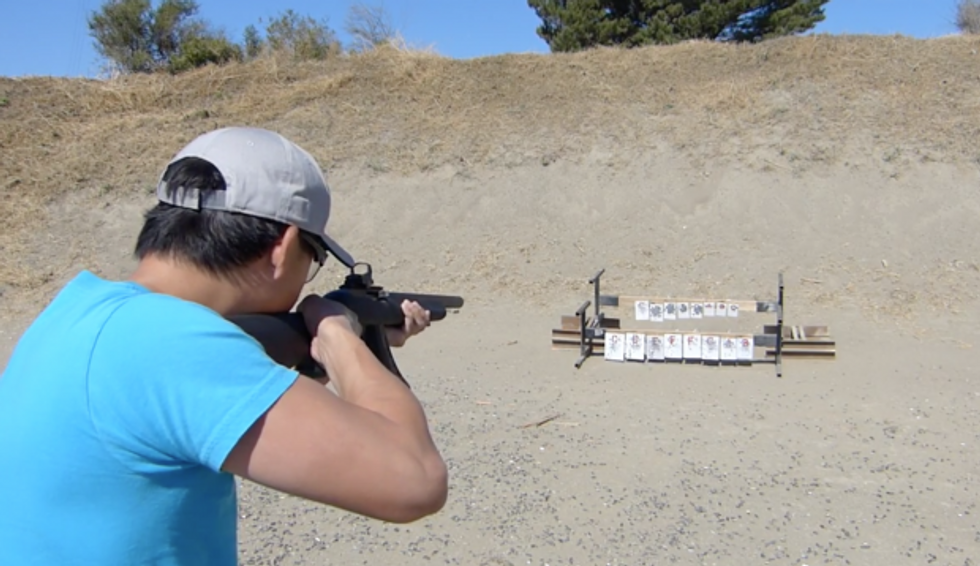 Professional shooter and “Top Shot” champion Chris Cheng uploaded a video of his pro-gun rendition of the “Star-Spangled Banner” on YouTube Tuesday to “celebrate our nation’s independence” and also to demonstrate just how quiet a suppressed Ruger 10/22 rifle is.

“It is so quiet that the pinging and the musical tones downrange are louder than the report coming from the gun,” Cheng explains in the video, which appears to have been shot in multiple takes. “Let’s go shoot some freedom.”

Get ready for the Fourth of July weekend by watching Cheng’s performance of the national anthem: