Taylor Griffin, who according to her LinkedIn profile is a press assistant in the Democratic congresswoman's office, tweeted photos and videos of herself and other activists marching and carrying signs. Griffin also tweeted an images of her with the group apparently shutting down I-395, a heavily traveled freeway in D.C. 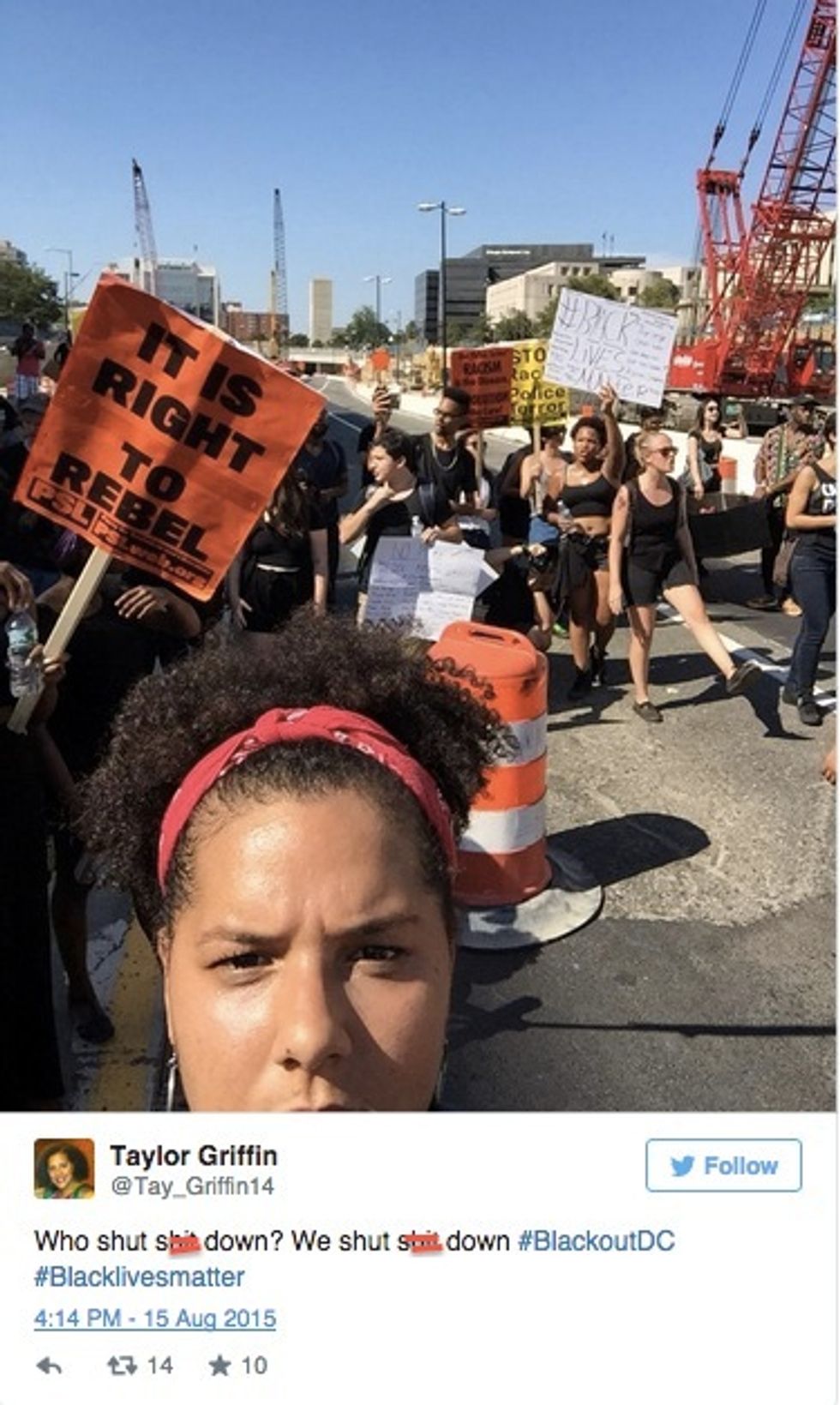 Deray McKesson, a prominent activist who was among those arrested in Ferguson, Missouri, earlier this month, was also with the group marching Saturday. Singer-songwriter Janelle Monáe, who has been outspoken regarding police brutality, participated in the protest as well. Monáe performed a concert in Washington, D.C., later Saturday night.

A spokesperson for the D.C. police told TheBlaze that the department had no knowledge that the freeway had been shut down. However, videos posted to social media show activists walking among cars at a standstill while shouting "black lives matter" over the honks of the stopped cars.

According to those social media posts, activists marched through Chinatown, around the Capitol building and to the White House.

According to a crowdsourcing page for Saturday's protest in the nation's capital, the activists were marching to protest racial discrimination in the U.S. and raise “awareness for black unity, equality and strategies to combat state-sanctioned, racially motivated violence against black people.”

The crowdsourcing page — which asked for donations to cover microphones, food and other materials — noted: “Goals: To pressure the government into responding to and acting on the cry for racial equality while inciting and deploying citizens to join our fight for equality.”

Griffin did not respond to TheBlaze's request for comment via Twitter message. It is unclear how long traffic was stopped on I-395.

In December 2014, Pelosi opened a weekly news conference with a statement regarding the death of Eric Garner, a black man who died in Staten Island, New York, after a police officer put him in what's been described as a "chokehold" during an arrest.

"I support President Obama's recent call for measures to increase trust between law enforcement and communities and Attorney General Holder's call for federal investigations," she said then. "It's very sad. All lives matter."

The Black Lives Matter campaign has already been prevalent in the 2016 presidential campaigns.