‘We Have Lost Our Picture’: World Series Broadcast Interrupted by ‘Technical Difficulties’

The World Series broadcast on Fox was disrupted during Game One Tuesday evening due to technical problems.

Viewers were suddenly greeted with a message that explained the network was "experiencing technical difficulties" about half way through the game. 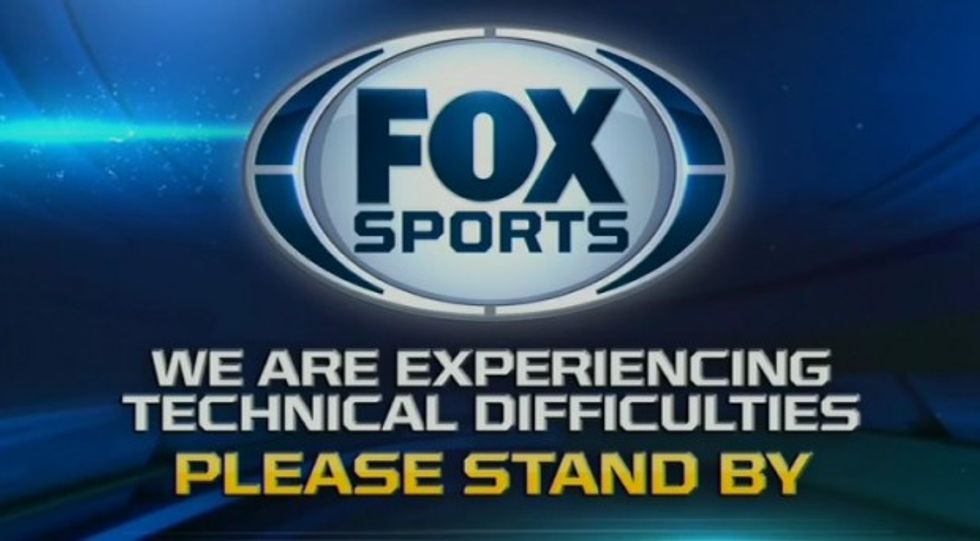 After briefly flashing the message on the screen, Fox cut away to three anchors in a studio who explained the technical glitch was the result of a loss of power to a broadcast truck.

"We have lost our picture," one of the broadcasters said.

The game was delayed as officials worked to stream a useable feed to American viewers. Ultimately, Fox started streaming Major League Baseball's international feed while it attempted to fix its own.

According to a Fox reporter, both teams agreed to resume play without a replay ability during the fiasco.