"We have no idea how Pelletier managed to smack this goal home."

After Nathan Pelletier's amazing goal was caught on video, the Hockey News said the 16-year-old's acrobatic effort "may be the goal of the year." 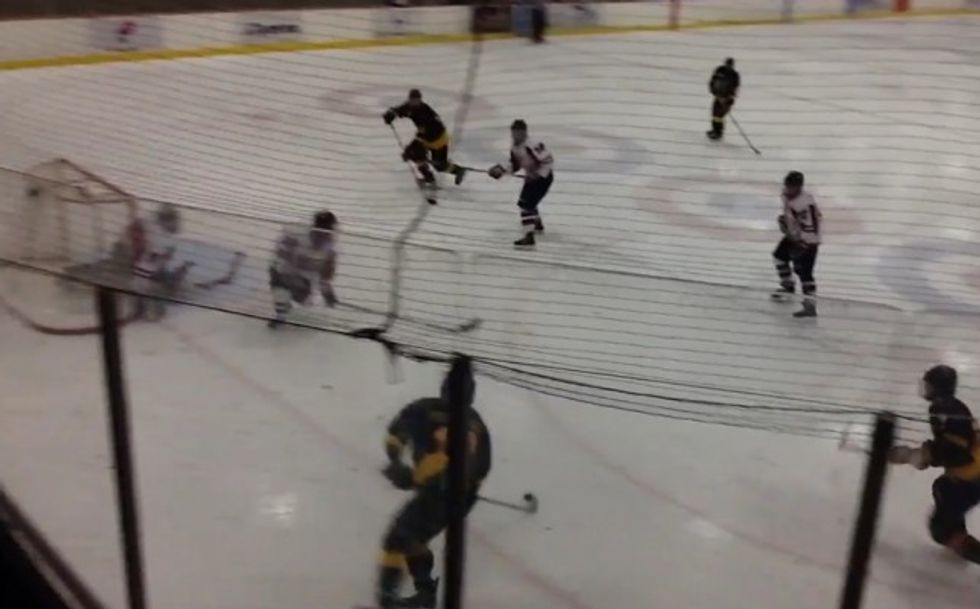 Pelletier took the puck for his British Columbia team, Burnaby Winter Club U18, to the side of Couer d’Alene Hockey Academy's net. Then Pelletier "used an incredible amount of creativity to bury a diving, line-drive" shot past the goalie.

When the teen moved toward the net, he flipped the puck into the air over his opponent — 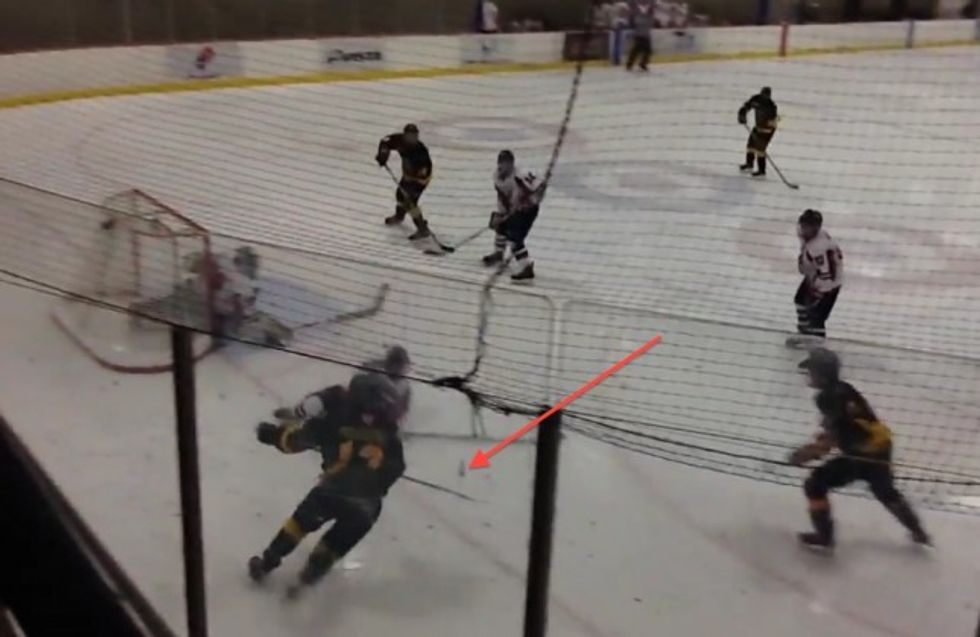 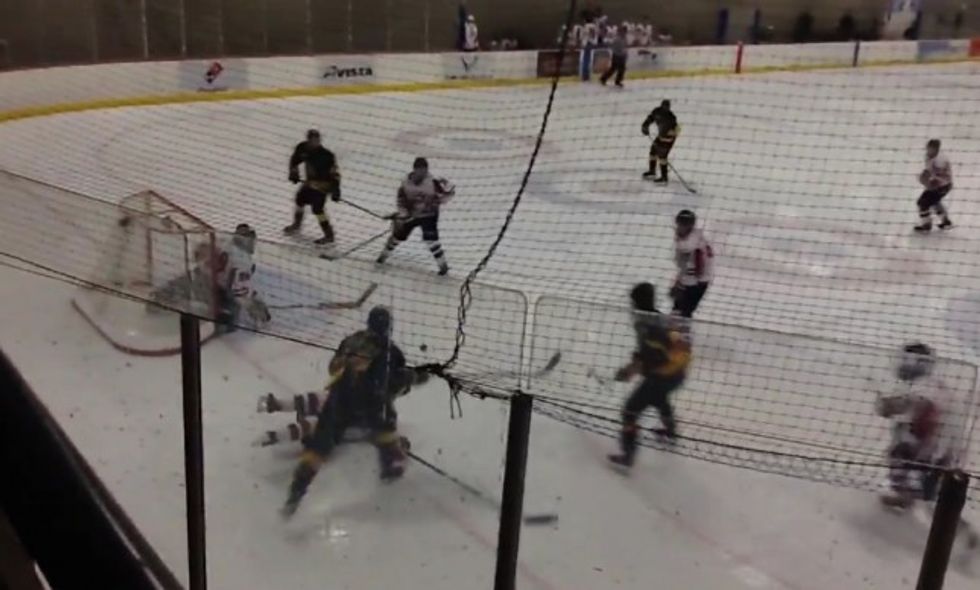 — and then batted the puck like a baseball into the back of the net before falling to the ice. 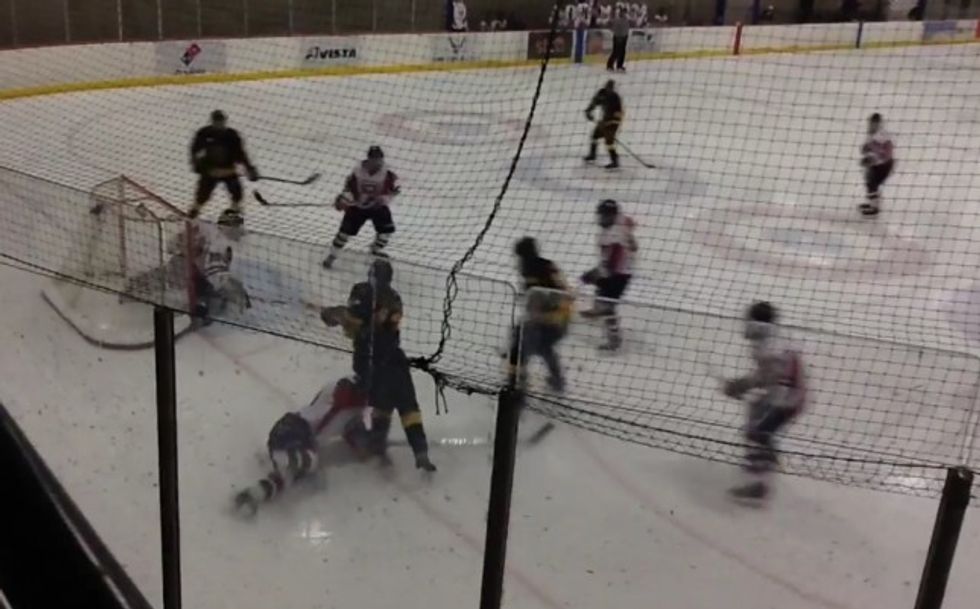 "We have no idea how Pelletier managed to smack this goal home," the Hockey News said. 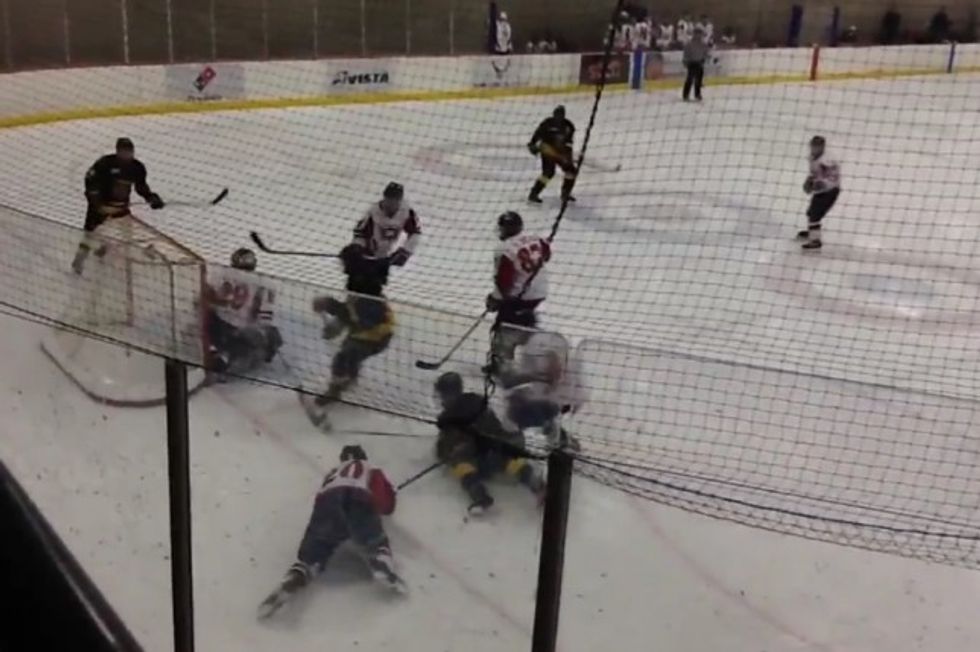 Burnaby won the prep school match 7-0 Saturday, so Pelletier's tally wasn't decisive — but few who watched the proceedings likely are talking about anything else.

Check out the kid's moves and his rather unlikely goal, his second of the evening: