Kim said that North Korea "will sincerely fulfill its duties for the nonproliferation of nuclear weapons."

PYONGYANG, North Korea (AP) — North Korean leader Kim Jong Un said his country will not use its nuclear weapons unless its sovereignty is invaded and announced a five-year economic plan at a milestone congress of North Korea's ruling party, which entered its third day Sunday.

Kim said he is ready to improve ties with "hostile" nations, and called for more talks with rival South Korea to reduce misunderstanding and distrust. He also urged the United States to stay away from inter-Korean issues. 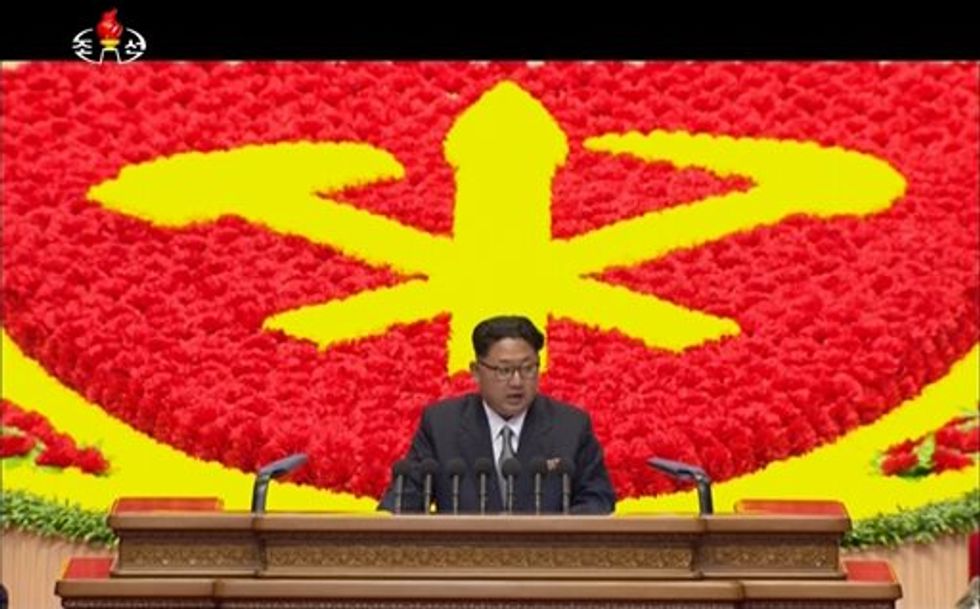 "Our republic is a responsible nuclear state that, as we made clear before, will not use nuclear weapons first unless aggressive hostile forces use nuclear weapons to invade on our sovereignty," Kim said in a roughly three-hour speech shown Sunday on the North's Korean Central Television. Kim is believed to have delivered the speech at Pyongyang's April 25 House of Culture the day before, but its content wasn't made public until early Sunday.

At the congress, Kim also announced a five-year plan starting this year to develop the North's moribund economy, and identified improving the country's power supply and increasing its agricultural and light-manufacturing production as critical parts of the program. He also said the country must secure more electricity through nuclear power.

It was first time North Korea has announced a five-year plan since the 1980s and detailing it in such a public way demonstrated that Kim is taking ownership of the country's economic problems, something his father, Kim Jong Il, avoided as leader.

Kim stressed that the country needs to increase its international trade and engagement in the global economy, but didn't announce any significant reforms or plans to adopt capitalist-style marketization.

Market-style business has become more common in North Korea, in large part because of its economic crisis and famine in the 1990s, which made it impossible for the government to provide its citizens with the necessities they had come to rely on and forced many to learn how to fend for themselves. But while the realities on the ground have shifted, officials have been reluctant to formally embrace significant reforms as state policy.

Kim said that North Korea "will sincerely fulfill its duties for the nonproliferation of nuclear weapons and work to realize the denuclearization of the world."

The North is ready to improve and normalize ties with countries hostile to it if they respect its sovereignty and approach it in a friendly manner, he said.

Despite the talks about more diplomatic activity, Kim also made it clear that the North has no plans to discard its "byongjin" policy of simultaneously developing its nuclear weapons and its domestic economy.

In a speech published by the North's Rodong Sinmun newspaper, Kim described the twin policy as a strategy the party must permanently hold on to for the "maximized interest of our revolution." 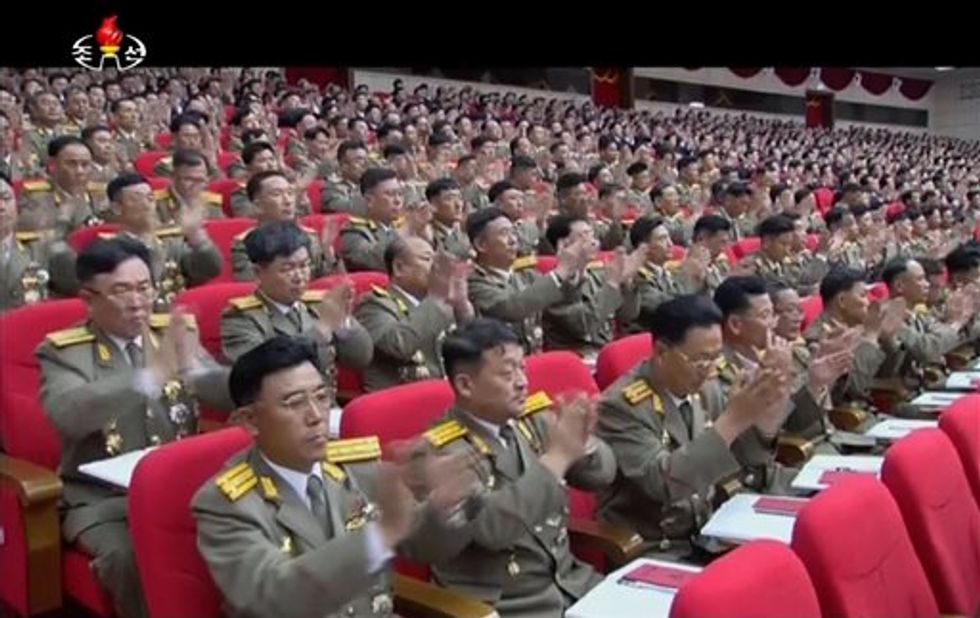 Many outside analysts consider the policy unlikely to succeed because of the heavy price North Korea pays for its nuclear program in terms of international sanctions that keep its economy from growing.

North Korea carried out its fourth nuclear test in January and followed with a satellite launch in February that was seen by outside governments as a banned test for long-range missile technology and brought tougher U.N. sanctions.

The North responded to the punitive measures, and also the annual U.S.-South Korean military drills in March and April, by firing a series of missiles and artillery into the sea. It also claimed advancements in developing nuclear weapons and long-range missiles, and combined them with threats of pre-emptive nuclear strikes on Washington and Seoul.

South Korea has taken a hard-line approach to North Korea following its nuclear test and long-range rocket launch, shutting down a jointly run factory park in a North Korean border town that had been the last remaining symbol of cooperation between the rivals and slapping Pyongyang with its own economic sanctions.

Seoul has also been in talks with Washington on deploying a sophisticated U.S. missile defense system in South Korea.

Kim said "fundamentally improving" inter-Korean relations was an urgent matter for his government and also called for the South to "hold hands" with the North as a "companion" for unification, KCNA said.

He urged the need for more talks with the South, and in particular called for a meeting between military officials of both sides to reduce border tensions.

But he stressed that the South must first employ practical measures to improve ties and throw out laws and institutional systems that have hampered them. He also said that the United States should no longer be involved with matters on the Korean Peninsula, and that if enemy forces "ignite the fire of war," the North was ready to mercilessly punish the aggressors and accomplish the "historical feat" of unification.

Kim called for Seoul and Washington to stop their military drills and also said the United States must withdraw its 28,500 troops stationed in South Korea as a buffer against possible aggression from the North.

South Korea's Foreign Ministry had said ahead of the congress that the priority of any future talks with the North would be its denuclearization.