Fox News' Howard Kurtz said it was pretty clear former President Bill Clinton was criticizing the campaign of his wife Hillary Clinton in comments he made in Dallas, Texas, but his continued quote appears to be a shot at current President Donald Trump instead. (Image Source: YouTube screenshot.)
Carlos Garcia

Former presidents George W. Bush and Bill Clinton had a warm and engaging speaking event Thursday in Dallas, Texas, at a program for the Presidential Leadership Scholars. Clinton's answer to one question sounded suspiciously to commentators on Fox News like a critique of a recent presidential candidate.

Moderator David Rubenstein asked what the most important quality someone would need who is aspiring to be a president. After Bush's very brief but insightful answer, Clinton responded.

"I also think you have to begin with the end in mind,” Clinton said. “You have to say, yeah, you gotta win the election. But why in the heck are you running?”

“That’s another thing I noticed about him,” Clinton said, pointing at Bush. “When he ran for governor against Ann Richards, he didn’t say ‘Ann Richards is a klutz.’ He said, ‘I wanna be governor because I wanna do one, two, three things.’ Couple of ’em I didn’t agree with. But he had an agenda.”

“If you want to be president,” he continued, “realize, it’s about the people, not about you."

Howard Kurtz on Fox News said the former president gave himself enough space to deny the similarities to criticisms of the Hillary Clinton 2016 campaign, but explained why some thought it was a jab at her lack of political skill.

"It's obvious to the rest of us what he's talking about," Kurtz said, "and look, Hillary Clinton had a campaign where she had a whole laundry list of liberal positions but no theme, no emotional connection to voters, and not much more beyond Donald Trump is awful, and that's what the former president was artfully saying."

Kurtz continued, explaining that Hillary Clinton failed "to campaign with certain kinds of voters where she didn't go as well, Martha."

"So Clinton, the former president, that is," he added, "argued internally during the 2016 campaign, his wife needed to do more of that. He did some of it himself, he went to places like Lansing, Michigan, the final week of the campaign."

The quote from the former president continued after the Fox News video, and many saw instead a pointed critique of President Donald Trump.

"And when it’s over," Clinton said, "and that’s what a lot of these people who are real arrogant in office, they forget, and it passes more quickly than you know. You wanna be able to say people are better off when I quit, kids have a better future, things were coming together, you don’t wanna say, ‘God, look at all the people I beat!'”

Even during the 2016 presidential campaign many supporters of Hillary Clinton would compare her to her husband, saying that she just didn't have the political skill he had to engage every individual voter. There were reports that her campaign was trying to keep the former president from upstaging her at events. 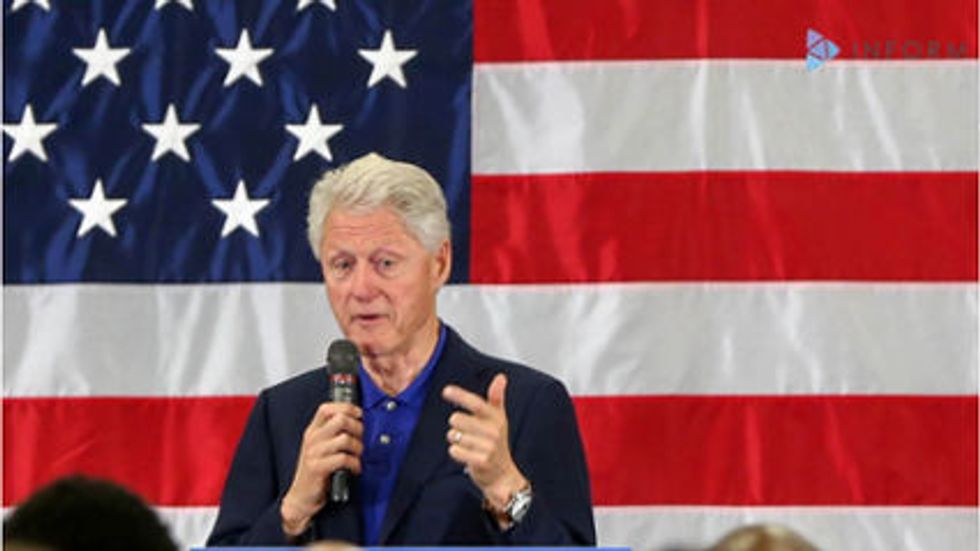