CNN panel implodes after what Trump supporter says about 'DREAMers

Trump supporter Jeffrey Lord made his fellow CNN panelists gasp when he compared the Russians who met Donald Trump Jr. in a now infamous June 2016 meeting to illegal alien recipients of former President Obama's amnesty program, the "Dream Act." He made the comments Monday.

"There is one point that I want to make, Anderson," Lord said, "which, in doing research today I found something very interesting."

Lord related that constitutional lawyer Robert Barnes at LawNewz argued in his column that DREAMers were similar to the foreign agents acting in Russia's interests. In the column entitled "If Trump Jr. is guilty, so is every Democrat who takes information from DREAMers," Barnes says that overzealous critics of the president "just made every Democratic member of Congress a criminal."

"Correct, correct, because they are in the words of the FBI Director that we just saw, non-state actors," Lord explained.

"Oh that is absurd," Quinn responded.

"They are foreign nationals," Lord continued, "and every Democrat out there..."

"Oh Jeffrey, that's offensive, you need to stop!" she exclaimed. "That's ridiculous and offensive! That is asinine!"

"They are non-state actors," Lord added, slapping the table. "They are not American citizens, that's the charge here. Right.?"

"This is yet a new and offensive spin from Trump attacking immigrants," Quinn objected.

"Look, this guy, to the best of my knowledge, has no connection to Donald Trump," Lord replied. "My point is, his point, is a very serious one, that every Democrat out there has had these kinds of meetings!"

"You know what's a serious point?" Quinn asked rhetorically. "Is that either the Trump White House thinks they can now switch gears from lying, to non-lying, to lying again and America's just going to stand for it, that's serious. Or, there's some tortured game of making Sean Spicer look like an idiot, which if that's the game, they're doing very well. Which only leads to America and Americans not having confidence in what comes out of the White House."

"That's dangerous," she added. "Talking to children and students who have come to America, brought here by their parents, who want to seek the American dream..."

Although President Trump promised many times during his campaign to rescind Obama's executive order providing amnesty to "DREAMers," he has hinted at some kind of legal status for them under his regime as well. Recently the Trump administration revoked the DAPA act, a companion to the Dream Act that gave amnesty to the parents of DREAMers, though the legislation had been tied up in the courts at the time.

The Trump administration has not yet decided what the fate will be of DACA, the "Dream Act," which grants deferred action on deportation for 740,000 otherwise illegal immigrants. 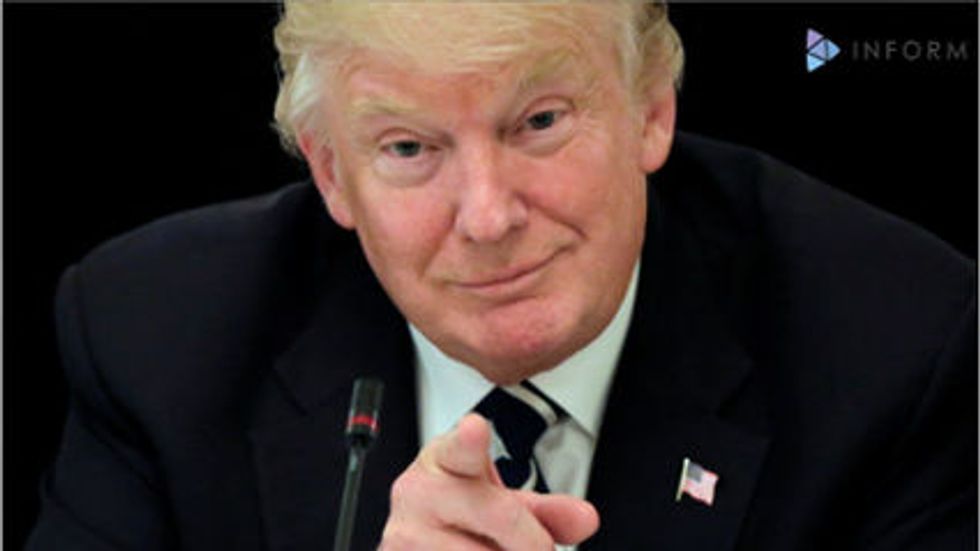