John Legend tweeted, "One of the most transparent lies Trump told today is that he likes to wait for the facts before he makes a statement."

"Trump is like, actually racist," she said in a follow up tweet. "He isn't 'saying the wrong thing'. He is actually racist and means this. Holy s**t lol what a f***ing idiot."

Legend continued, "It's still hard for me to believe so many people voted for this idiot. This is your fault too."

The couple has been vehemently vocal in their opposition to the president and his agenda. Teigen claimed that she was blocked by the president's Twitter account after she mocked him. 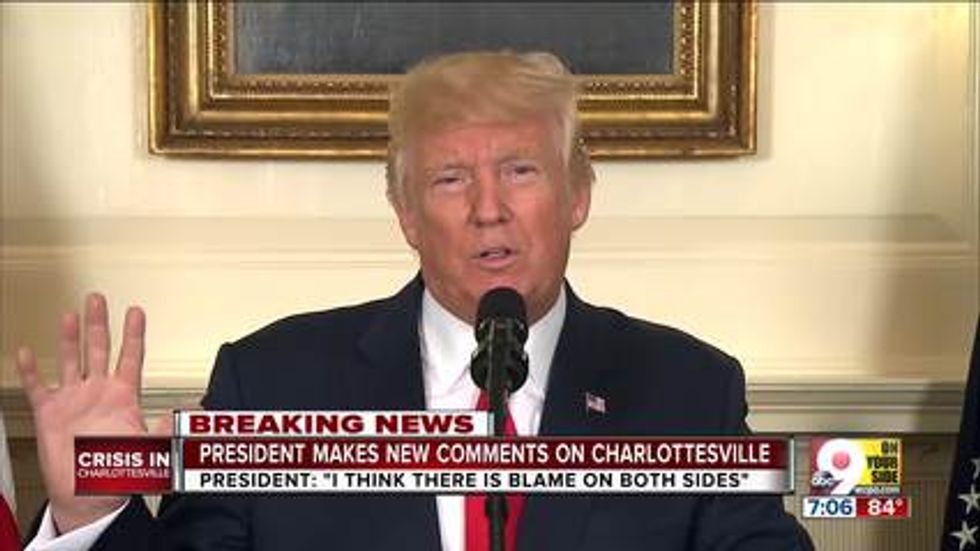