In the third paragraph of the article, Thunberg was described as having been diagnosed with "several mental illnesses": 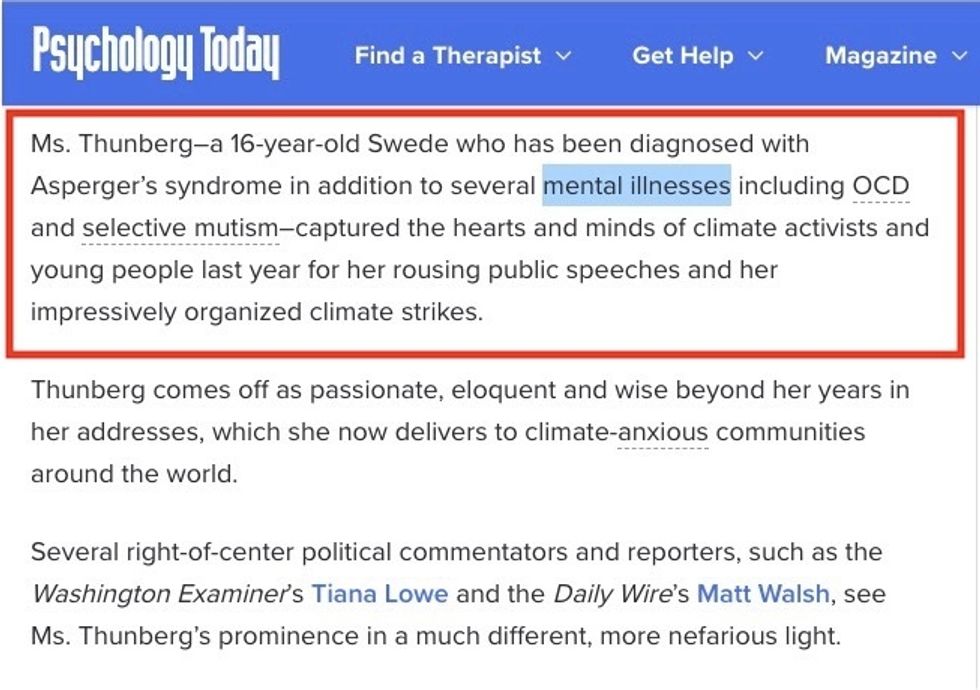 But on Thursday, the words "mental illnesses" were gone from the paragraph in question: 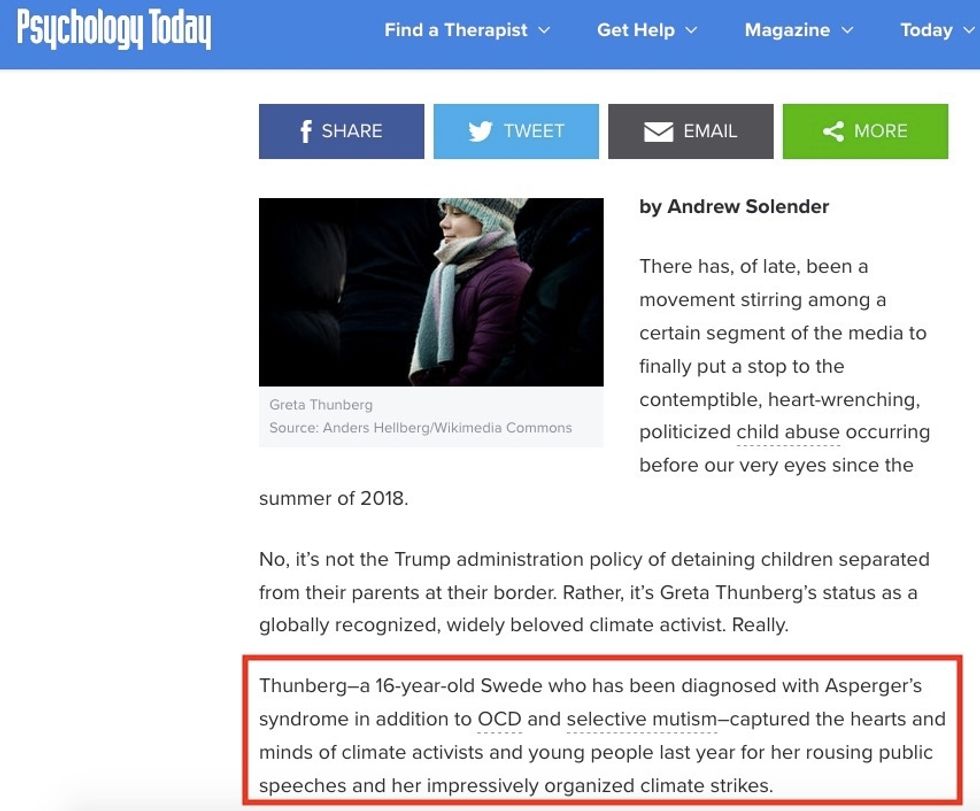 And without explanation. Not one editor's note. Not even an indication the article had been updated.

TheBlaze on Thursday messaged a Psychology Today editor and asked for an explanation regarding why the words "mental illnesses" disappeared from the paragraph describing Thunberg, but the editor didn't immediately respond.

One could understand why Psychology Today characterizing Thunberg as having been diagnosed with "several mental illnesses" might be problematic given the piece later rips Michael Knowles of The Daily Wire for calling Thunberg a "mentally ill Swedish child" during his recent Fox News appearance.

It would seem difficult for the renowned mag to justify running an article saying the teen has been diagnosed with "mental illnesses" when the same piece criticizes Knowles for using the words "mentally ill."

But the reason for the deletion is anybody's guess.

Meanwhile, a New York Times profile of Thunberg said in "early adolescence she battled severe depression, so much so that she stopped eating for a while and stopped growing."

And in an April Facebook post, Thunberg celebrated Autism Awareness Day, said she's "proud to be on the spectrum!" and acknowledges she's had her "fair share of depressions, alienation, anxiety and disorders."

Amid all this, Psychology Today ran a July piece on "neurodiversity," in which it notes the rise of the "neurodiversity paradigm" and makes the case for using the term in some instances rather than saying someone is mentally ill or has a mental disorder.