A Metro-North train packed with passengers partially erupted in flames after it struck a vehicle on the tracks in Valhalla, New York, Tuesday evening, officials said, according to multiple reports.

At least a dozen individuals were injured when the commuter train struck a vehicle in what police called a "mass casualty" incident, The Journal News reported. 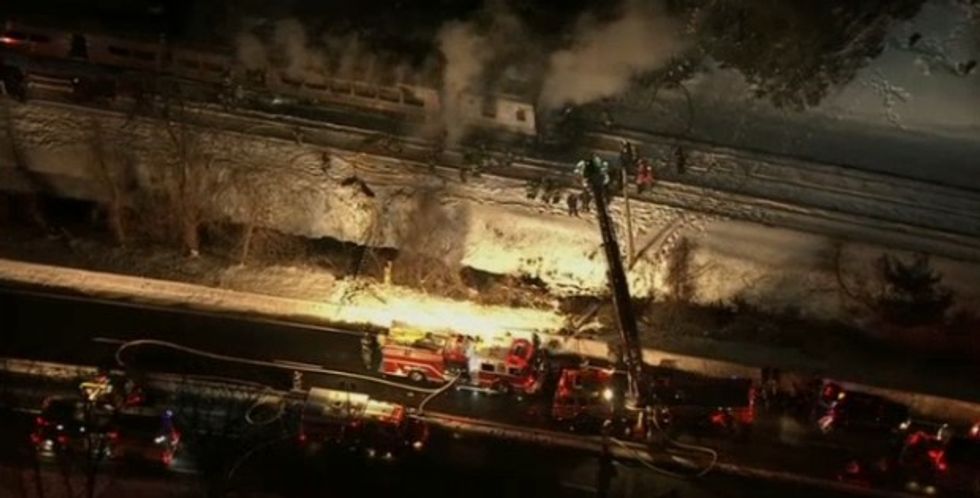 Multiple emergency vehicles were on the scene and smoke could still be seen coming from the first car of the train.

Service was temporarily suspended on the Harlem line.

An MTA spokesperson was not immediately available for comment to TheBlaze.

This is a developing news story. Updates will be added.