"I'm still proud of my accomplishment."

Sam Holtz said ESPN officials told him Tuesday that is he ineligible to claim the top prize — a $20,000 gift card — because he's only 12 years old. ESPN requires participants to be at least 18 to win the prize. Instead, he was told he will get a goody bag from the cable network.

"I'm irritated," Holtz told the Daily Herald. "Yes, I'm still proud of my accomplishment, but I'm not happy with the decision." 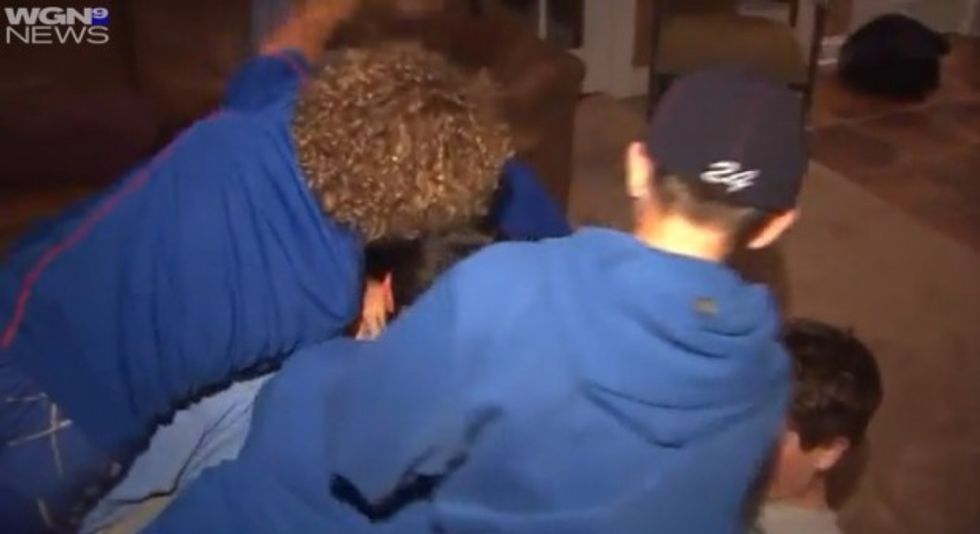 The tournament includes 67 games and Holtz missed only six. He was perfect picking games played in the Sweet 16, Elite Eight and Final Four. Out of 11.5 million who entered a bracket on ESPN's website, Sam finished tied for first with 1,830 points after Duke beat Wisconsin 68-63 in Monday's championship game. He entered 10 brackets in the contest.

"There is no secret," said Holtz, who attends Lake Zurich Middle School North. "There was some luck, and I studied ESPN.com. I just picked the teams that I felt had the best players." 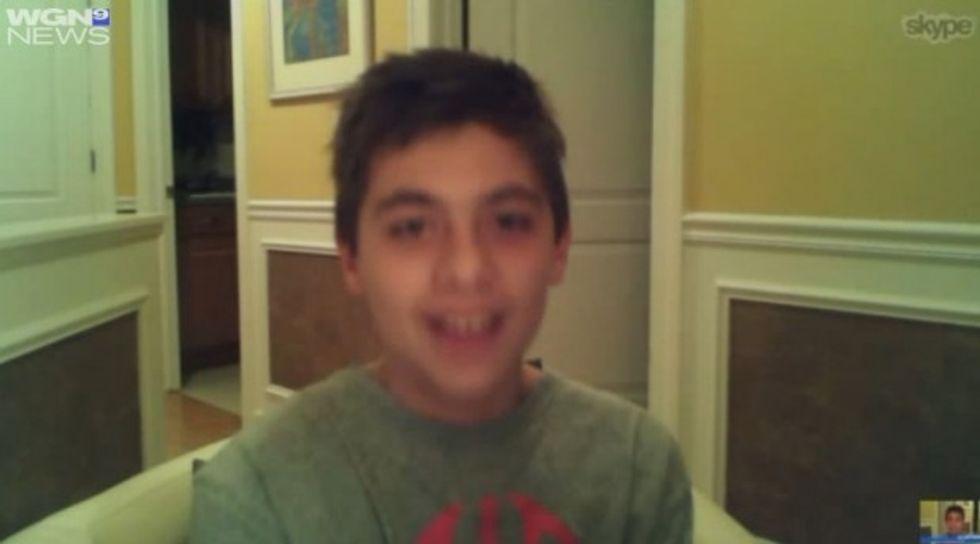 Sam Holtz spoke with WGN-TV via Skype early Tuesday morning after he learned that he beat millions with his near-perfect bracket. (Image source: WGN-TV)

"The great thing is that this kid beat all these experts out there," ESPN spokesman Kevin Ota said, according to the Daily Herald. "He beat all of our commentators, all these celebrities, all the college experts. That's what makes this so awesome. The prize really is secondary."

Watch Holtz talk to WGN-TV about winning and what he would have done if he won the $20,000 gift card:

Sam told WGN that he didn't even watch the regular season of college basketball.

His mother, Elizabeth, kept him home from school Tuesday.

"He wanted to go to school today, but I kept him home because ESPN said they planned to call this morning," she said. "He wants to go this afternoon, but I told him if Jimmy Kimmel calls, he's going to have to miss that too."

WGN reported that Sam, because he wasn't 18 years old yet, used his dad's email address with his permission to enter the contest.