Woman Deposited Her $1,400 Paycheck at ATM — Days Later, She Realized the Money Was Missing and Got Alarming Letter From the Bank

"You don't know when you're going to see it again."

The task of depositing her paycheck into an ATM had never been a harrowing prospect for Lanette Reed.

But on one recent trip, after Reed dutifully placed her paycheck into an ATM in Alexandria, Kentucky, she got an alarming bit of news a few days later. 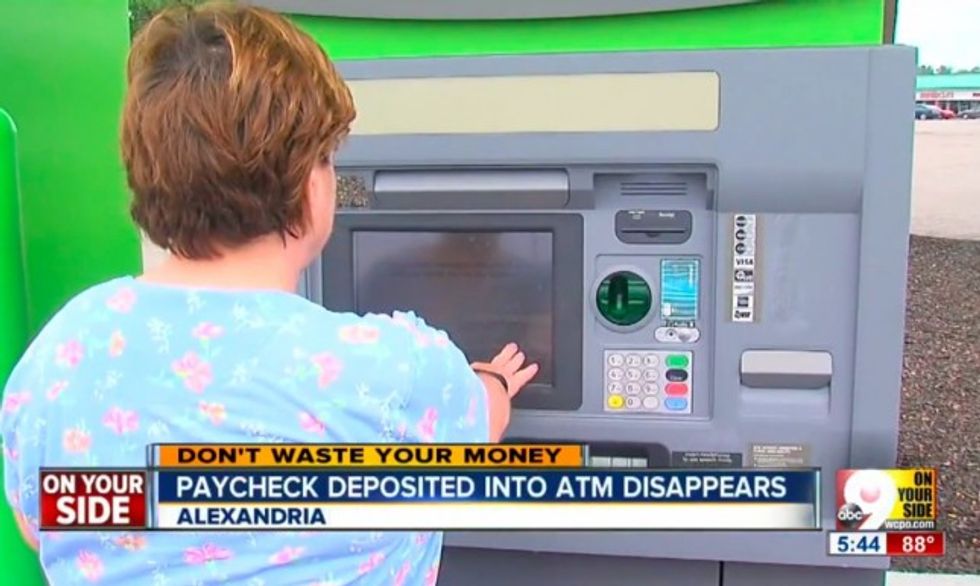 Then she got a letter from her bank, saying it couldn't process her transaction.

"I call the call center, and they cannot tell me anything," Reed told WCPO-TV in Cincinnati. 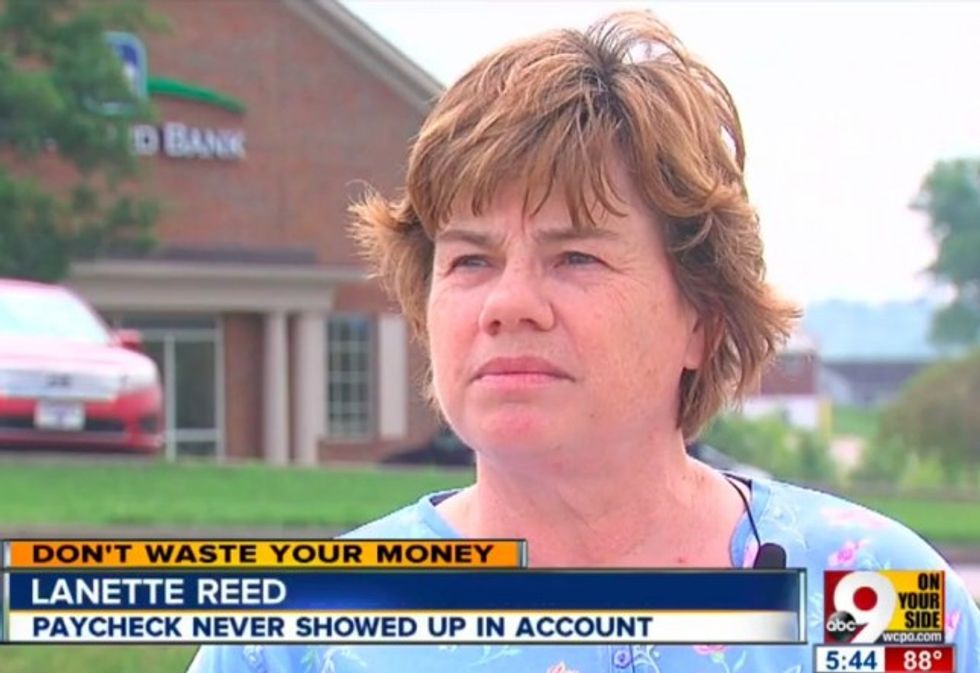 Within hours of the news station contacting the bank, Reed got her money — but the prospect of using an ATM to deposit money isn't high on her list anymore.

"You don't know when you're going to see it again," she told WCPO.

The bank told the station Reed's check may have had some strange markings on it that prevented the ATM from reading it properly. WCPO said newer ATMs scan checks electronically and that "no human touches that check, as they did when you used to put it in an envelope."

WCPO added a couple of tips: