Ted Cruz Laughs at Reporter's Iran Question, Then Responds Bluntly: 'If There's One Principle That History Has Taught Us...

"I don't know the letter to which you are referring, but I can tell you this..."

Senator Ted Cruz (R-Texas) laughed when a reporter asked him about former generals and admirals who have expressed support for the Iran nuclear deal, and then slammed the agreement as “catastrophic.” 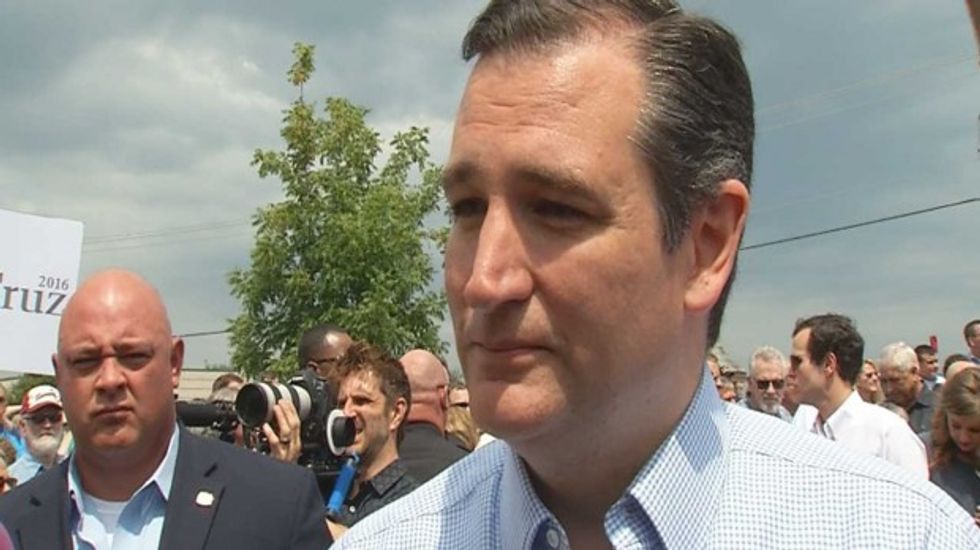 Here’s how the reporter, Justin Dougherty of KOTV in Tulsa, Oklahoma, phrased his question:

Several times you have mentioned that in international crisis you would seek the advice of military personnel, now recently there are three dozen former generals and admirals would say this is our only option to keep nuclear weapons from Iran. Are you going to listen to that letter at all?

After letting out a chuckle, Cruz replied, "I don't know the letter to which you are referring, but I can tell you this Iranian nuclear deal is catastrophic.”

“The single greatest national security threat facing America is the threat of a nuclear Iran. If this deal goes through, three things will happen. Number one, the Obama Administration will be world's leading financier of radical Islamic terrorism. Billions of dollars will flow to jihadist who will use that money to try and murder Americans. Number two, this leaves four American hostages in Iran…but number three, most dangerously, this deal only accelerates Iran’s acquiring a nuclear weapon.”

The Texas senator went on to say of Iran, "If there's one principle that history has taught us, it is that if somebody tells you they want to kill you, believe them."

Watch the clip below via KOTV-TV: