Juror in Charlotte Police Officer's Trial Issued a Challenge to Others: 'Every Day, That Was My Challenge

CHARLOTTE, N.C. (AP) — A juror who heard evidence in the trial of a white North Carolina police officer said he challenged his colleagues to determine what an unarmed black man did to lead the defendant to fatally shoot him.

"I wrote on the board: 'What did Jonathan Ferrell do, and I underlined "do," to warrant death: 10 shots.' I had done this because there was nothing that I had seen in the weeks preceding that showed me what he had done," said juror Moses Wilson, who was one of the jurors who chose to convict Officer Randall Kerrick of voluntary manslaughter. 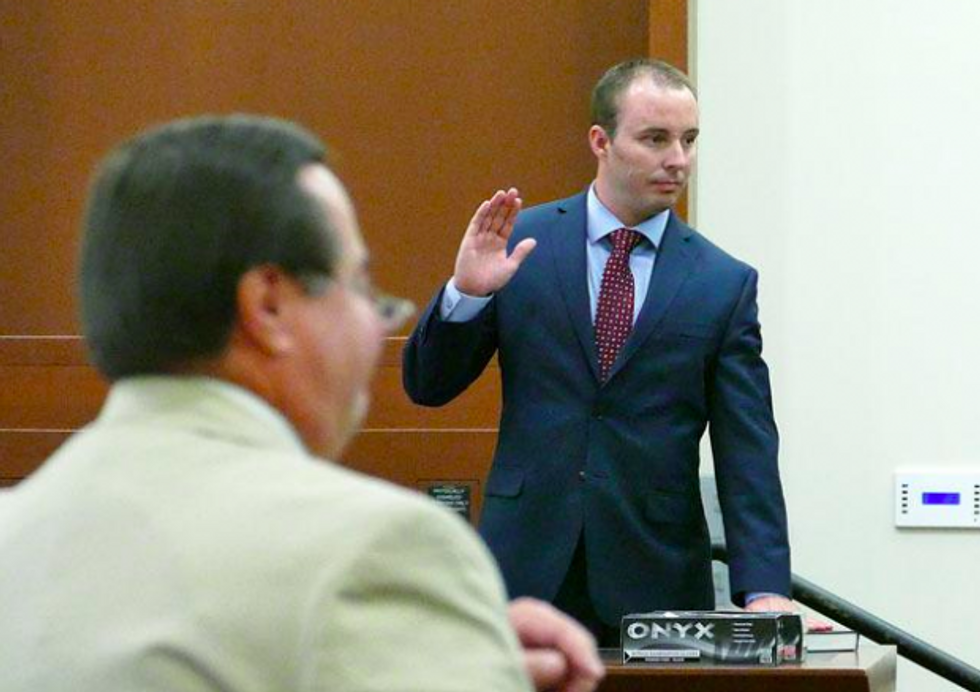 "And I said that if anyone can show me what he did, I might change my vote — which is going to be for conviction — to acquittal, and every day, that was my challenge," he said.

After four days of deliberations, the jury was deadlocked, 7-5 on an initial vote and 8-4 on the succeeding three votes. And when Judge Robert C. Ervin asked the jury foreman last Friday if further deliberations would resolve the impasse, the response was no. Ervin then declared a mistrial — a move that sparked protests outside the courthouse and elsewhere. At least two people were arrested.

Wilson said when he first went into deliberations, he didn't know how he was going to vote. From there, he decided to review his notes and form his opinion.

While the military veteran — Wilson served two tours of Vietnam — and former Boston constable thought the prosecution's case should have stood, Wilson said he was particularly upset with the defense's presentation, which he said put Ferrell on trial.

"It became, not what he did, or what they did to him, but more, what he didn't do, what he should have known what to do, so that the police would not either beat him silly or shoot him," Wilson said.

Kerrick, who is suspended without pay from the force, fired 12 shots at Ferrell, hitting him 10 times. Prosecutors said nonlethal force should have been used to subdue Ferrell, a former Florida A&M football player, in September 2013. Two officers with Kerrick didn't fire their guns. One of those officers did use a Taser.

But Kerrick's attorneys said the officer feared for his life when he shot and killed Ferrell while responding to a breaking-and-entering call.

Wilson pointed to the three elements of voluntary manslaughter described to the jury by Ervin, including whether Kerrick exceeded matching the threat to him by something far more excessive than what was needed to end the threat.

"That's where we had our problems," he said,

He said the entire incident amounted to "a night of mistakes" on both sides, but he said the most egregious was that Kerrick didn't do what he was supposed to do as a police officer.