"You're going to vote for me." 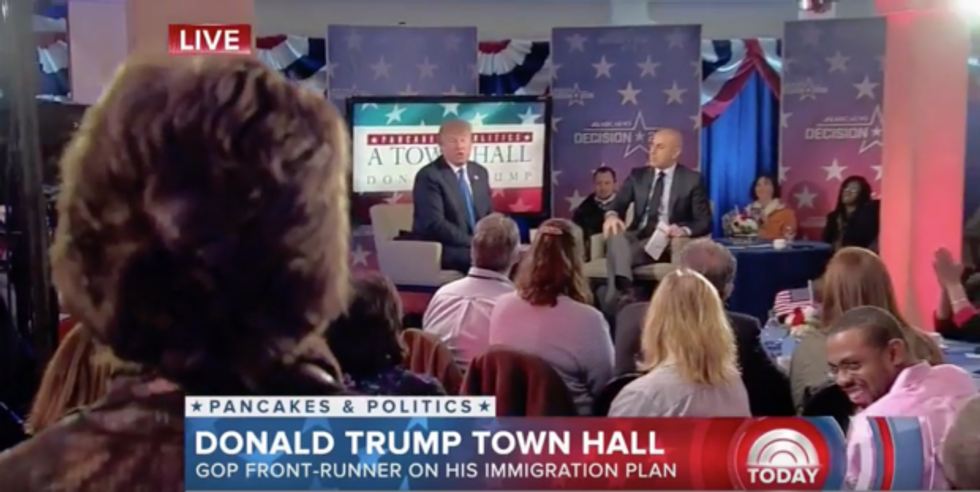 Trump then got into his immigration plan, saying the first thing he will do a build a “wall.”

When “Today” host Matt Lauer pushed Trump to get “specific” on how he would handle “transportation” and “housing” of illegal immigrants during the deportation process.

Trump also called for an “expedited” process to let “good” immigrants in legally while keeping out the “bad” ones.

Watch the full segment below: