Sen. Ted Cruz (R-Texas) said Friday evening at a GOP faith and family event that the chief moral threat facing America is the "assault" on Judeo-Christian values from the elites in Hollywood and Washington, D.C. 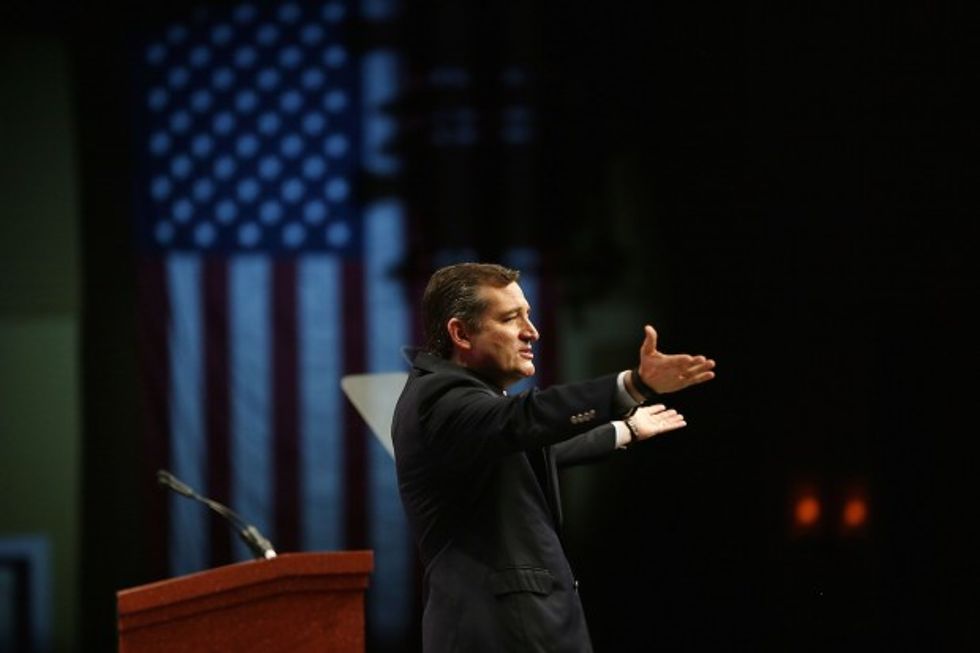 The Republican presidential hopeful made the comments at the Presidential Family Forum in Des Moines, Iowa.

Cruz argued that of decades he has been passionate about defending religious liberty, calling it the "first freedom in our country."

He added, "When you’ve seen freedom taken away, it is real, it is personal. And if we don’t fight to defend our liberty, we will lose it."

Cruz has seen a slow and steady rise in the polls. A new national poll conducted by NBC News in conjunction with SurveyMonkey placed him in second, tied with retired neurosurgeon Ben Carson.