"I've yet to hear of the Russian Dream, the Irish Dream or the Chinese Dream...there is the American Dream."

TheBlaze Radio's Jonathon Dunne calls himself "Freedom's Disciple." The Irish citizen who says his "life-long dream" is to become an American, is also a walking advertisement for America.

In fact, Dunne's face lights up when he speaks about the country he hopes to one day call home. 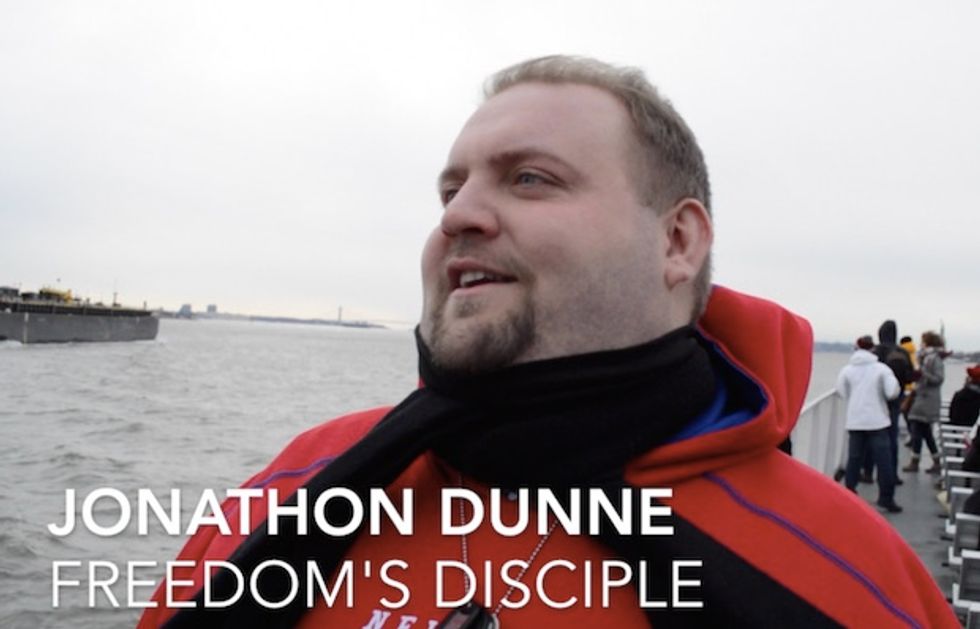 On a recent trip to New York City, Dunne visited the Statue of Liberty and shared his thoughts on what it was like to grow up in a socialist country where "there are no eternal God-given rights, no belief in the individual and the answer to every problem is more government."

Dunne stressed that he counts himself among the 4 million hopefuls who are "following the rules" to become an American citizen.