"He must have hired foreign workers to do his tweets."

"What does Donald Trump do when things go wrong?" Rubio rhetorically asked his crowd. "He takes to Twitter. I have them right here — lets read some. You'll have fun!" 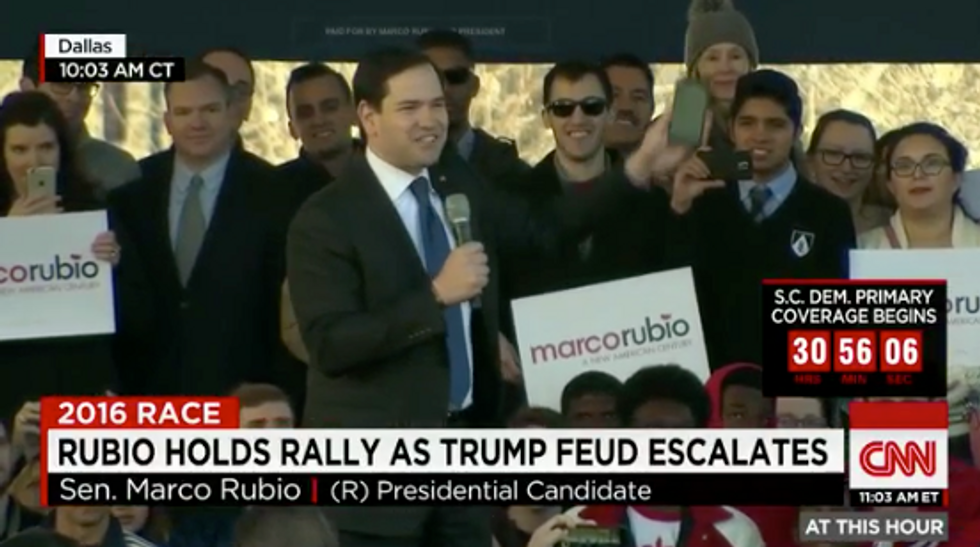 Rubio went on to read Trump's tweets, which were widely reported Friday morning because they were riddled with egregious spelling errors — an common trait of the businessman's Twitter feed. The tweets were mostly aimed at Rubio.

"He called me 'Mr. Meltdown." Let me tell you something. Last night in the debate during one of the breaks — two of the breaks — he went backstage. He was having a meltdown," Rubio said. "First, he had make-up applied around his mustache, because he had one of those sweat mustaches."

Rubio and Trump sparred many times during Thursday's debate, and many analysts believe the Florida senator got the best of Trump.