Stephen Colbert has been prolific in his antagonism of President Donald Trump, but in response to the horrific attack on Republican members of Congress Wednesday, instead of offering mockery or derision he said two shocking words to the president: "Thank you."

"Ladies and gentlemen," Colbert began his "The Late Show," "before we get started, I just want to take a moment to talk about the attack today in Alexandria, Virginia.

"Once again we're all shocked in mind and soul by a mass shooting, this time targeting apparently Republican congressmen," he continued, "and I pray to God that everybody pulls through.

"Violence of any kind is never justified, and is the last refuge of the incompetent," Colbert said. "Thankfully, none of the members or their staff, or police were killed today, and I will say this: Even in the horror of this day, there was reason to take heart in bipartisan responses like this."

"We will use this occasion as one that brings us together, and not separates us further," Rep. Nancy Pelosi (D-Calif.) said in a video segment Colbert aired.

"So, I just want to say thank you to the congressional leadership," Colbert said, "and to the president for responding to this act of terror in a way that gives us hope, that whatever our differences, we will always be the United States of America."

Colbert's statement of gratitude was met with loud applause from his audience.

Trump addressed the nation Wednesday about the attack, saying, "We may have our differences but we do well in times like these to remember that everyone who serves in our nation's capital is here because above all they love our country."

"We could all agree that we are blessed to be Americans, that our children deserve to grow up in a nation of safety and peace, and that we are strongest when we are unified and when we work together for the common good," the president continued.

Rep. Steve Scalise (R-La.) is in critical condition from injuries sustained in the attack. Four others were wounded in what is appearing to be a politically motivated shooting by a man who supported Bernie Sanders and spread vitriolic missives against Republicans and Trump on social media. 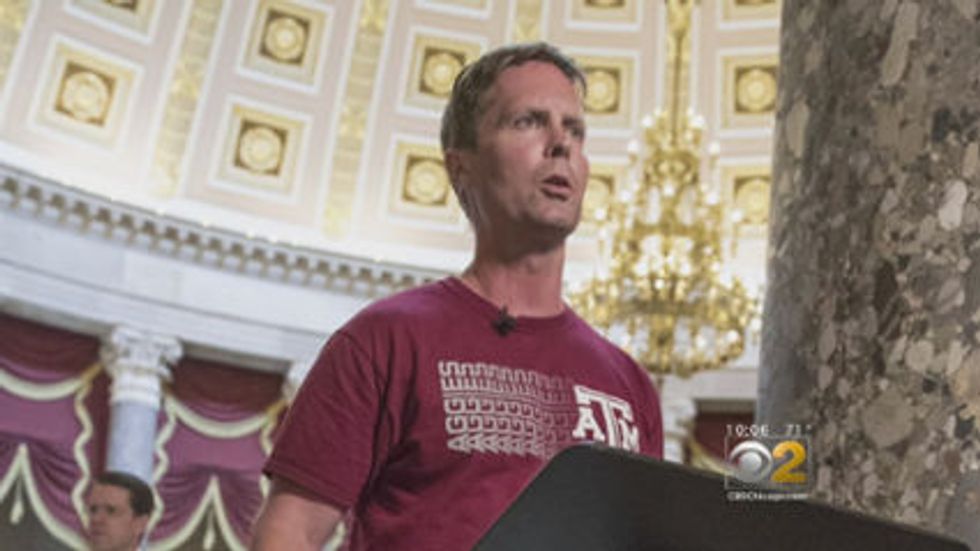