A Denver mother is defending herself after a Facebook post from her sister-in-law accused her of abusing her child and posted disturbing photos. (Image Source: YouTube screenshot)
Carlos Garcia

A Facebook post that showed alleged child abuse in Denver went viral with thousands of shares, but the mother of the child says it's all a misunderstanding. She tried to explain the photos to a local ABC News reporter.

Susan Cain posted pictures of her nephew with a bloodied face, stitches and a cigarette burn, claiming that her sister-in-law was abusing him. Cain's brother, Patrick Nigh, and the father of the 21-month-old boy, Natas Nigh, is in jail for domestic violence.

"Natas has knocked out teeth, and 2 months later, a busted lip," she explained, "2 weeks later, the fire department found him wondering [sic] the streets of Denver. Again, Natas was returned home. One week later he had a deep cigarette burn on his thigh."

"I am getting in touch with local news to try and get them to help before it's to [sic] late. With all my FB friends and families help, maybe we can keep this child from suffering. PLEASE SHARE," she implored.

After the post went viral, Denver 7 News spoke to Cain and she told them that Child Protective Services had done nothing to help the boy.

"I figured the best way to go would be social media," she explained. "Maybe that would finally get their attention.”

That's when they got the mother's side of the story.

Lindsay Swisher said that CPS had constantly spoken to her, visited her, and investigated, but found no wrongdoing.

"I have peed for CPS," Swisher explained, "I have done everything for CPS. And they keep walking away with a closed case, because I am not an abusive mom. I'm not a bad mom. We are just trying to get over six years of really hard stuff."

Swisher explained that the picture of the boy with a bloodied face was caused by his "swan diving" into a table. And the cigarette burn accidentally happened when he jumped into her lap as she was smoking, she claimed.

"I think anybody that uses social media to attack anybody, including single moms, especially single moms that are doing their best. I think they really need to take a good hard look in the mirror."

"I have received countless horrible messages and threats," she said, choking up. "For what? Because CPS is going to close this case too, because she's wrong. All she's done is prevented me from future employers. I can’t walk out in the street right now without people pointing at me and my son."

"He needs a good loving home," Cain said, "where he can grow up healthy and strong."

The Colorado Department of Human Services could not comment on the case, but confirmed to Denver 7 that the case was referred to them twice. 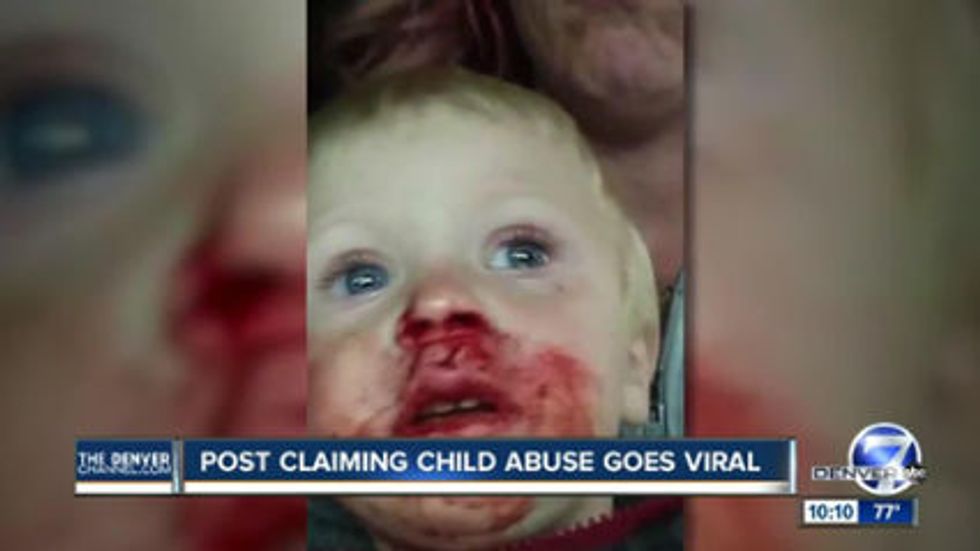