Here's the most important quality George W. Bush says you need to be president

Former president George W. Bush had a brief, but very insightful answer to what is the most important quality for a person to become president. (Image Source: YouTube screenshot)
Carlos Garcia

Former presidents George W. Bush and Bill Clinton spoke Thursday at a scholastic leadership event in Dallas, where they were asked to identify the most important quality someone must have to run for president. Bush's answer was brief, but insightful.

"I also think you have to begin with the end in mind," Clinton added. "You have to say, yeah, you gotta win the election. But why in the heck are you running?"

"That's another thing I noticed about him," Clinton said, pointing at Bush. "When he ran for governor against Ann Richards, he didn't say 'Ann Richards is a klutz.' He said, 'I wanna be governor because I wanna do one, two, three things.' Couple of 'em I didn't agree with. But he had an agenda."

"If you want to be president," he continued, "realize, it's about the people, not about you. And when it's over, and that's what a lot of these people who are real arrogant in office, they forget, and it passes more quickly than you know. You wanna be able to say people are better off when I quit, kids have a better future, things were coming together, you don't wanna say, 'God, look at all the people I beat!'"

Former Pres. George W. Bush on "what it takes" to be President of the United States: "Humility." https://t.co/c8WxE0BwjS pic.twitter.com/1Z29rYxjLG

When asked about their friendship since leaving the Oval Office, Bush explained, "I think it starts with Bill Clinton being a person who refused to lord his victory over dad," referring to his father, former President George H.W. Bush, "in other words he was humble in victory, which is very important in dealing with other people." 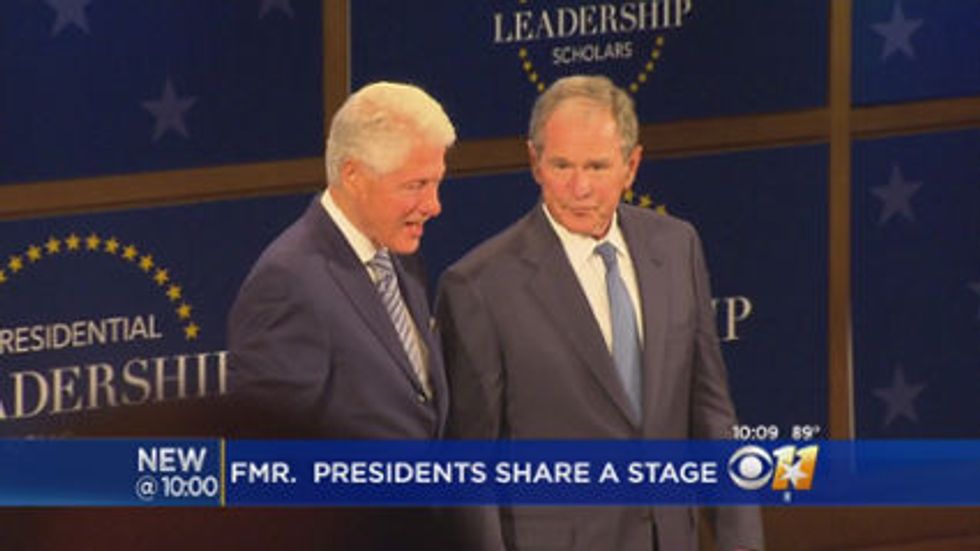