Steve Bannon said that the Trump presidency he fought for and won is over in a jarring interview after being fired from his position in the Trump administration. (Image Source: YouTube screenshot.)
Carlos Garcia

Just hours after being fired from his position as White House senior advisor Friday, Stephen Bannon declared the Trump presidency over, and said that he was gearing up for war against Republicans and other elements of the administration he disagreed with.

He made the comments in a jarring interview with the Weekly Standard.

“I feel jacked up,” he said. “Now I’m free. I’ve got my hands back on my weapons. Someone said, ‘it’s Bannon the Barbarian.’ I am definitely going to crush the opposition. There’s no doubt."

It was announced that Bannon would return to his position at Breitbart News, which he left to join the Trump administration a year ago.

"I built a f***ing machine at Breitbart. And now I’m about to go back, knowing what I know, and we’re about to rev that machine up. And rev it up we will do.”

He clearly saw his firing as a defeat for the nationalist-populist agenda, and said that the Trump presidency was "over."

Bannon blamed the Republican establishment elements of the Trump administration for straying away from the populist and nationalist agenda that Trump ran on in the campaign.

“I think they’re going to try to moderate him,” he said in another portion of the interview. “I think he’ll sign a clean debt ceiling, I think you’ll see all this stuff. His natural tendency – and I think you saw it this week on Charlottesville – his actual default position is the position of his base, the position that got him elected. I think you’re going to see a lot of constraints on that. I think it’ll be much more conventional.”

Breitbart News declared him a "populist hero" in their triumphant article announcing his return. Trump ally and radio talk show host Laura Ingraham tweeted, "When I heard they were throwing Bannon to the lions, I thought to myself--the poor lions." 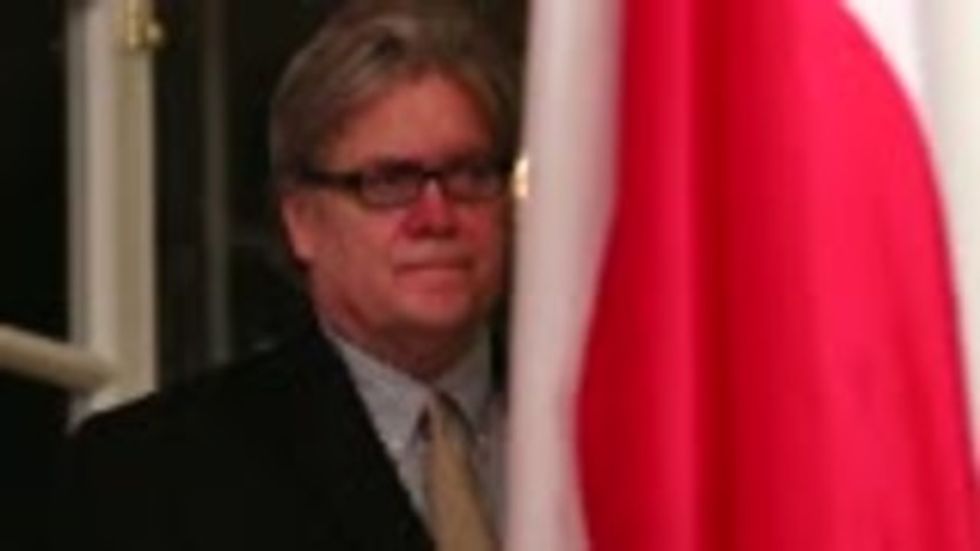