The new "Jack Ryan" action series that debuted Friday on Amazon Prime was resoundingly blasted in a rather angry Vanity Fair review for pushing "masculine American heroism," "white male entitlement," and a host of other celluloid sins against progressives who apparently know better.

At the heart of her critique, reviewer Sonia Saraiya is annoyed at the show's unrelenting patriotism, noting that "you wish its team had worked harder to take the temperature of the world around us."

What is the show about?

Ryan — who most of us know from Tom Clancy's best-selling spy novels and blockbuster movies based on them — is played by John Krasinski ("The Office") and portrayed as a young CIA analyst tasked with fighting terrorists in a harrowing field assignment as the world hangs in the balance.

His target is a "militant Lebanese-born Syrian named Suleiman (Ali Suliman), whose charisma and bank statements cause Jack to take notice," Vanity Fair noted, adding that Suleiman's wife, Hanin (Dina Shihabi), "is beginning to have her doubts about what her husband is up to."

Saraiya, first of all, hated that Ryan — an "unimpressive American man" — rescued Hanin from "her evil terrorist husband," which "makes a glossy, gooey narrative of American generosity and valor." 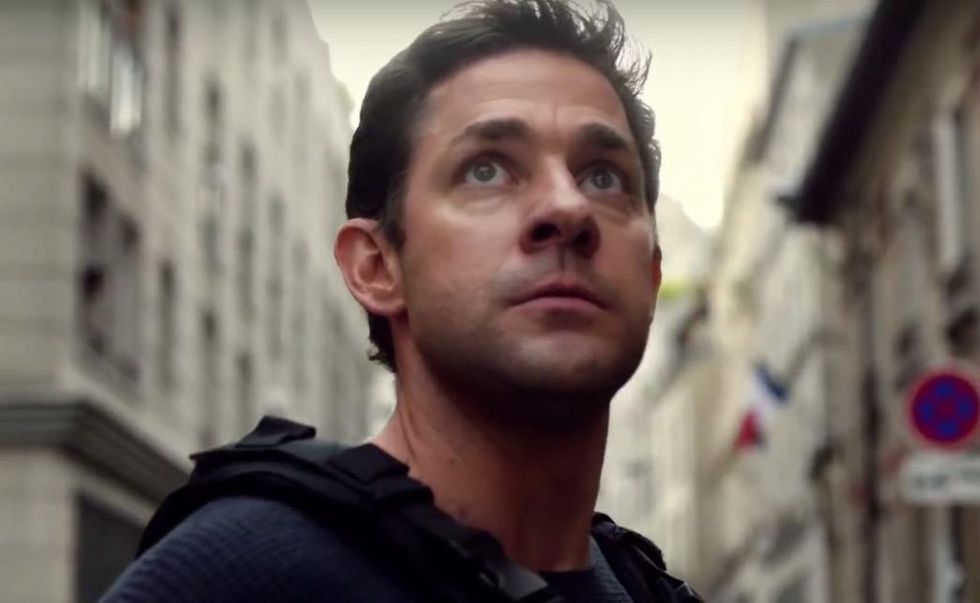 She further ripped the show, saying that "both its protagonist and its plot are based on the foundational, unquestioned notion that American-military might — the best-funded killing infrastructure in human history — is helping to save the world."

"Its other primary story objective is proving that Jack Ryan deserves his white male entitlement — which indicates just how closely American myths of masculinity are intertwined with international dominance," Saraiya wrote. "From frame to frame, Jack Ryan is an astonishing case study in toxic narratives."

The reviewer didn't appreciate Ryan's battle amid what she called the "largely unsuccessful war on terror," culminating with four Muslim terrorists attacking a Catholic church in Paris during Mass.

"American and French forces, mostly comprising white people, team up to take down a global network of Muslims — including both bloodthirsty outlaws in the Syrian desert and mild-mannered doctors in Paris, just in case you thought anywhere, or anyone, could be counted on to be safe," Saraiya noted. "The only exception is Hanin, sort of: in her attempt to separate herself from her husband’s affairs, she is immediately victimized by him and his colleagues. One tries to rape her, before a (white American male) drone pilot disobeys orders to bomb her attacker. It’s lurid schlock, stoking convenient and uncomplicated ideas about who is the enemy, and who are the good guys." 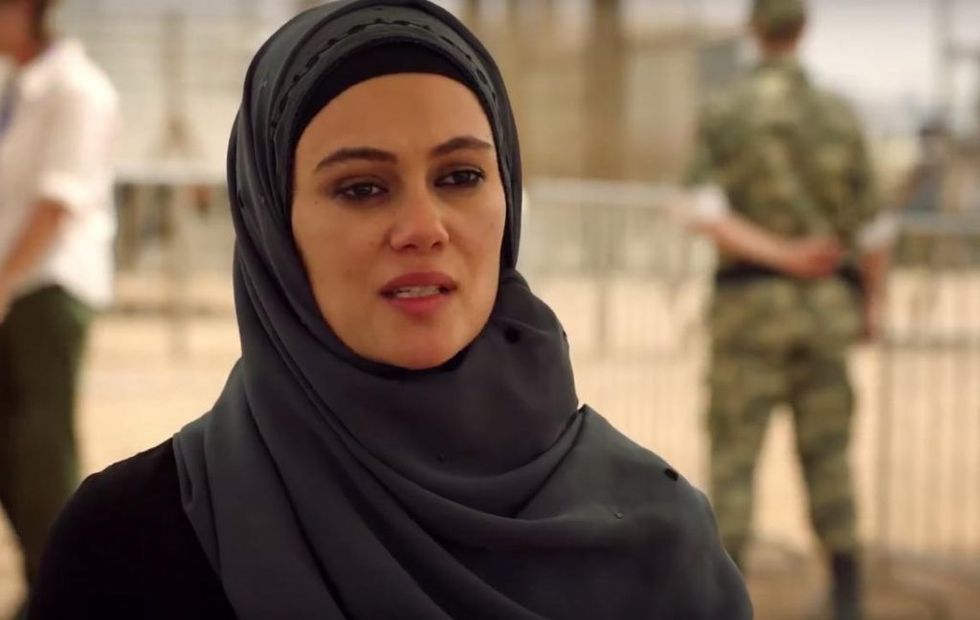 More from the review:

It is normal for television to dramatize events — to fudge the dull details of a medical procedure, or heighten the drama of a courtroom. But at this moment in time, Jack Ryan’s anvil-dropping approach is grotesque. With mainstream rhetoric about Muslims being what it is, it’s not possible to engage with storytelling about the “war on terror” as pure entertainment. But Jack Ryan tries to do this anyway. It is grueling to attempt to see any of this as fun, when the subject matter feels so painfully insensitive — even more so than it did years ago, when Homeland debuted. This is a show selling a false narrative that many people would prefer to believe as truth, and it appears to have no qualms about that.

She concludes: "Jack Ryan feels like a machine designed to turn us all into the sort of viewers who disappear smiling down jingoistic Fox News rabbit holes. It assumes that we — Americans, and America — are doing a good job. Talk about a fantasy."