"Get ready to say goodbye to the tooth."

Olympic gold medal-winning decathlete Bryan Clay might be retired from the games, but that doesn't mean he's totally stopped throwing his javelin. One might say he's just found a new purpose for it.

Instead of throwing it for sport, Clay used it to help his daughter pull a tooth this week.

"Get ready to say goodbye to the tooth," a woman filming the courageous feat said, zooming in closely to the girl's somewhat apprehensive face, mouth open with a string attached to the loose tooth. 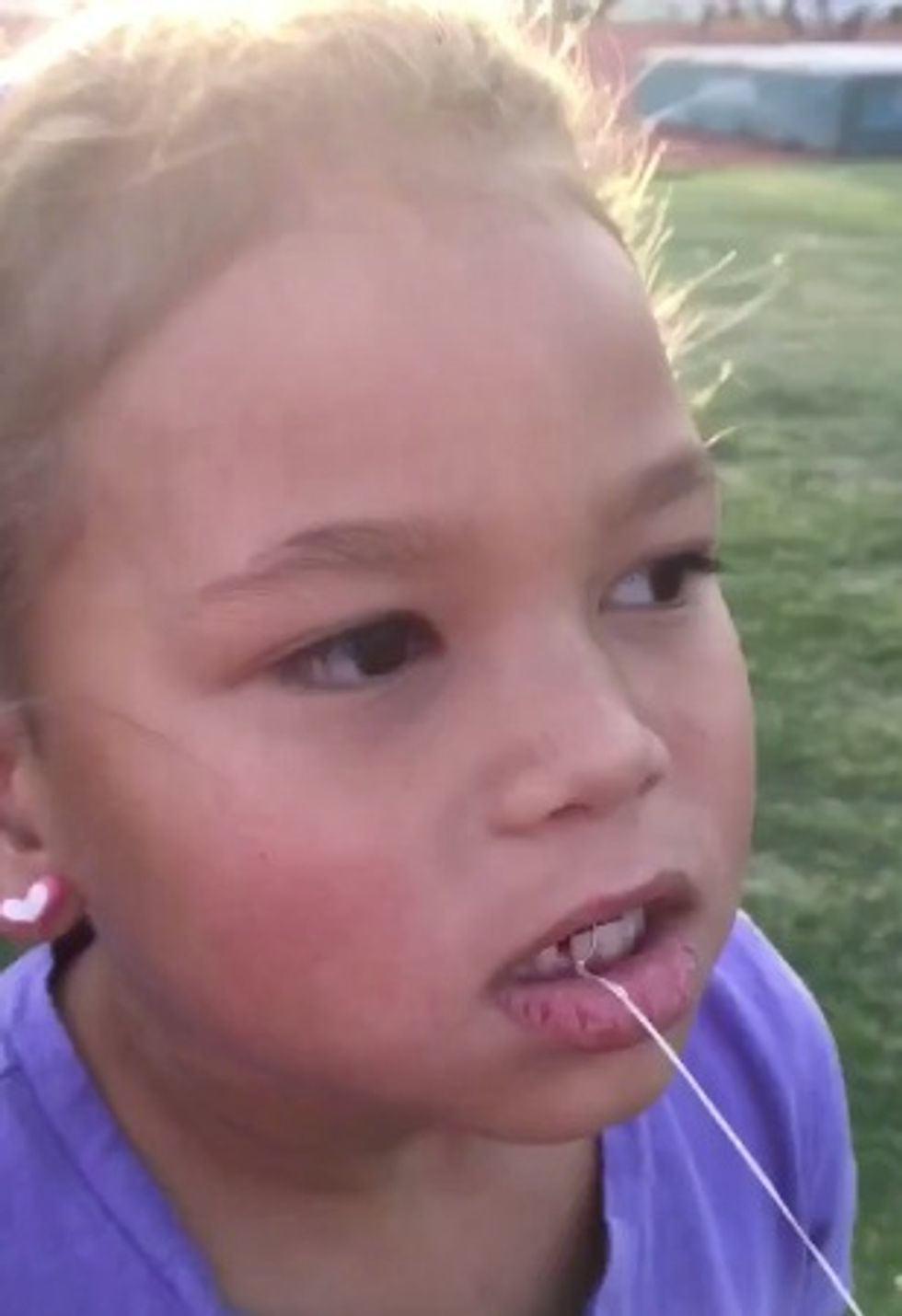 She gave a brave "bye" and off the javelin flew. 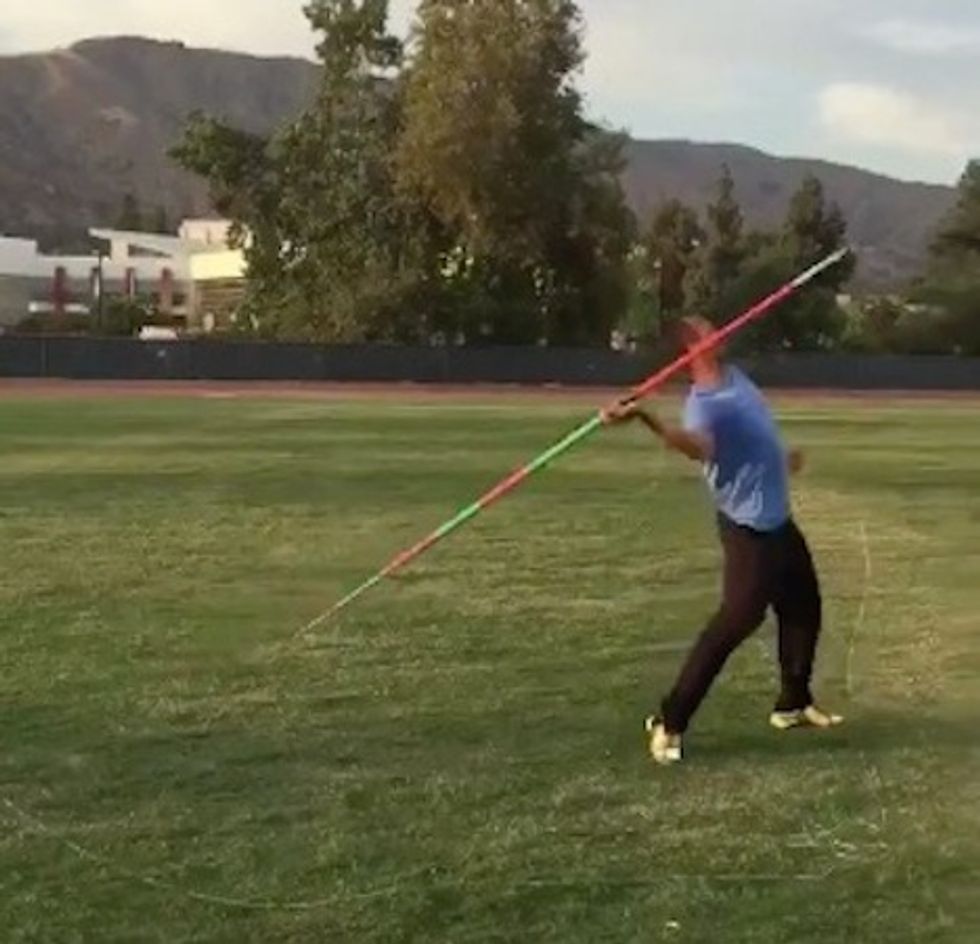 What you use javelins for once you're retired. pic.twitter.com/gVwqK75bVa

Ellie opened her mouth to show a bloody hole where the tooth had once been. They were able to retrieve it and Tuesday night, Clay tweeted, it was tucked safely under her pillow. 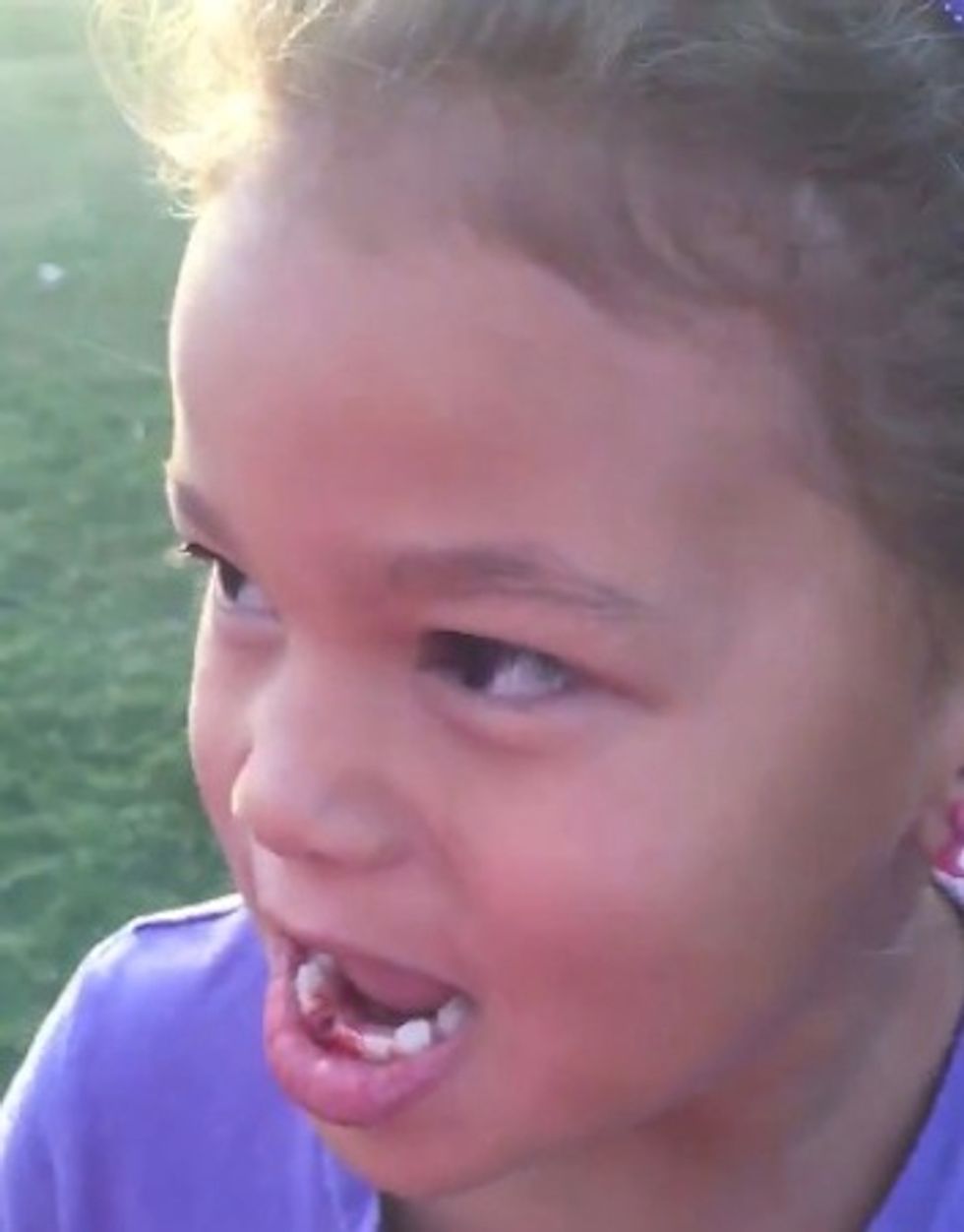 This isn't the only innovative tooth pulling video we've see. Check out others we compiled into this post.