An officer with the Ohio State Highway Patrol was honored this week for saving a semi-truck driver's life back in April.

Dashcam footage just released shows trooper Eric Devers arrive at the scene of a crash and immediately sprint toward the driver. 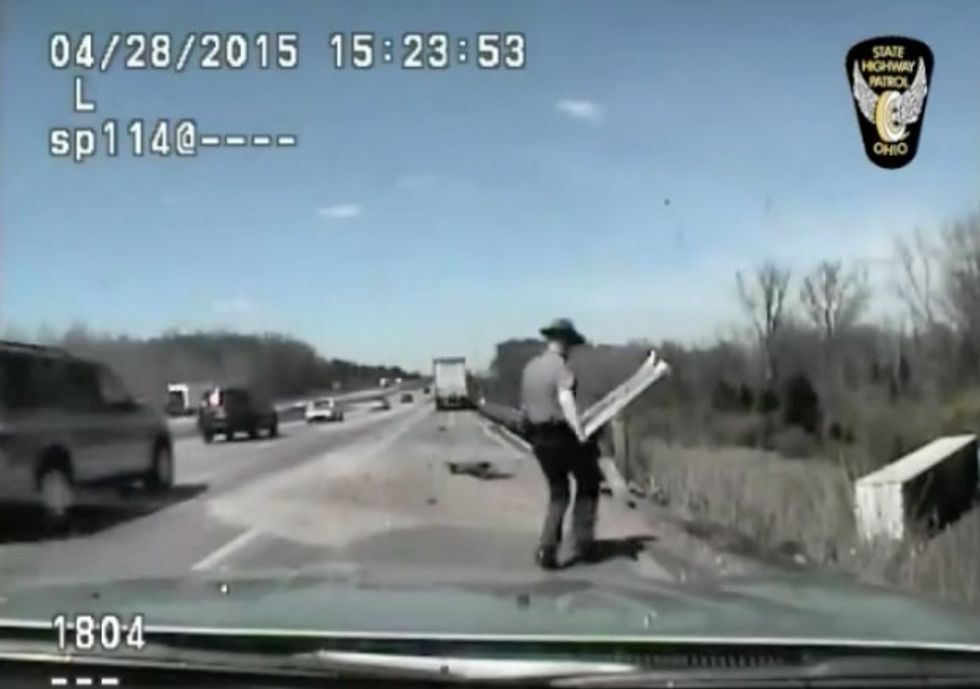 The trooper found the man still belted into his seat. Shortly after, his eyes rolled back into his head and he stopped breathing, the Ohio State Highway Patrol said.

"Keep breathing!" Devers can be heard shouting in the video. "Don't you die! Don't you die on me! Come on!"

Since being posted on Facebook by the Ohio State Highway Patrol on Thursday, the footage has amassed more than 5 million views.

Devers received a Certificate of Recognition for his actions on Thursday. The driver ultimately made a full recovery after being transported to the hospital.