An airplane passenger captured the moment a bolt of lightning appears to hit another nearby jet.

The video was reportedly taken by Jack Perkins at Hartsfield-Jackson International Airport in Atlanta and uploaded to YouTube on Tuesday. 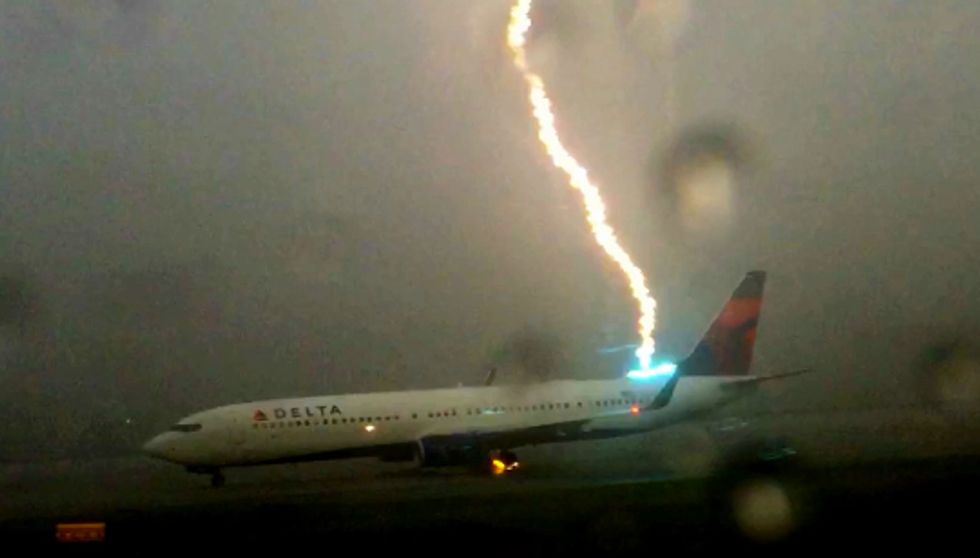 "While filming the line of planes all stacked up during a ground hold in Atlanta on 8/18/15 I happened to capture this direct lightning strike on a 737," Perkins wrote in the video description on YouTube.

No one was injured in the incident because, as the Aviationist blog points out, commercial airliners are equipped with a type of cage that keeps external electric forces from entering their interior. The shock is instead redistributed across the conducting material, or the plane's exterior.

Delta Airlines did not immediately respond to a request for comment from TheBlaze.