KANSAS CITY, Mo. (AP) — Alex Gordon hit a tying home run with one out in the ninth inning, Eric Hosmer hit a sacrifice fly against Bartolo Colon in the 14th and the Kansas City Royals beat the New York Mets 5-4 Tuesday night in the longest opener in World Series history. 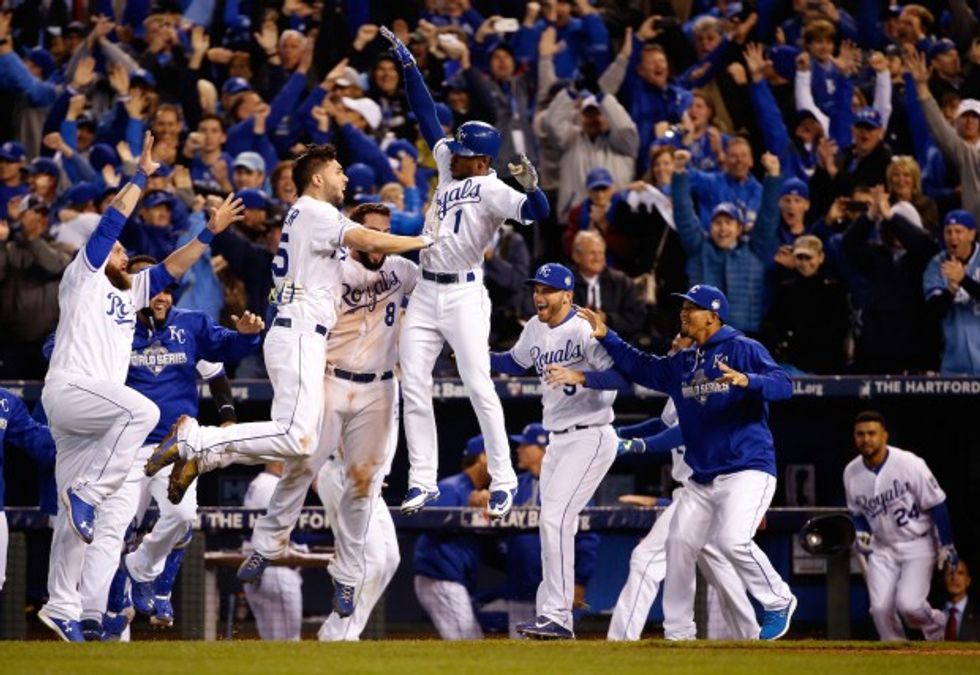 Making his Series debut at age 42, Colon escaped a bases-loaded jam in the 12th, then got out of trouble again after allowing a leadoff hit in the 13th. 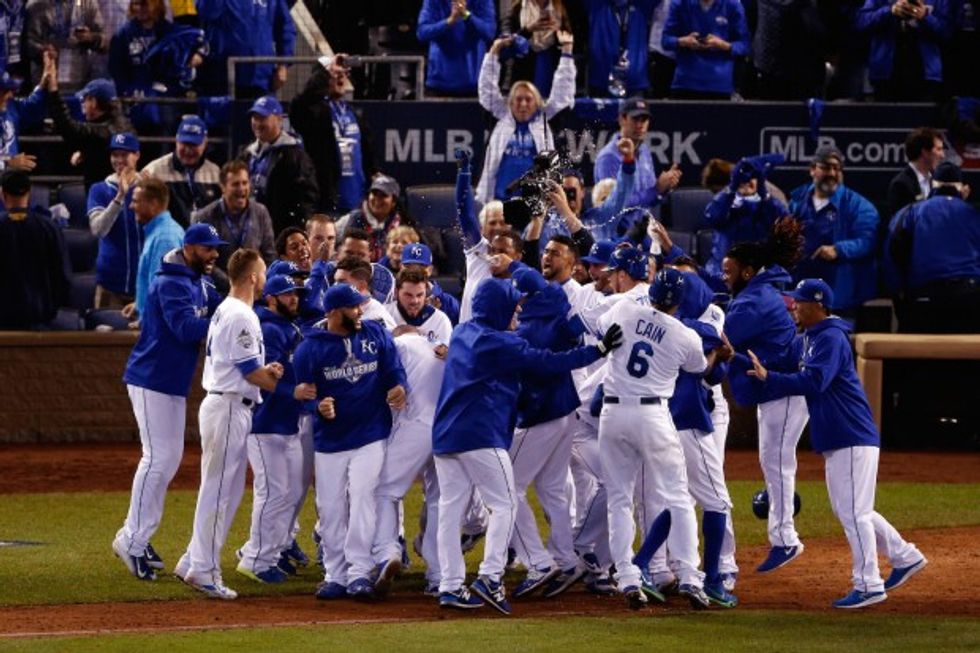 Alcides Escobar, who hit an inside-the-park home run on Matt Harvey's first pitch of the night, reached leading off the 14th on an error by third baseman David Wright, who bobbled his grounder and then made a wide throw that pulled Lucas Duda off first base.

Ben Zobrist singled him to third and Lorenzo Cain was intentionally walked, loading the bases. Hosmer flied to right, and Escobar scored standing up ahead of Curtis Granderson's throw.