Likely a response to increased terrorism.

WASHINGTON (AP) -- Accelerating its attacks on one of the Islamic State's most important sources of income, the U.S. military said Monday it destroyed 283 tanker trucks used by the militants to transport oil from producing fields in eastern Syria to smuggling points.

The attack by four A-10 attack planes and two AC-130 gunships was carried out Saturday at a site near Deir el-Zour and al-Hasakah but not reported until Monday. It followed a similar assault on Nov. 15 that destroyed 116 tanker trucks and is part of a broader air campaign, dubbed Operation Tidal Wave II, designed to cripple the militants' oil producing, refining and distribution system. The U.S. has said oil provides about half the group's total income. 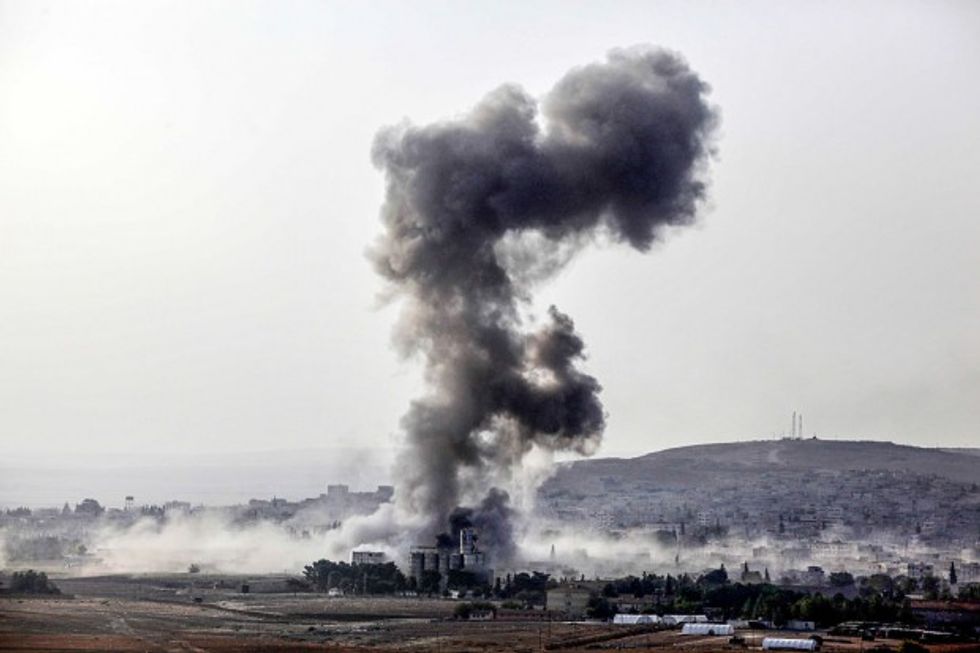 Until the Nov. 15 strikes, the U.S. had refrained from attacking oil trucks, fearing it could cause unintended civilian deaths.

In its daily summary of airstrikes, the U.S.-led military coalition said Monday that 283 vehicles had been struck in eastern Syria on Nov. 21 but did not elaborate. Army Col. Steve Warren, a U.S. military spokesman in Baghdad, said in an email exchange that the vehicles were oil tanker trucks and that the attack was part of the broader oil targeting campaign.

U.S. aircraft dropped warning leaflets and made strafing runs in the area to persuade the civilian drivers of the tanker trucks to abandon their vehicles before the bombing began, Warren said, adding that the U.S. believes no civilians were injured or killed.

IS controls nearly all of Syria's oil fields, concentrated in the east of the country, producing some 30,000 barrels a day, along with one field in Iraq. It smuggles the oil mainly to Turkey, selling at cut-rate prices and generating nearly $50 million a month.

The U.S.-led coalition has targeted oil infrastructure occasionally in the past, including a heavy attack last month on Syria's Omar field near the town of Deir el-Zour that hit refineries, command and control centers and transportation nodes.