It's nothing short of heroic.

Dash cam video out of Belarus, captured the moment a police officer used his own body to shield a teenager from being struck by a vehicle.

The officer, identified as Sergei Batalko, was crossing the street in Vitebsk on Wednesday. Another vehicle's dash cam shows the two pass in front of it, before a minivan in the other lane veers into them. And what the officer does next is nothing short of heroic. 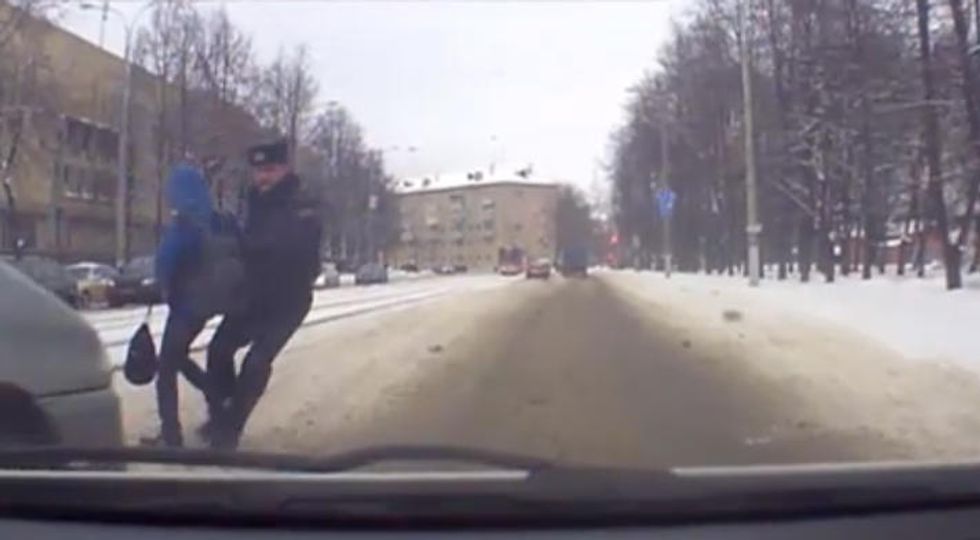 Batalko is seen in the footage grabbing the boy and turning around, acting as a shield between the younger individual and the moving vehicle. The two were thrust onto the van's hood as a result.

The boy was unharmed and the officer suffered a bruised leg but is expected to be fine, according to the Telegraph.

The driver of the van has been charged with a traffic offense, Global News reported.