CNN anchor is left speechless after what this confederate defender says

CNN's Brooke Baldwin had a look of shock on her face while interviewing Bill Starnes, a member of the North Carolina Sons of Confederate Veterans Friday and a defender of the South in the Civil War. What Starnes told her about Abraham Lincoln left a shocked expression on her face, and left her speechless.

The exchange followed on Starnes' claim that the confederates were not defending slavery in the Civil War, but were simply defending their right to consent of the governed under the Constitution.

"Now I know you've studied all this," Baldwin responded, "and I can't sit here and check you on bills written in the 1850s off the top of my head..."

"Well I would go look at them before I did an interview on them," he interrupted.

"Secondly, let's move that aside and let's talk about the pain in this country," she continued. "You know when you look at a place like Germany, where they don't force Jewish children to attend a school named after Adolf Hitler, it is the same for a lot of African-Americans attending a school say named after Robert E. Lee. What do you say to the, let's not, facts is one thing, feelings is another."

"Do you acknowledge those feelings of those Americans?" she asked.

"Well facts are one thing, and feelings are another," Starnes replied. "And the truth on this to pure fact is Abraham Lincoln and Adolf Hitler have a lot more in common than Robert E. Lee and Adolf Hitler."

.@BrookeBCNN's facial expressions during segment as Son of Confederate Veterans guest compared Lincoln to Hitler, told her to do research pic.twitter.com/NtCUNz43A0

"Robert E. Lee did not kill civilians, Abraham Lincoln did," he added.

"What?!" Baldwin responded, with an expression of shock on her face.

"Abraham Lincoln, anti-slavery, as a result of that, states wanted to secede, I don't think we want to compare Abraham Lincoln and Adolf Hitler," she said and quickly switched to speaking to a historian.

The debate over statues and monuments erected to honor confederate military figures flared up again after white supremacists and alt-right protesters demonstrated in Charlottesville, Virginia, to defend their existence. A man with white supremacist ties rammed his car into left-wing counter-protesters, killing one and injuring many more. 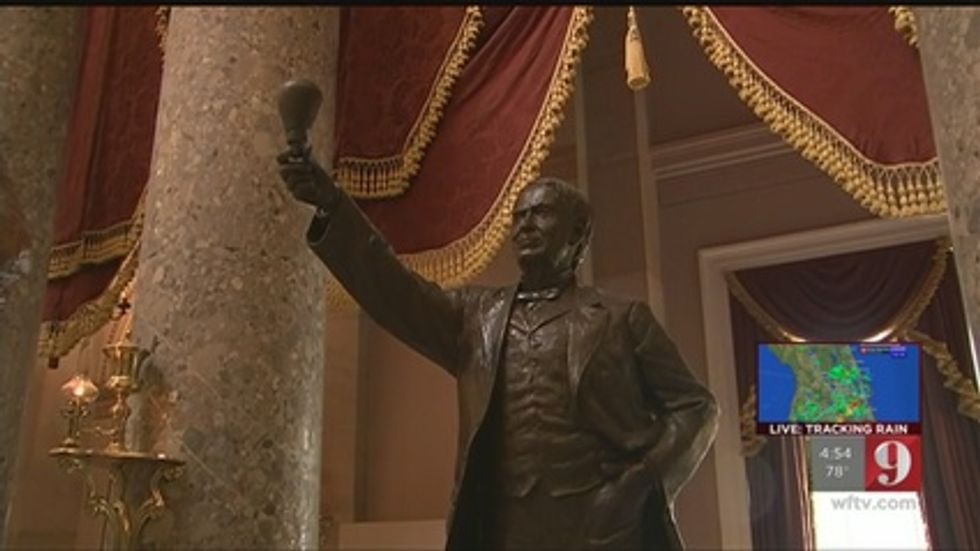