Good Samaritan saves women after man chases them outside bar. But when man rams his truck, good Samaritan has enough — and fires his gun.

A mother and daughter — Ashley and Emily Gallagher — were on vacation in Cape Coral, Florida, when things got weird at Rusty's Bar on Thursday night, WINK-TV reported. 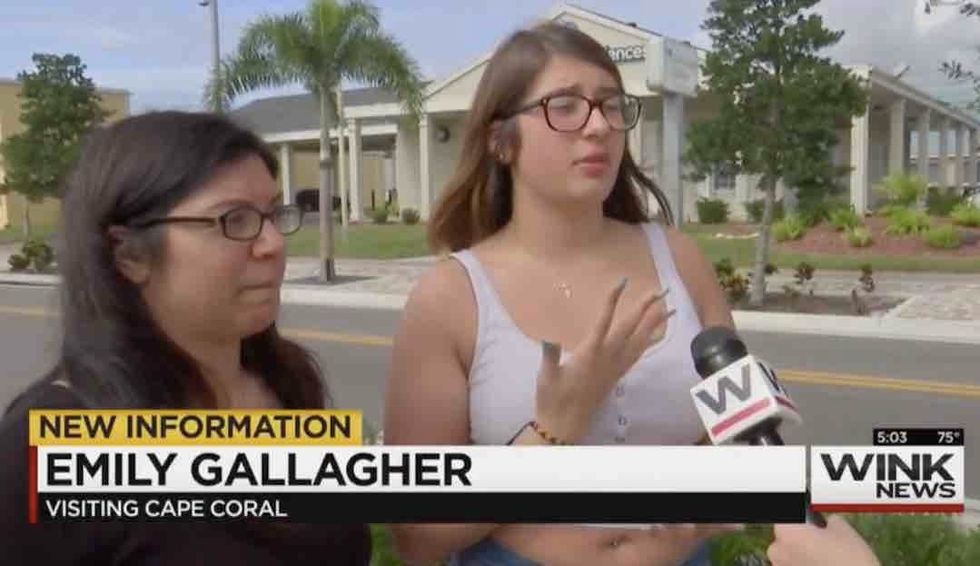 They were part of a small group of women that included Ashley Gallagher's daughter-in-law — and 53-year-old Henry Lesinak Jr. was buying them drinks, Gallagher told the station.

"I think he was trying to hit on my daughter-in-law and definitely get her to go home with him, or whatever it was," she noted to WINK. "And I think when he realized that wasn't going to happen, that's when he said we were taking advantage of him by spending his money." 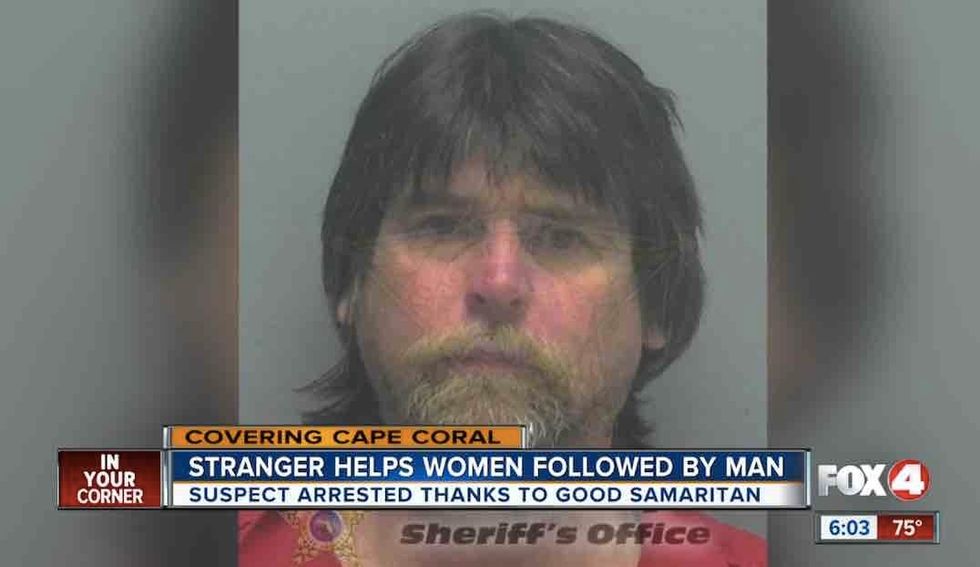 Emily Gallagher told the station "all of a sudden, like, 'boom,' he turned violent, angry."

Investigators told WINK that when the women tried to leave Lesniak chased after them.

But fortunately they spotted a white pickup truck — and a willing driver inside it, the station said.

“We kind of just screamed, 'Help!' begging him to let us into his truck," Emily Gallagher added to WINK.

The driver of the truck, Amir Rossi of Cape Coral, told the station everything happened in a flash. 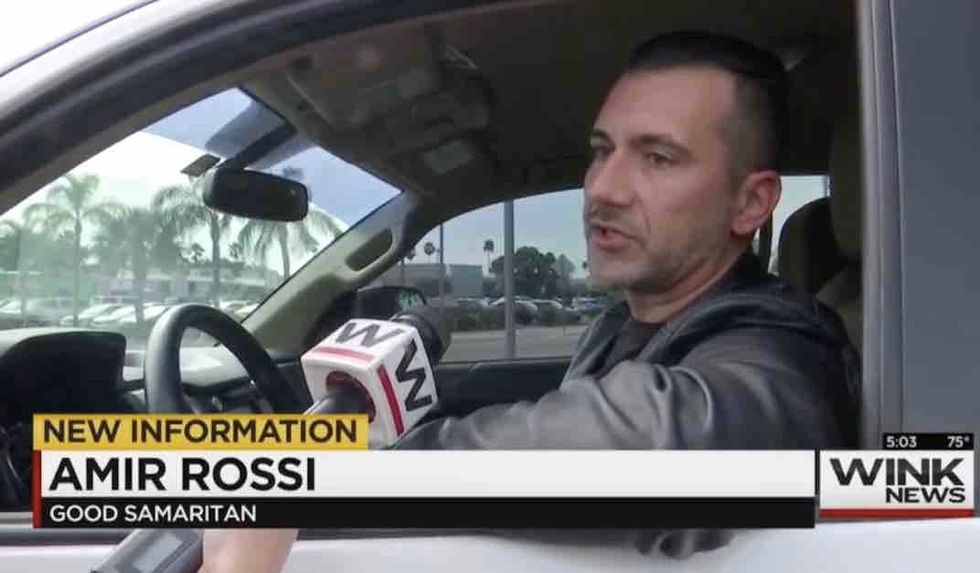 “It got heated so quick," Rossi noted to WINK, adding that the women "jumped in my truck, and they were just like, 'Go! Go! Go!' And the next thing I know, this guy's reaching in ... trying to grab me."

With that, Rossi told the station he pulled out his gun — and Lesniak "backed off" and "disappeared."

But not for long

Police told WFTX-TV that Lesniak got in his truck, chased the truck with the women passengers, passed it, and then rammed it several times in reverse. 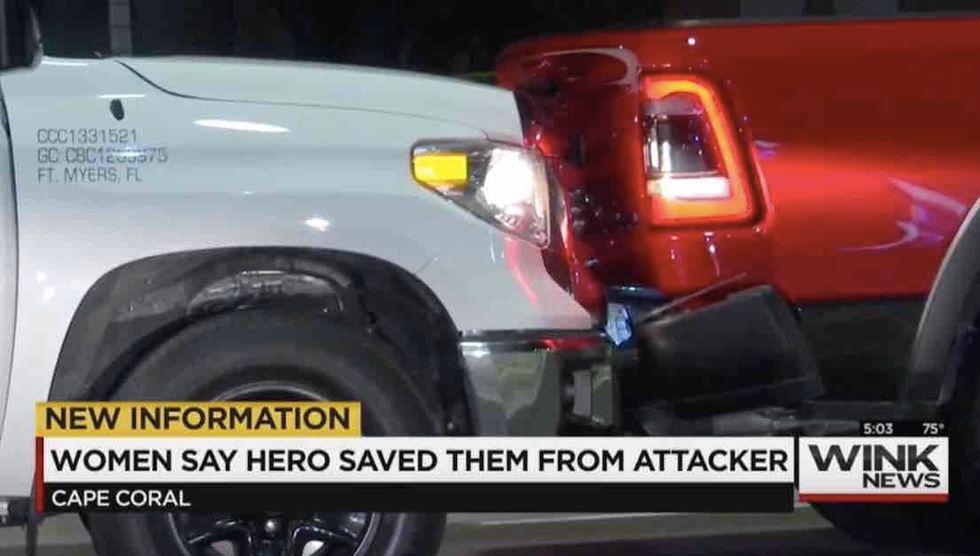 This time Rossi didn't merely pull out his gun — he pulled the trigger, firing several shots into the back of Lesniak's truck and then holding him at gunpoint until police arrived, WINK reported.

Lesniak — of Nashua, New Hampshire — was charged with four counts of aggravated assault with a deadly weapon: his truck, WFTX said, adding that he was taken to jail.

No one was hurt, WINK added.

"I just yelled out, like, 'God, please help us! Save us! Make sure I go home alive and safe,'" Emily Gallagher told WINK. "God was with us; He definitely was."

Ashley Gallagher, speaking of Rossi, said he's "an amazing person, and he saved our lives, and he's a hero, he really is." 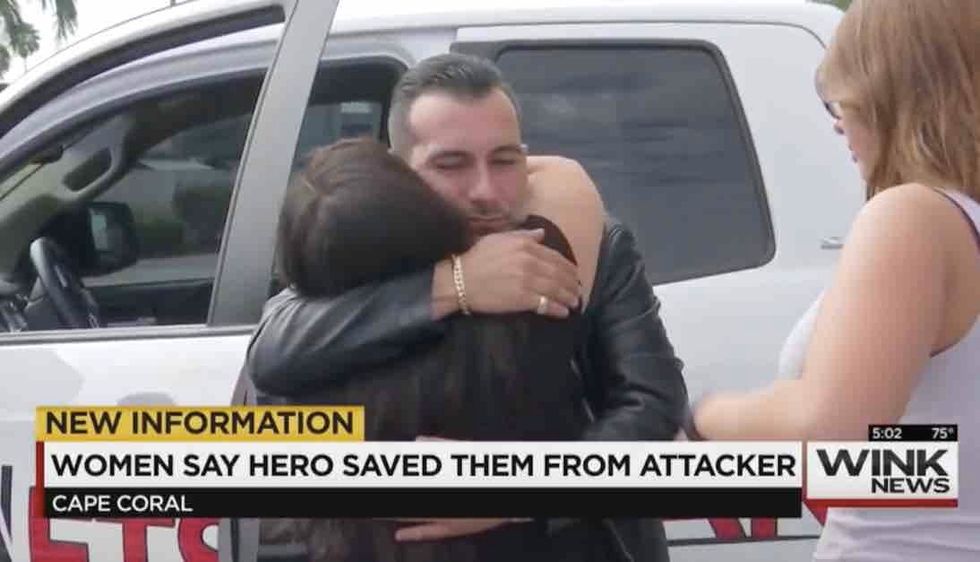 Officers determined that the firing on Lesniak's pickup was in self-defense in response to Lesniak's aggressive actions, WFTX reported.

“I just did what I would want anybody to do for me and my family," Rossi told WINK in the aftermath. “I appreciate it. I don't look at it as being a hero; I just look at it as doing what was necessary to be done to protect them."