'I should just come to you and cough on you!': Portland activist threatens Mayor Ted Wheeler for not freezing rent amid coronavirus outbreak

'What are you gonna do about that?'

Now that the coronavirus is within our borders and spreading, it appears that some radicals in the far-left bastion of Portland, Oregon, are coming unglued — and eating their own.

Far-left Mayor Ted Wheeler — a lightning rod for criticism from conservatives over his handling of brutal Antifa rioting, violence, and general lawlessness in the city — announced a temporary halt on evictions amid the coronavirus outbreak that's crippling the economy, the Portland Tribune reported.

But Wheeler — who made the Tuesday announcement with Multnomah County Chairwoman Deborah Kafoury — got an earful from activists who hijacked the news conference at McCoy Health Department headquarters, the paper said.

First up was a black-clad activist who took over the podium microphone after Wheeler stepped away from it. The protester said in a rapid-fire delivery that the halt on evictions was of "no use to the people of Portland."

"Neither the virus nor the housing crisis will disappear at the end of the month or in three months or in six months," the activist said. "Freezing rent until the economy can safely recover is the only way to keep thousands more Portlanders off the streets."

He then led a rousing "Flatten the curve! Freeze the rents!" chant. 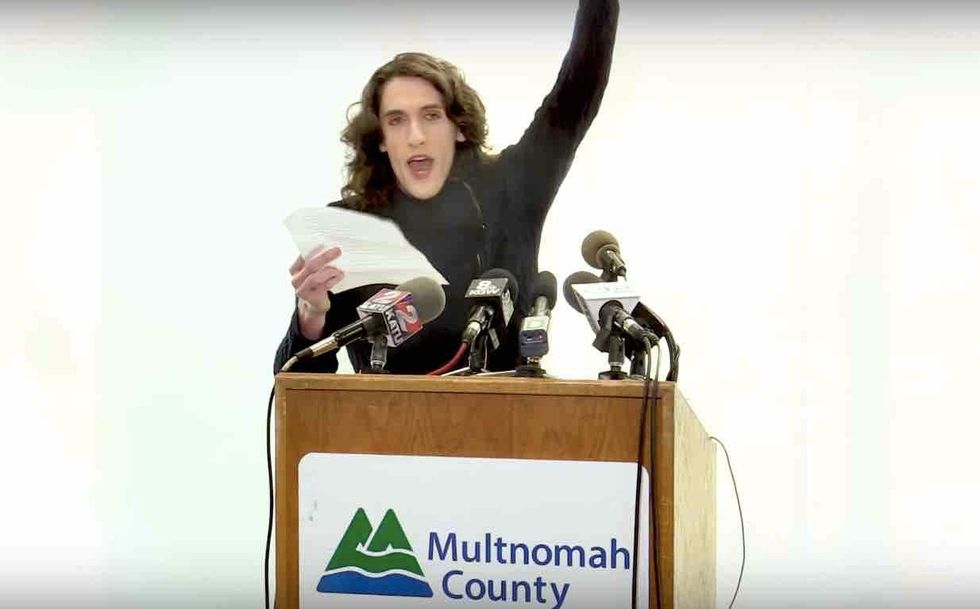 After the first protester was done, another activist spoke up, yelling that "you will not be able to collect [rent] from us!" and telling Wheeler that "you need to be held to account!"

The mayor told the woman that "you need to go outside."

"No, I don't need to do anything!" the woman shot back. "I should just come to you and cough on you! What are you gonna do about that?" 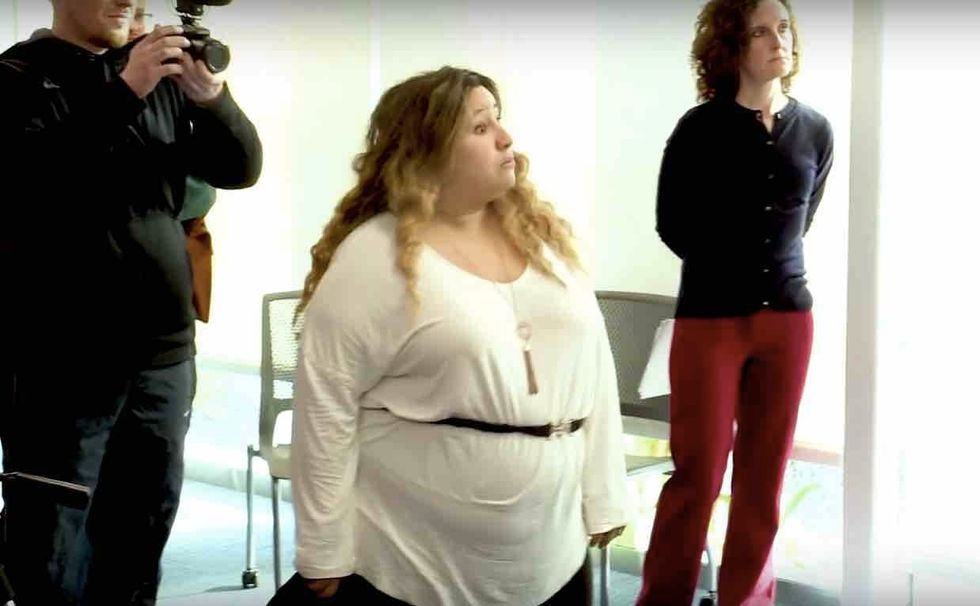 Wheeler replied in shock: "Really? You will say that in front of the entire meeting? You will come and cough on me?"

"Yeah!" the woman hollered back at the mayor repeatedly as the prospect of catching the coronavirus is on everybody's mind.

When Wheeler returned to the podium to answer questions, he noted that he believes the crisis will "bring out the best in all of us."

With that, a voice out of camera range — presumably the woman who threatened to cough on him — asked Wheeler, "Will it bring out the best in you as a capitalist?"

Wheeler shot back that "you got your time at the mic."

The demonstrators were eventually led out of the room, the paper said — and sounds of repeated coughing were heard soon after the exchange between Wheeler and the woman activist.

From now on such press events will be closed to the public, the Tribune reported.

"Disruptive and threatening behavior is harmful, counterproductive, and could be criminal," County spokeswoman Julie Sullivan-Springhetti added to the paper. "Threatening to give people COVID and then repeatedly coughing in the face of a young security guard and reporters who have to show up to do their job is shocking and unacceptable."