President Trump surprises military family at State of the Union by reuniting them with husband, dad home early from Afghanistan

'Tonight we have a very special surprise'

"Amy works full time and volunteers countless hours helping other military families," Trump said as cameras trained upon Williams and her kids, who were seated next to first lady Melania Trump. "For the past seven months, she has done it all while her husband, Sgt. First Class Townsend Williams, is in Afghanistan on his fourth deployment to the Middle East." 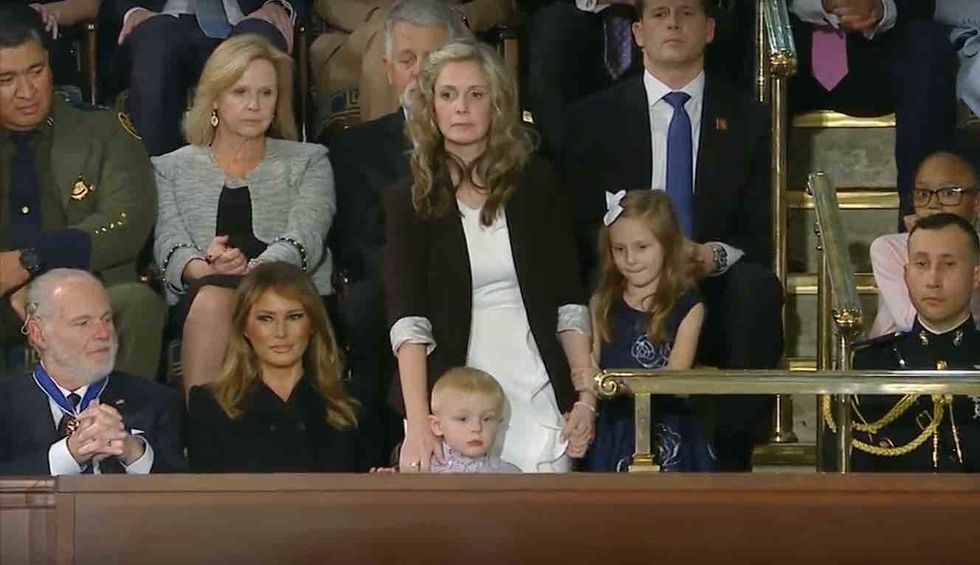 The president added that "Amy's kids have not seen their father's face in many months. Amy, your family's sacrifice makes it possible for all of our families to live in safety and in peace, and we want to thank you."


With that, she and her children got a standing ovation. 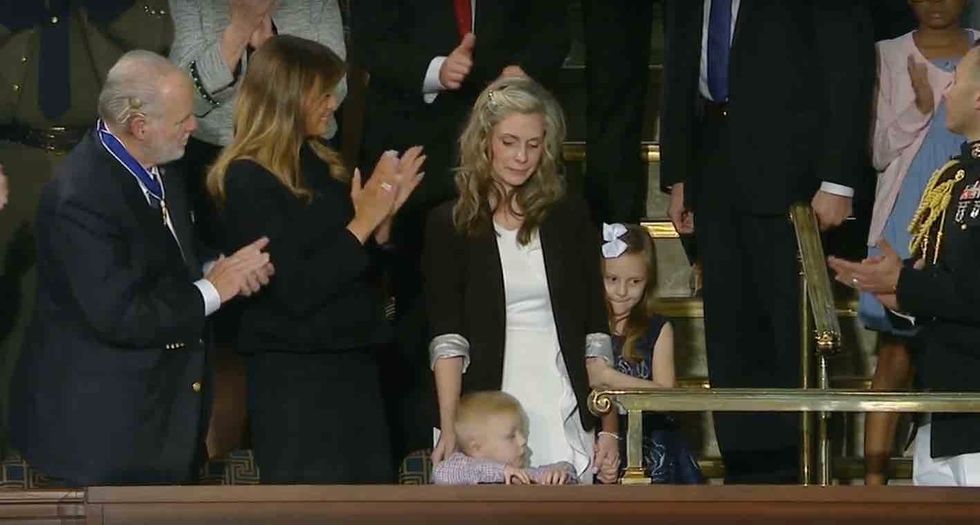 'But Amy, there is one more thing'

Trump wasn't through, however.

"But Amy, there is one more thing. Tonight we have a very special surprise. I am thrilled to inform you that your husband is back from deployment. He is here with us tonight, and we couldn't keep him waiting any longer," Trump said as Sgt. Williams walked down the steps as the chamber erupted. 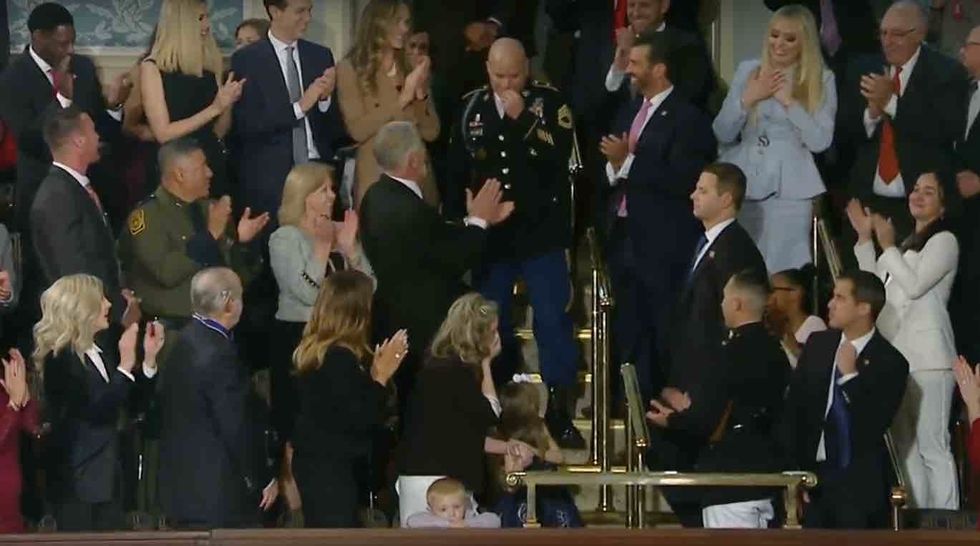 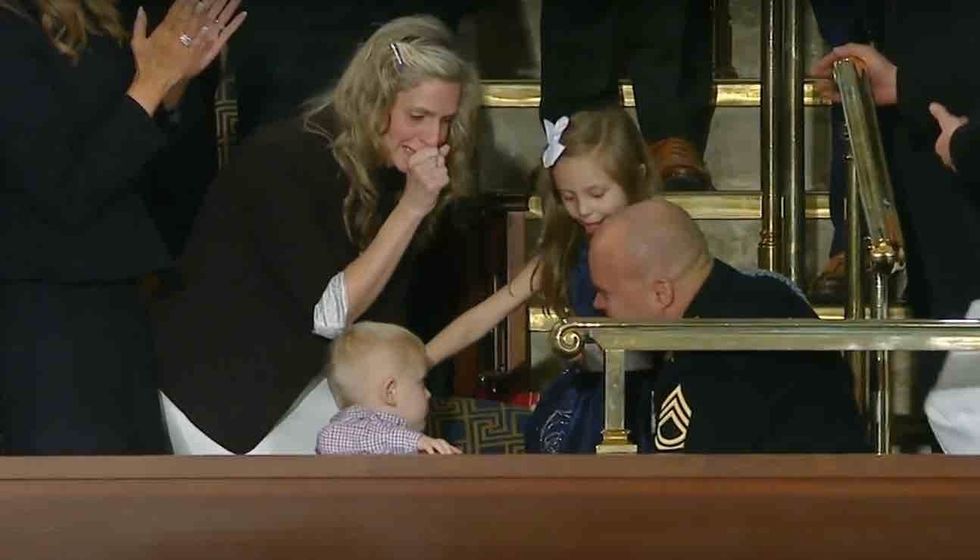 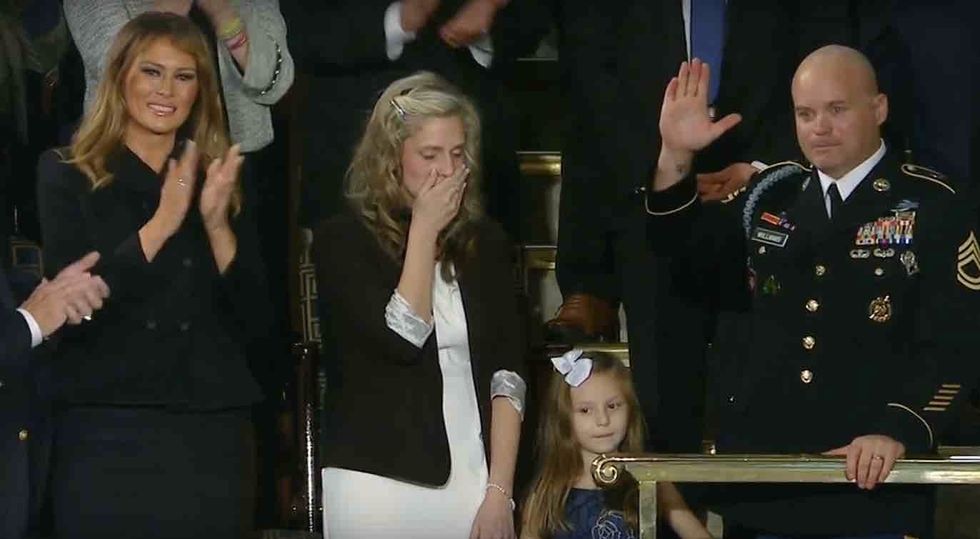 There was even a "USA!" chant prior to Trump continuing with his address.