That Awesome J.J. Watt Video You're Seeing Everywhere Is Probably Staged — but Still Fun to Watch

When a “fan” crashed the stage during a Zac Brown Band concert in Milwaukee, Wisconsin, Houston Texans defensive end J.J. Watt was there to get the situation under control with a perfectly executed tackle.

While the video is certainly entertaining to watch, the incident involving the famous Wisconsin native appears to be a creative — but staged — idea to entertain the fans.

The footage is still fun to watch:

Nobody messes with @zacbrownband pic.twitter.com/bS3Rat13xP

Some websites were still debating whether the tackle was staged on Monday, though SB Nation put it like this in its final analysis: 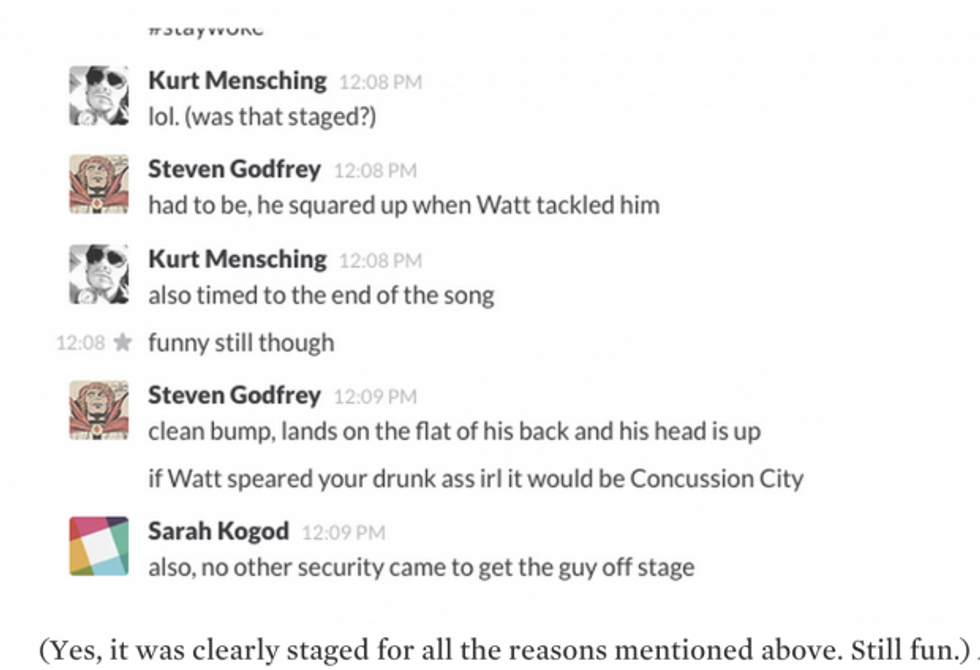