Fallon hurt his other hand in spill at a party in his honor on Saturday.

Jimmy Fallon probably didn't expect to make another trip to the hospital so soon https://t.co/kkSBuVbYPG pic.twitter.com/elcHptUcjb

Four months after the "Tonight Show" host needed emergency surgery to save one of his fingers after a fall, Fallon hurt his other hand in spill at a party in his honor on Saturday.

NO NO NO Jimmy why??!#JimmyFallon

Fallon had received a humor award from the Harvard Lampoon in Boston earlier Saturday, but at the party he tripped and fell allegedly while holding a bottle of Jaegermeister and needed a trip to the hospital, People reported.

Here's a clip of Fallon's fall:

Fallon tweeted a picture Sunday of his hand with a couple small bandages on his fingers, writing that it was "nothing a few band aids couldn't fix."

Nothing that a few band aids couldn't fix.

The "Saturday Night Live" alum needed to have a vein taken from his foot over the summer to repair the injured finger on his left hand. He said his wedding ring got caught when he tried to break his fall after tripping on a rug. 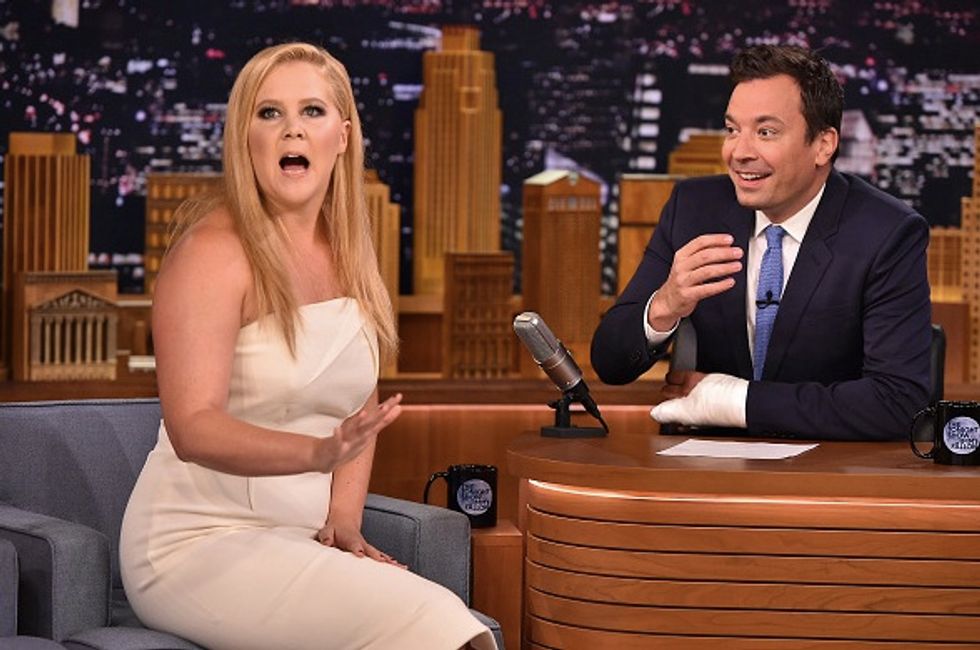