UFC star Conor McGregor let loose on a TMZ photographer for a "stupid" question he asked back in December.

McGregor was asked Wednesday if he regrets calling one of his opponents, Nate Diaz, a "cholo," which, as the photographer pointed out, is "racially motivated." "Did you mean to say it like that?" the photographer asked McGregor. 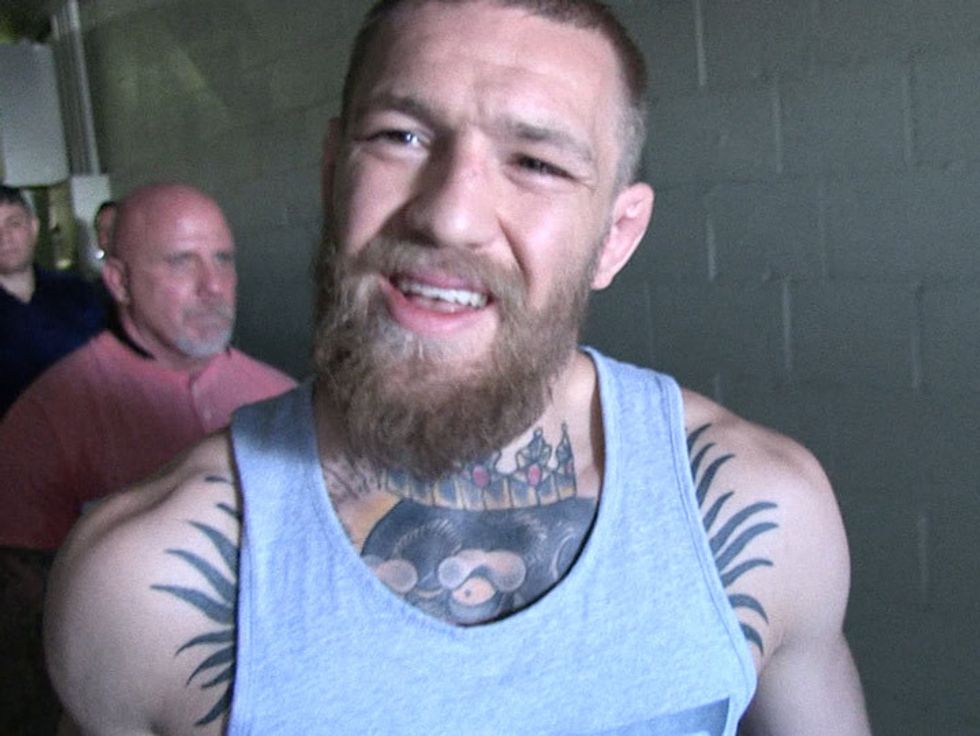 The UFC star then recalled a question the same photographer had asked him back in December about whether he would "whoop Jesus Christ's a**."

"That was such a stupid question," McGregor said.

Pressed by the photographer as they exited the building, the UFC star added one more insult. "You're an idiot," McGregor said.