Comedian George Lopez went ballistic on an audience member who apparently took offense to a racial joke he made over the weekend.

Lopez appeared at the Celebrity Theatre in Phoenix Saturday, where video captured him making a joke about people of his own race, Vibe reported.

“There are only two rules in the Latino family. Don’t marry somebody black and don’t park in front of our house," Lopez said.

Many in the audience laughed, but there was at least one woman who didn't find it funny. TMZ obtained footage of the incident, which shows the audience member standing up as she raises both arms. Vibe reported that the woman in question was raising her middle fingers at the comedian. 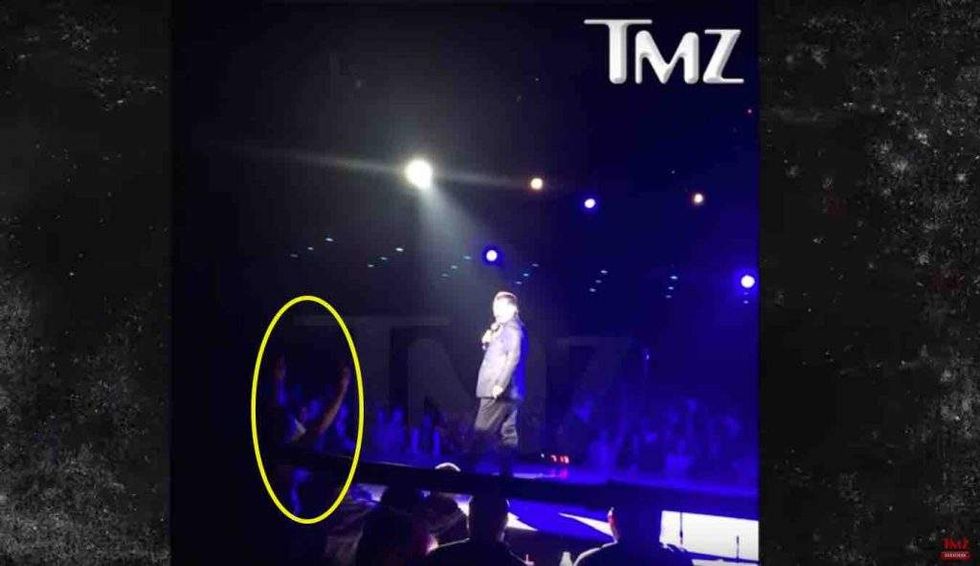 Lopez noticed the woman and walked across the stage to get closer. He then proceeded to publicly berate her and eventually kicked her out.

"Sit your f**king a** down or get the f**k out," Lopez added, to thunderous applause from the rest of the audience.

The comedian offered the audience member two options: "Shut the f*** up or sit the f*** down."

But then, moments later, Lopez made the choice for her: "Get the f*** out of here."

The woman was escorted out of the room by a security officer. At least three other people sitting next to her also left.