President Donald Trump slammed on Twitter the account being reported by mainstream media that there was a previously undisclosed second meeting between the president and Russian Federation President Vladimir Trump. (Saul Loeb/AFP/Getty Images)
Carlos Garcia

President Donald Trump took to his Twitter account Tuesday to slam the account being reported by mainstream media that there was a previously undisclosed second meeting between the president and Russian Federation President Vladimir Trump.

"Fake News story of secret dinner with Putin is "sick." All G 20 leaders, and spouses, were invited by the Chancellor of Germany," the president tweeted. "Press knew!"

He added a second tweet, "The Fake News is becoming more and more dishonest! Even a dinner arranged for top 20 leaders in Germany is made to look sinister!"

CNN reported that a White House official confirmed the meeting, saying it was nearly an hour-long meeting and came after a dinner hosted by German Chancellor Angela Merkel at the G20 economic summit on July 7.

They also indicated that there was only a Russian translator present, a fact that raised eyebrows among critics of the president.

A statement from the White House defended the meeting, saying it was not outside of common practice. "It is not merely perfectly normal, it is part of a president's duties, to interact with world leaders," the statement read.

The president's agenda has faced some stumbling blocks as Democrats and other Trump critics have accused his campaign officials of colluding with the Russian government before the election.

Prior to the New York Times reporting that Donald Trump Jr. and other officials met with Russians while seeking to obtain damaging information on then-Democratic nominee Hillary Clinton, there was no real evidence of a willingness to collude with foreign governments. 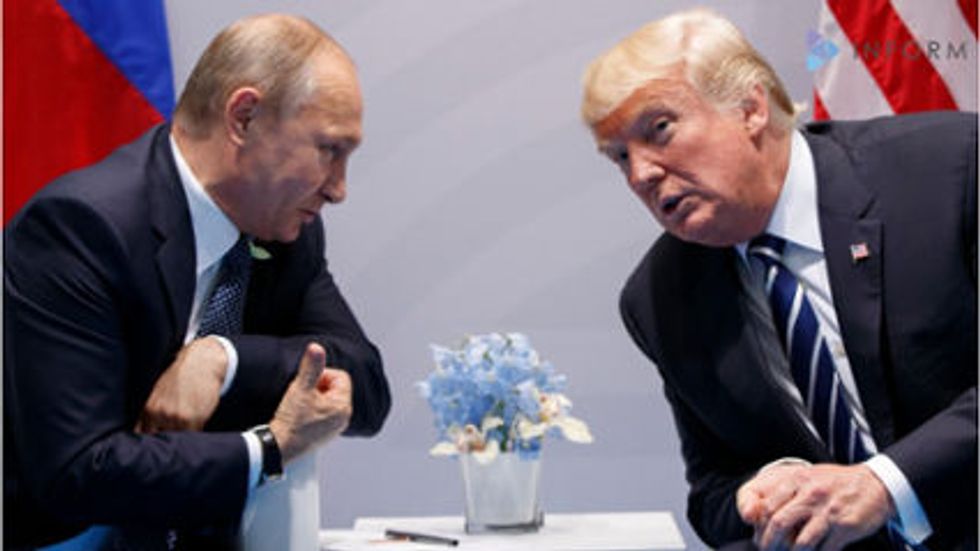