Phoenix Mayor Greg Stanton posted a statement about President Donald Trump's planned rally in his city, and he is not happy about it.

My statement on Trump's August 22 event at the @PhoenixConvCtr. pic.twitter.com/nPYIHX5eVg

"I am disappointed that President Trump has chosen to hold a campaign rally as our nation is still healing from the tragic events in Charlottesville," the statement read. "If President Trump is coming to Phoenix to announce a pardon for former Sheriff Joe Arpaio, then it will be clear that his true intent is to enflame emotions and further divide our nation.

"It is my hope that more sound judgment prevails and that he delays his visit," he said.

"With regard to the use of the Phoenix Convention Center for the rally: This is a public facility and open to anyone to rent," it continued, "and that includes the Trump campaign. Our Constitution protects the right to free speech, even for those we disagree with or those who don't represent the values we hold dear as a community.

"In preparation for this event," he concluded, "my focus and that of the Phoenix Police Department is on keeping everyone — those attending the rally, those expressing their First Amendment rights outside and the general public — safe."

Soon after, Trump posted an advertisement for the rally in a seeming response to the request from the mayor.

"Join me at 7:00 P.M. on Tuesday, August 22nd in Phoenix, Arizona at the Phoenix Convention Center!" the tweet from the president read.

Political commentators had speculated that the president was going to pardon former Sheriff Joe Arpaio, who was a vehement opponent of illegal immigration, and a great supporter of Donald Trump. Stanton's statement will no doubt encourage such speculation.

Arpaio was found guilty of criminal contempt of court for ignoring a court order demanding he stop raids that were using racial profiling. 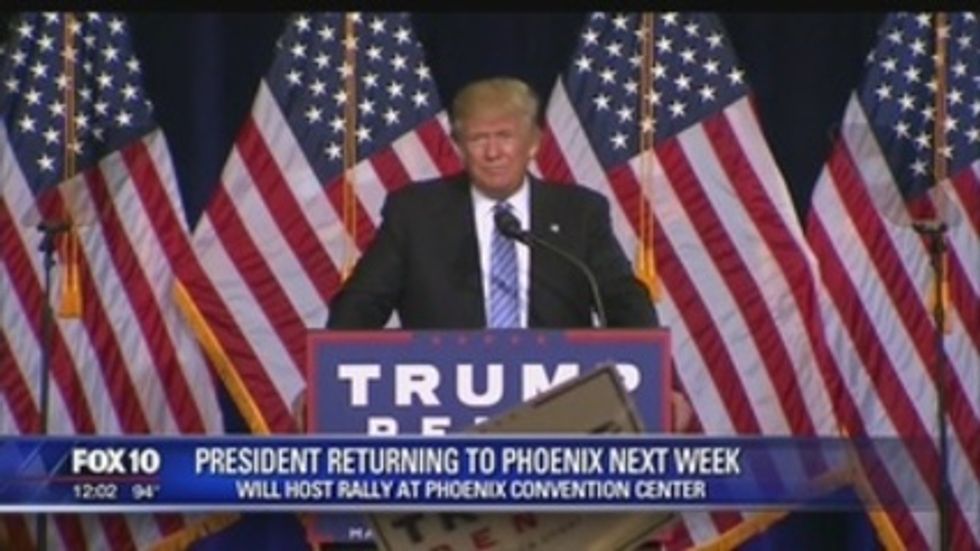