Fox News anchor Shepard Smith reported on Wednesday that despite working hard to find Republicans to come on his show to defend President Trump's comments about the attack in Charlottesville, Virginia, none accepted the invitation. (Image Source: YouTube screenshot.)
Carlos Garcia

Fox News anchor Shepard Smith said Wednesday that his show reached out to Republicans in order to find someone to defend the comments President Trump made about the attack in Charlottesville, Virginia. He related on air how the politicians responded to his request.

"Our booking team, and they're good," he said, "reached out to Republicans of all stripes across the country today, let's be honest Republicans often don't really mind coming on Fox News channel."

"Uh, we couldn't get anyone to come and defend him here," he added, "because we thought, in balance, someone should do that."

"We worked very hard at it throughout the day," he continued, "and we were unsuccessful."

"And of those who are condemning the president's condemnable actions, I've not heard any prominent leaders, former presidents, members of the House or the Senate use his name while speaking in generalities," he concluded.

Trump started a political firestorm when he lashed out against the media and blamed "both sides" for the car attack allegedly by a white supremacist at the white nationalist rally. This was after making a similar statement previously, and then making a second statement clearly condemning the extremists who allegedly inspired the attack.

Some conservatives like Senator Marco Rubio (R-Fla.) have come out with statements in contrast to his, but not directly contradicting him. Charles Krauthammer called the statement a "moral disgrace." Right-wing allies of the president like Laura Ingraham continue to defend him despite the public furor. 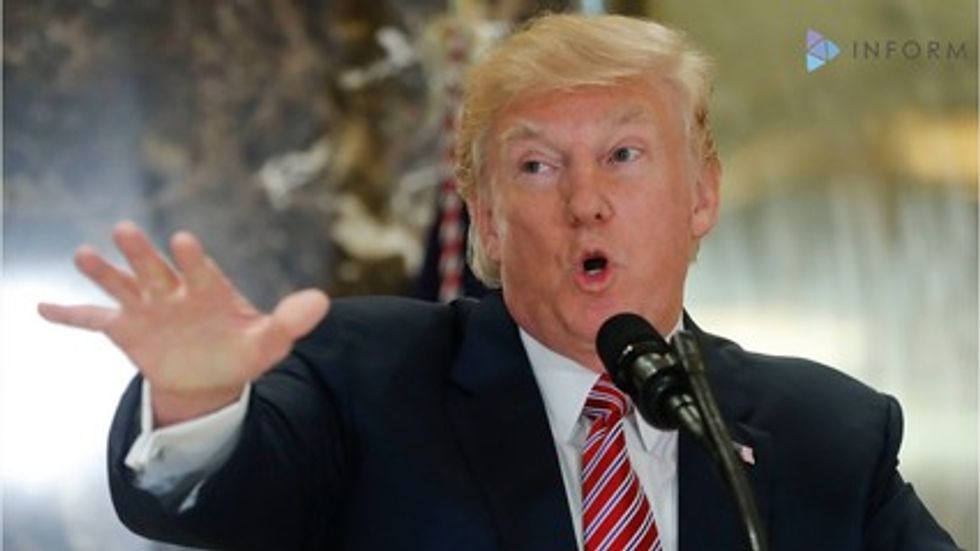