Breaking: Steve Bannon already claimed a new job, and it's a familiar one

After the firing of White House chief strategist Steve Bannon, a senior Breitbart staffer warns that the news organization might "help" with the President Donald Trump impeachment effort if the administration breaks its campaign promises. (Dominick Reuter/AFP/Getty Images)
Carlos Garcia

After being fired from his position as a senior advisor to President Trump, Stephen Bannon has already jumped onto his next career, and it's a familiar one. He's back at the helm of Breitbart News, the position he left to join the Trump administration.

In a celebratory post on the news outlet, they proclaimed Bannon as a populist hero, and predicted greater heights of glory under his new direction.

“The populist-nationalist movement got a lot stronger today,” said Editor-in-Chief Alex Marlow. “Breitbart gained an executive chairman with his finger on the pulse of the Trump agenda.”

“Breitbart’s pace of global expansion will only accelerate with Steve back,” said CEO and President Larry Solov. “The sky’s the limit.”

According to the post, Bannon had asked to leave the administration nearly two weeks ago on August 7, which undermines the reporting that he had been fired.

While some have tied Bannon to the alt-right movement because of previous statements he's made, he has described himself instead as an "economic nationalist." In recent weeks a "fire Bannon" campaign began among the left and others who were blaming him for the white nationalist attack in Charlottesville, Virginia. 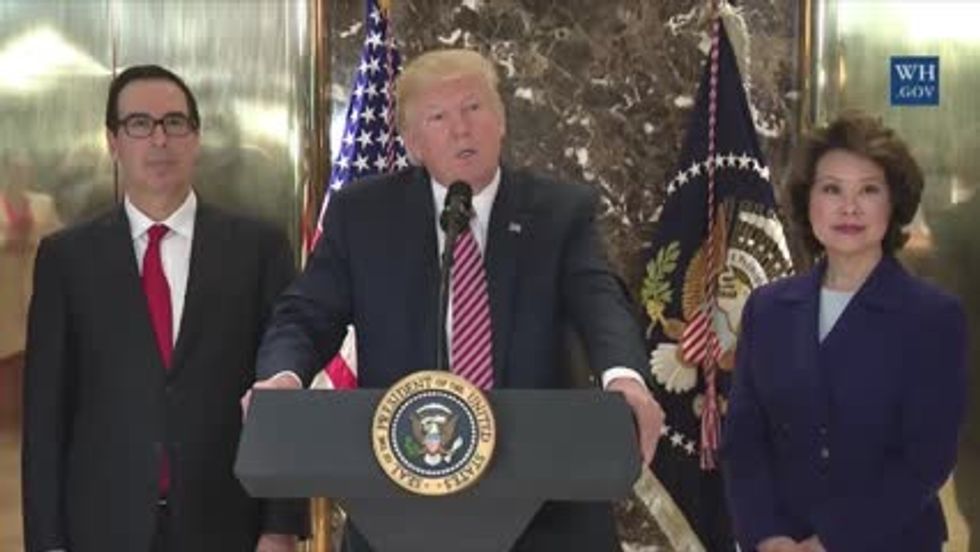