"Saturday Night Live" writer and comedian Tina Fey made a special appearance Thursday night on the show's "news" segment, "Weekend Update," to show how difficult it is to deal with President Donald Trump and his first term.

In the sketch, Fey offered a way to deal with all the emotions in response to Trump's actions, and she inadvertently portrayed a picture of a liberal being triggered by every item on the president's agenda.

"I know a lot of us are feeling anxious, and we're asking ourselves, 'What can I do? I'm just one person, what can I do?'" she said. "And so I would urge people this Saturday instead of participating in the screaming matches and potential violence, find a local business you support — maybe a Jewish-run bakery, or an African-American-run bakery — order a cake with the American flag on it, and uhm, just eat it."

"Love is love, Collin!" she responded, with cake in her mouth.

"And the next time when you see a bunch of white boys in polo shirts screaming about taking our country back, when you wanna scream, 'It's not our country, we stole it, from the Native Americans!' And when you want to yell it, don't yell at the Klan, Collin, yell it into the cake!" she said.

"Then when Ann Coulter crawls out of her roach motel and says, 'Antifa attacked Republicans in Berkeley,' and you're like, 'OK, yard sale Barbie, but the other side is Nazis and Klansmen! And also who drove the car into the crowd? Hillary's emails?" she shouted.

"Sheetcaking is a grassroots movement, Collin!" She said later in the sketch, to loud applause. "Most of the women I know have been doing it once a week since the election!"

She also called House Speaker Paul Ryan (R-Wis.) a "p***y" for not standing up to Trump.

The writers of "Saturday Night Live" has constantly used the actions of the administration as fodder for their sketches, and the media have showered the show with praise. Some reports indicated that Trump was upset with the show's characterization of former White House press secretary Sean Spicer and that Trump had considered firing Spicer over it.

Fey is well known for her impersonation of former Alaska Gov. Sarah Palin when she was former GOP presidential nominee John McCain's running mate in 2008. 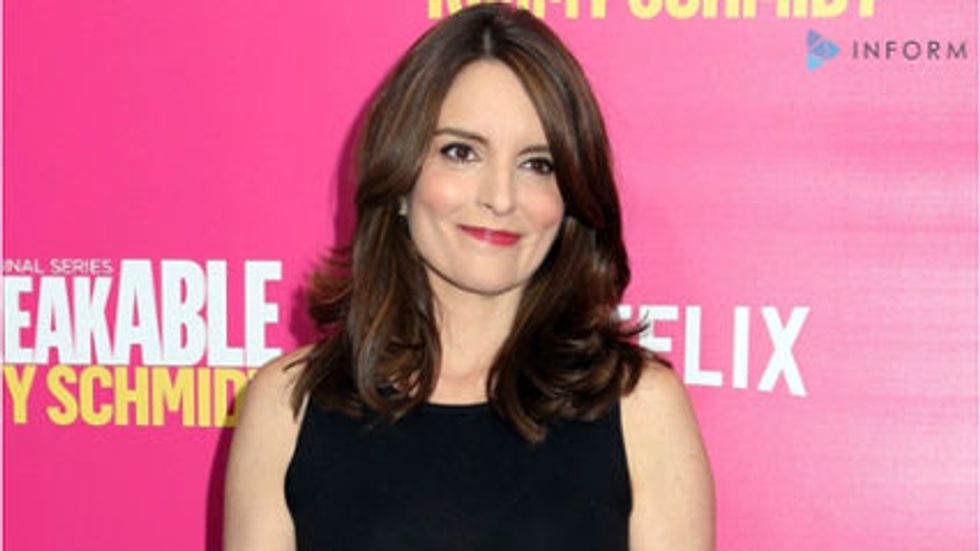